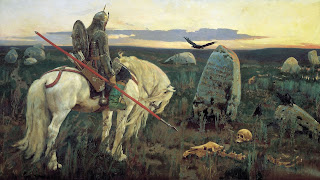 I have a real desire to shake it up a bit in 2012. I've been playing both 4E and Pathfinder weekly since they were released, but  I spent much of the last year fighting burnout. Not burnout from gaming...hell no!.....but from playing too many "D&D-likes."

There's a problem with D&D and its iterations that is not, in and of itself, an issue unless your interests in story telling start to diverge from the expectations of the rules set. D&D necessarily is about larger-than-life heroes who advance to amazing degrees of power at often alarming rates. You start a campaign fending off kobolds, but you end that campaign giving Orcus a wedgie. This is simply a fact of life with D&D.

Anyway, I think for 2012 I want to get back to the two things I love most in games: a sense of realism (i.e. better suspension of disbelief) and a much, much flatter power curve. Like, maybe a power slope you can travel up on a walker rather than the more conventional Mount Everest curve of your typical D&D campaign.

Now, I don't know how I'm going to accomplish this....but I shall try. My Saturday group is very committed to Pathfinder, but it's okay because they are by and large fairly relaxed gamers who do not spend hours upon hours engaged in system mastery power exploitation. As such, even at level 11-13 where they are all sitting right now it is generally possible to provide a challenge to them (and ridiculously easy to throw something in that TPKs them if I were suddenly inspired to evil). This group does have the off-Saturday, however, and I think I could convince them to accept that as the "experimental night" for games. Maybe get some Mutant Epoch, Traveller or Dragon Age in there.

My Wednesday group is receptive to all sorts of stuff, and is now keen on playing Legend (again, technically, since we did RQII last year). This is good.

So yeah, for 2012 I think I'd like to make a commitment to at least get one campaign in of each of these games (Dragon Age, Mutant Epoch, Legend) and if possible I'd love to finally get back to some regular GURPS and also Traveller. 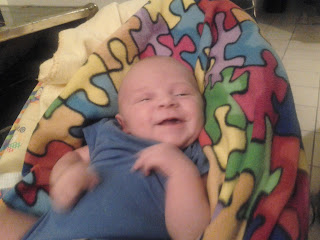 *Actual evil baby genius laugh may have been hallucinated**

**Actual baby is alarmingly cute and not evil at all! Nonetheless his mind control powers are staggering.
Posted by Doctor Futurity at 7:00 AM

Email ThisBlogThis!Share to TwitterShare to FacebookShare to Pinterest
Labels: gaming 2012