The world of Cenotaph was one of the first to be discovered in the Eidolon Expanse, and is where the lone Eidolon named Titus dwells. 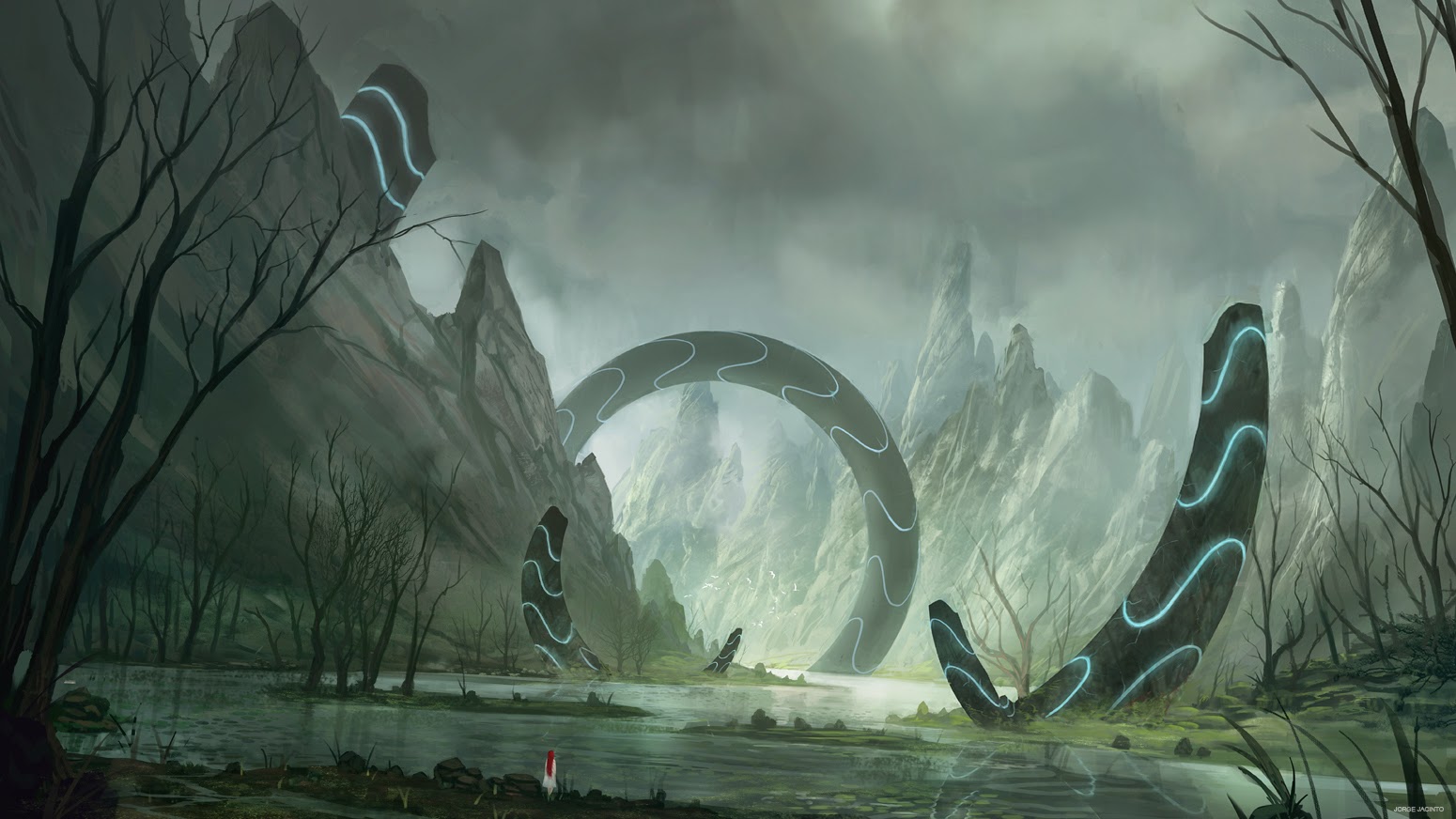 Cenotaph is currently a center of research on the relics of the largely intact Cenotaph civilization, and a study of the survivor species, which appear to be a mutational mix of megafauna and imported alien lifeforms that reside in "bands" of livable territory where the radiation and fallout of twenty centuries earlier have not sterilized the planet. Despite the surviving life, it is too risky to place an outpost on the planet and only temporary settlements for research of no more than a week with shielding are permitted right now. Researchers outside of the Academy regularly stay at the Orbital Station (called Portal) working under contract or doing private research on Cenotaph. The lone Eidolon Titus dwells in the largest ruin on the planet, the once-great city he calls Denosius.

The explorers and researchers on Cenotaph are welcome, but the lure of ancient yet intact technology brings all sorts of relic hunters to this corner of the galaxy. The veyr modest local presence of the Colonial Defense is understaffed and all told has thirty men and one local system cutter for defense. They don't really think they need it, though: the eidolon Titus has proven to be an effective one-man army against any threats to the system.

Aside from the bizarre imported alien life and megafauna, the world is still rife with relic tech and machine defenses. Mutated creatures which were "altered" by the nanophages are still free and dangerous, but their bodies were purged long ago of the nanophages by the eidolons.

Cenotaph Hunter Megaufauna
Agility D8, Smarts D4(A), Spirit D8, Strength D12+12, Vigor D12
Skills: Fighting D12, Notice D6
Pace: 12, Parry: 8, Toughness 28 (+20 heavy armor)
Environmental Resistance: +8 (radiation)
Gargantuan: Add +4 to attack rolls due to size; it has heavy armor and its attacks are treated as heavy weapons.
Fearless: immune to fear and intimidation (but see below)
Bite: Str+1D8 heavy weapon
Crush: The Hunter can crush any target in its path of movement. Any target in its path if motion is subject to a Fighting roll from the Hunter vs. an Agility roll or take STR+1D4 damage. Target continue to take damage and is pinned if the Hunter stops in his space.

Hunters are typical megafauna that survived on Cenotaph, prowling about and eating the gigantic plant eaters that thrive in the habitable bands of the planet. They are few in nunber but almost unkillable. They are fearless, but can be cowed by a being which gets their attention, usually with significant damage: such creatures will be left alone, perceived as "one of the pack." They all react with deference, almost like enormous pets, to the Eidolons.