I used the giant spider in the MM as a base, but the gargantuan spider is simply a must-have for any high level game. When the spider as big as a Volkswagen no longer terrifies, try one bigger than a gas station instead! 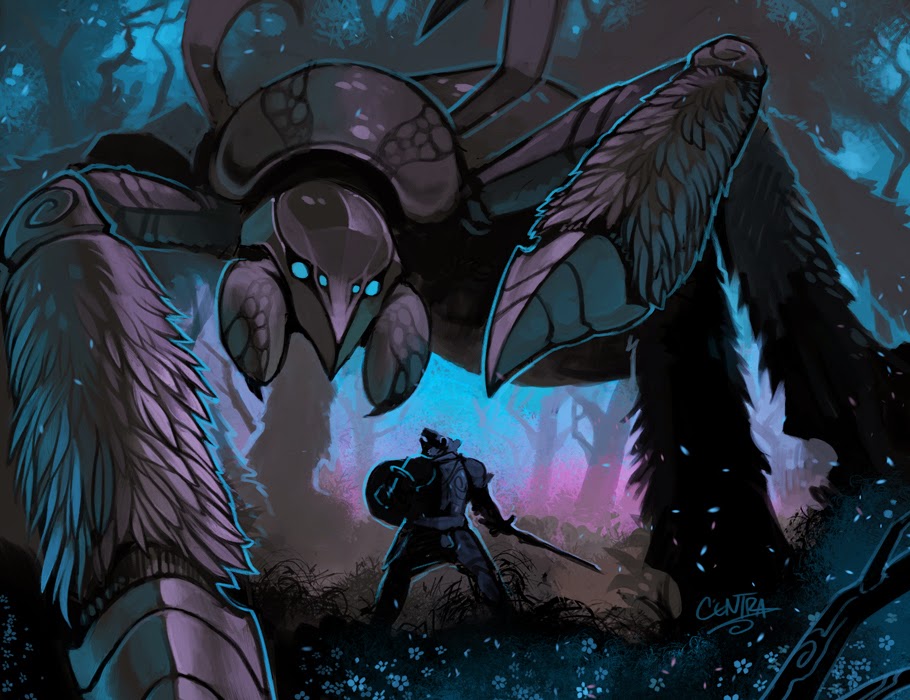 Gargantuan Spider
CR 17 (18,000 XP)
Unaligned gargantuan beast
Initiative +2
DEFENSE
AC 17 (natural chitinous armor)
HP 300 (20D20+80)
OFFENSE
Speed 40 feet
Melee Attack – Bite +10 to hit (reach 15 feet, one creature) 8D10+12 piercing damage and the target must make a DC 18 CON save or take an additional 8D12 poison damage (half on a successful save). Targets bitten in this manner which are reduced to zero hit points begin to liquefy internally and roll disadvantage on death saves; if the target stabilizes he remains paralyzed for one hour afterward, even if hit points are brought back up to 1 or more.
Ranged Weapon Attack – Web-Blast (Recharge 5-6) +11 to hit (20 foot cone; all targets in area of effect); all targets in cone radius that are hit are also restrained. Targets in the area of effect can make a STR Save DC 19 to break free and move five feet. Any target moving into a webbed area is immediately restrained. Webbing is AC 10 and HP 30 (vulnerable to fire; immune to bludgeoning, poison and psychic).
Statistics
STR 22 (+6), DEX 14 (+2), CON 18 (+4), INT 5 (-3), WIS 12 (+1), CHA 4 (-3)
Skills: Stealth +7
Languages: none, though gargantuan spiders are cunning enough to grasp the meaning of some words
Senses: blindsight 60’, darkvision 60’, Perception +6 (passive 16)
TRAITS
Spider Climb – gargantuan spiders can climb like their brethren, though they often can’t find the surface space for proper purchase. Unlike their brethren they are unable to hang upside down due to their immense size and weight, so their spider climbing is limited to vertical surface only on which they can gain purchase.
Spider Senses – gargantuan spiders have web sense and web walker like regular giant spiders.

Gargantuan spiders haunt the darkest forests and deepest caverns. It is possible they are the long-lived survivors of giant spider kind grown immense with age, or they could be some natural denizen that was mutated by a mad wizard, planar magic, or weird interbreeding. Either way, they are terrifying.

Because of their size gargantuan spiders can’t hang upside down and they no longer spray strands of web but more of a “blanket” of webbing that hits an entire area….after which they pick and choose what they like to eat using their liquefying venom.