Print copies of Fifth Edition Foes, Book of Lost Spells and Quests of Doom I and II are in my hands

Just a note for those of you who were waiting to hear about final releases on this: all four books arrived Tuesday, and they look great with strong, solid binding, nice covers, and good thick pages designed to handle lots of use. If you were waiting to see these actually manifest before committing, now is the time!

Here's a run down on what each book offers:

Fifth Edition Foes: 259 pages of about 254 Fifth Edition Monsters, presumably many of which should look familiar to Tome of Horrors, Monstrosities and other Frog God product owners. Having these monsters in 5E versions makes conversion of other Frog God products much easier, and also means you can get the myriad monsters Frog God/Necromancer got special permission to remake back in the 3.0 D20 era, including some favorites of mine such as the Froghemoth and vegepygmies. No Orcus stat bar, alas. Either way, given the slow schedule of releases for official D&D 5E, having this book will prove invaluable to DMs everywhere.

Book of Lost Spells: 136 pages containing roughly over 700 spells. SEVEN HUNDRED. You could run a 5E game with this tome that never once sees the use of a PHB spell from your spell caster. And the amazing thing? Not many of these are spells that will cause your DM to go into spasms...too often. Many are very flavorful while not being game-breaking. "Story mode spells" if you will.

Quests of Doom I: 12 scenarios totaling 192 pages of various levels (a revision of a previous work for Pathfinder you may be familiar with). Includes various new monster and NPC stat blocks as well that you can recycle into your own games.

Quests of Doom II: an additional 6 scenarios in 100 pages (the rest of what didn't make it into volume I from the Pathfinder original). Only one Typo of Note so far (on the back cover, a bit groan-worthy but ah well).

As usual get these from Frog God here. If you order them directly PDF is free with the print version! I've had great success with them lately thanks to my habit of snatching up whatever coupons they fire my way each day, and I have to say that Frog God is one of the best online retailers I've ordered from. 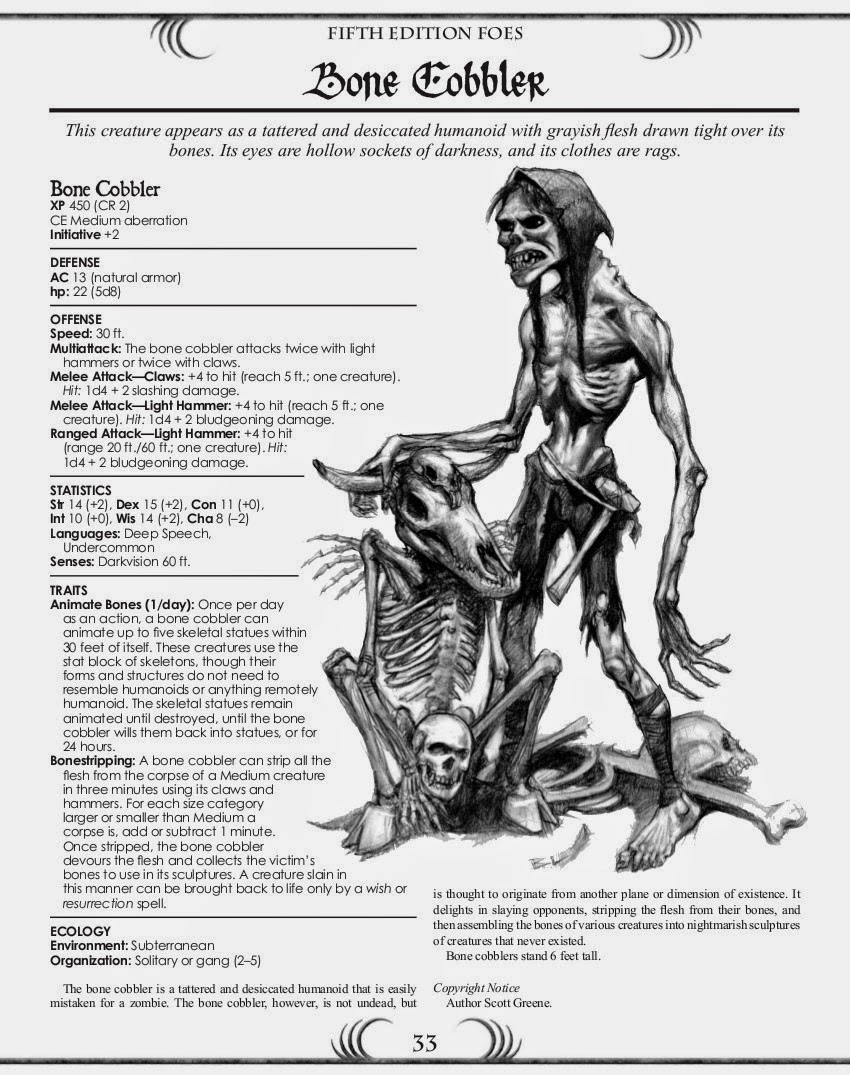