Time to kick it high-level in D&D 5E 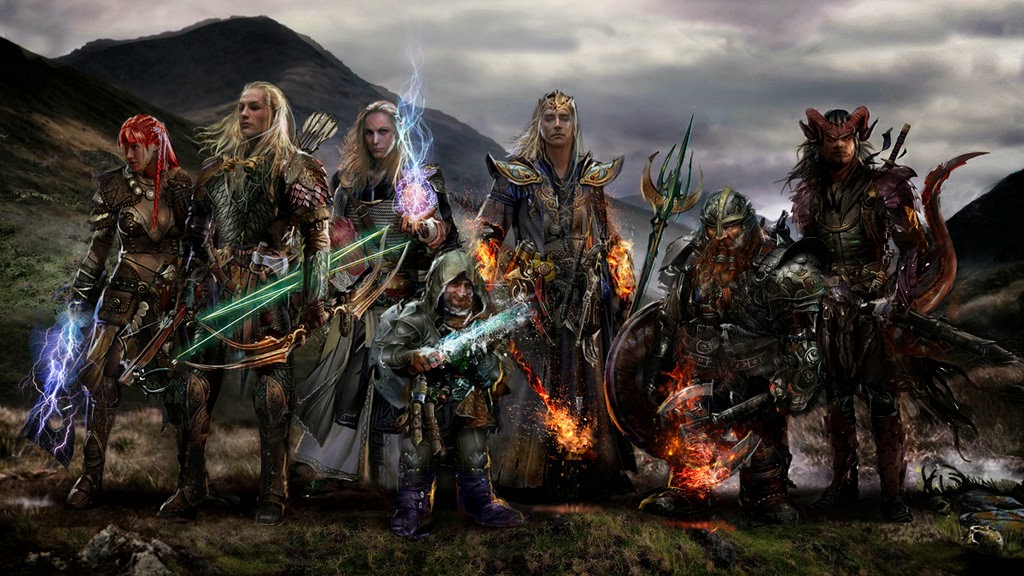 My Saturday group has the principle host taking a sabbatical soon, during which we'll be without the usual haunt we've had for gaming on the weekend for many years now. To fix this I'm moving the group to the FLGS where my Wednesday group meets, although I may suffer the horror of hosting at my place of residence on those Saturdays otherwise dominated by Magic at the game shop...Magic player get pretty loud, didja know that?

Anyway, since we've got about 9 weeks with a host and player absent, I am proposing to my game group that I run a nine-session campaign in D&D 5E that starts at level 11 and assumes some pretty competent characters. In working out specifics I realized that starting a high level game in D&D 5E means a few interesting options not previously in the game (such as skill training) or framed in a different way in 5E (such as magic items and the lack of an economy for such).

The DMG includes some suggestions on what players can start with in terms of gold and magic (with variants for low and high magic settings), but beyond that there are other interesting things to consider, such as:

Other interesting things high level character can spend moolah on:

1.  Skills, languages and tool proficiency. In 5E while you start with all of these as part of your class, and can get more if you want with a feat, the downtime rules in the DMG indicate that you can seek out training between adventures, and it effectively costs 250 GP and 6 months to gain proficiency in a new skill. There is no level-dependent cap on how many skills and tool proficiencies you can have, nor an intelligence maximum on how many languages you can know, so this suggests that wealthy high-level PCs with lots of cash and downtime should in theory have a lot of trained skills.

2. Housing. At this level PCs start with enough gold to possibly own a guildhouse or other structure. Pooling money could let them buy a stronghold or even a ship. Interestingly at level 11 I'd say adventurers in 5E are --in terms of wealth-- closer to 5th-8th level 3rd edition/PF characters (I'll have to muster up the energy to analyze that).

3. Magic Items. Outside of any free magic picks the book suggests, as you may know D&D 5E does not default to assume a magic item economy, although it does provide rules on how to set one up that enforces the notion that magic items do not have fixed values, and barter, trade, coercion and services/quests will be a big factor in the acquisition of such. For my campaign, and brevity, I'm letting my players use their starting gold to buy common magic items for 100 GP and uncommon magic items for 500 GP, but they only start with one rare magic item.

4. Spells. Wizards can research spells at a cost of 50 GP and 2 hours per level, and other classes not saddled with spell books can spend money on spell scrolls to stock up on those spells that don't fit so easily in your allotted memorized spell lists.

5. Hirelings. The hireling costs are in the PHB, but let's face it....by 11th level every self-respecting adventurer has got to have a couple porters, a torchbearer and maybe an apprentice or squire following him or her around, right?

Anyway, I am giving my group the option to stick with the current level 7 characters and continue their ongoing travails, but if they want to keep that campaign on hold until our missing player/host returns from sabbatical, I am suggesting that the high-level option I propose would be a great way to explore 5E in a new direction. Back in the day starting a game at level 10 or higher in 3rd edition or Pathfinder was more of a novelty, a filler for single sessions, because usually by level 14-15 the game got so crazy and swingy that it was too much to deal with, and thus did the campaigns tend to close around those levels. Something tells me that high level play in 5E isn't going to be quite so problematic, but I am really interested to see.