Previously appearing as a 13th age monster, I now offer the 5E version of this race of uplifted apemen... 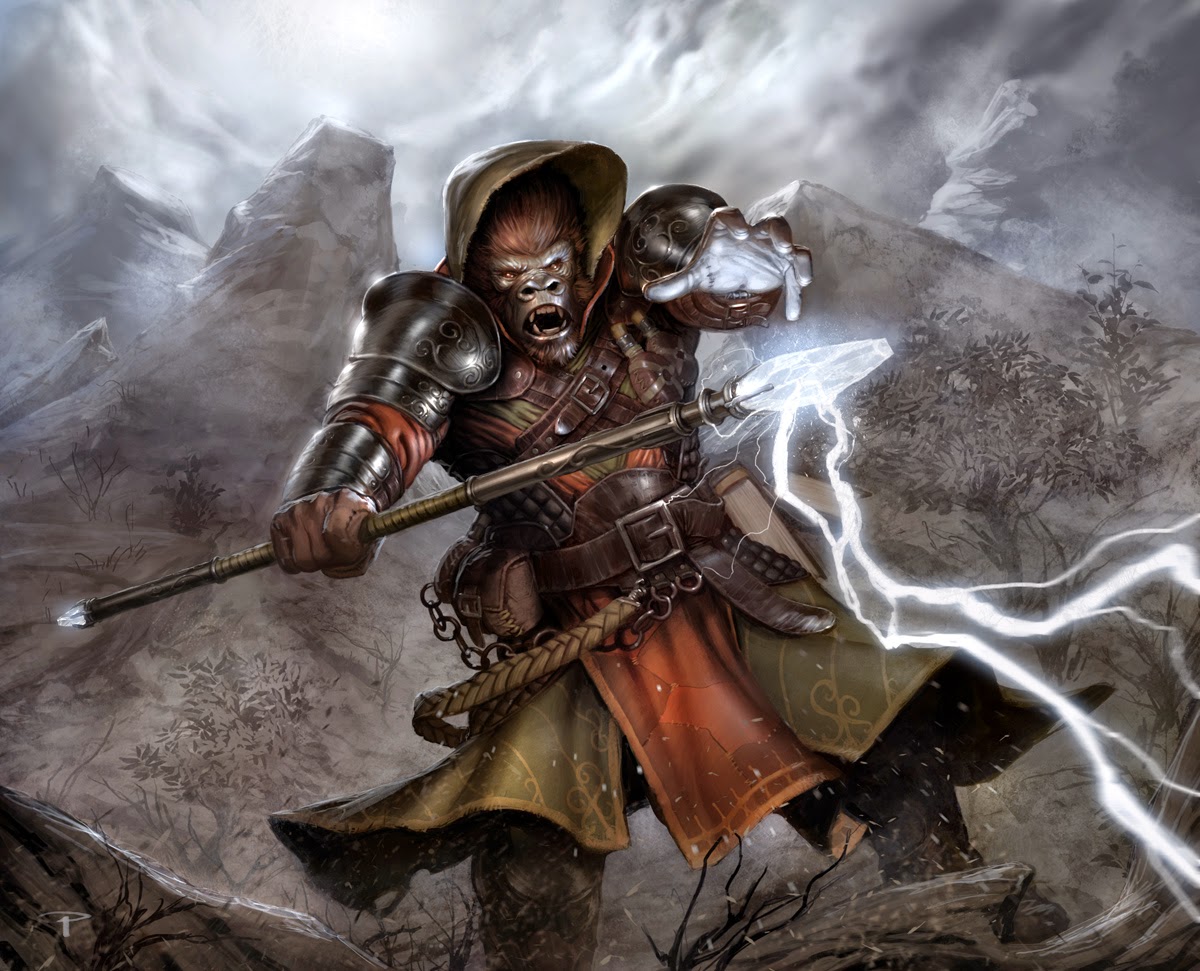 Deep in the wilderness of the immense Amech Jungles are an ancient race of intelligent apes, beastmen who's origins are now lost to time, though some scholars of esoteric lore suggest that they were created as warriors and slaves for the ancient Kadantanian Empire, a cruel regime of mad sorcerers which fell centuries ago to internal conflict.

The baltorklani are actually descended from several magically uplifted apes, including chimpanzees, baboons and gorillas. The gorillas deeply resent being compared to other lesser apemen, especially chimpanzees, which they despise as cunning and untrustworthy. They see the baboons as chattel and treat them as such, delegating the baboons to lesser slaves whenever they can.

In the Amech wilderness the three types of baltorklani tend to segment themselves whenever they can, at least in those cases where a powerful gorilla warrior doesn't rise up and subjugate the others to form his own small empire. These baltorklani gorilla leaders are very dangerous to the human populations in such regions, and the kingdom of Belladas remembers the war with the baltorklani warlord Jezovash less than a century ago well...it was a costly battle.

Baltorklani Ape Men as a Character Race: +2 Strength, +1 Dexterity; racial proficiency in Survival; gain one fist attack (1D6+Str bludgeoning damage) and the Jungle Rage effect; requires a short rest after use before being available for use again. 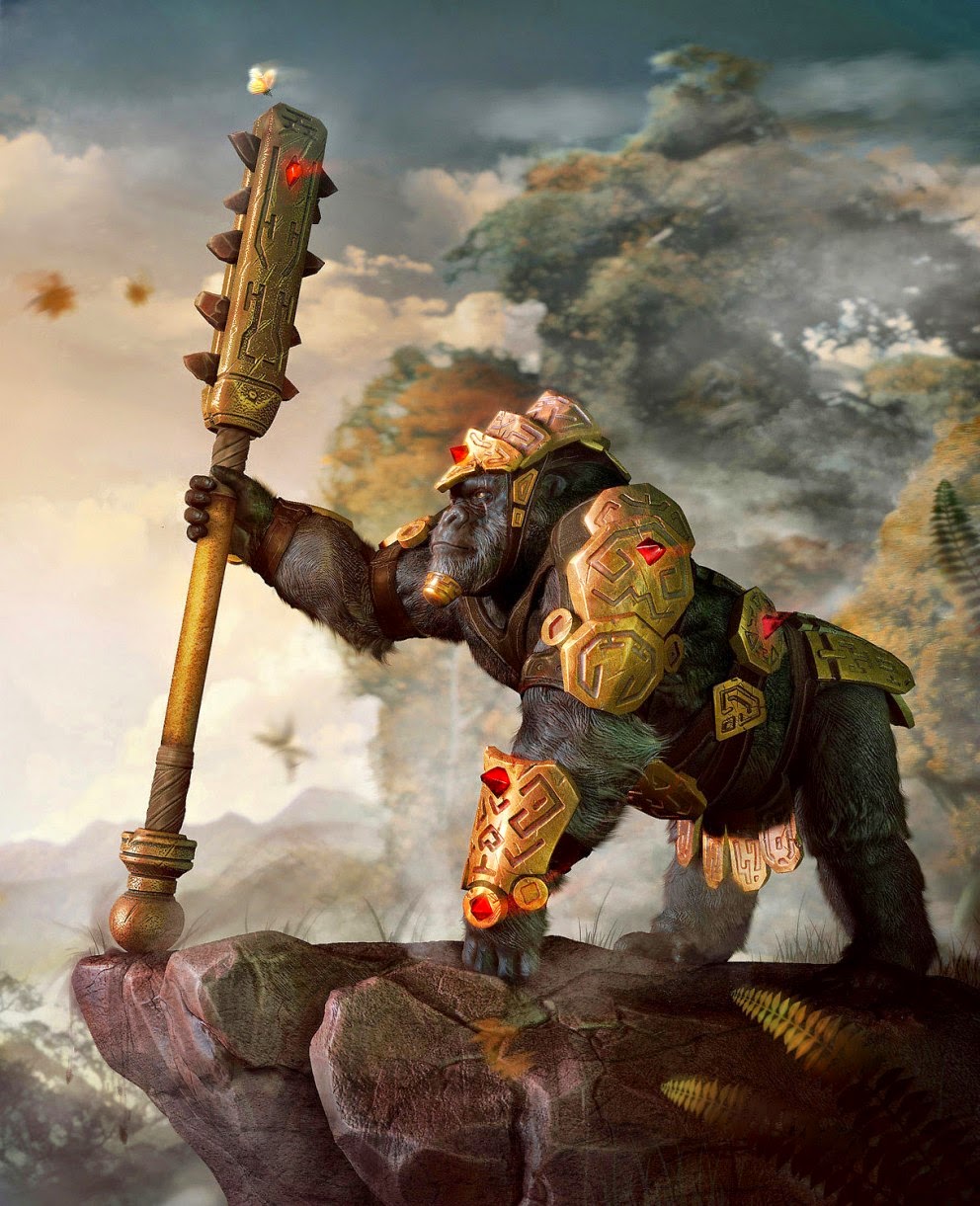 The uplifted chimpanzees of baltorklani society are the thieves and wizards with their cunning and intelligence.

Baltorklani Chimpanzees as a Character Race: +1 Intelligence, +2 Dexterity; racial proficiency in Acrobatics; gain one fist attack (1D4+Dex bludgeoning damage; finess attack) and Jungle Predators (advantage on stealth checks in the wilderness to ambush foes and move through difficult terrain as if it were normal).