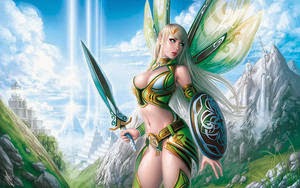 This came up....in fact it will be addressed/dealt with Saturday night, but some of my players plan to torture me with pixie PCs in the level 11 game! I devised the following stats and wanted to share them....anyway, what follows is a sort of hybrid methodology of adopting a monster stat block to suit a PC's needs...can't say it's balanced, but one could argue that any player who wants to play a pixie is by definition a little unbalanced....Ba DOOM!

So, how to make a Pixie adventurer:

Ability Scores: Go to the pixie page in the Monster Manual. You start with this as the base pixie, at level 0. You start with the following stat modifiers that are applied after you point-buy or roll: -8 STR, +10 DEX, -2 CON, +0 INT, +4 WIS and +5 CHA. Any stat that ends up at 0 or less becomes 1 and any stat that is greater than 20 caps at 20. Or just use the stats in the MM as-is.

Remember that your encumbrance as a tiny creature is 1/2 of a medium or small creature.

Movement: Speed on foot is 10 feet and flight speed is 30 feet

Alternative Staggered Magic: instead of getting them all at once spells are awarded as you level. Pick four spells from the list above at level 1, and an additional spell at level 2, 3, 5, 7, 9 and 11.

Superior Invisibility: pixies can turn invisible until its concentration ends (as if concentrating on a spell). Any equipment the pixe wears or carries is invisible with it. This is at-will.

Damage Expression: pixies can deal 1 point of damage to other tiny creatures with tiny weapons. Pixies cannot deal physical damage (slashing/bludgeoning/piercing) to small, medium or larger creatures, period, unless the tiny weapon is enchanted for a damage bonus. So in other words a Tiny Frost Brand sword +1 for a pixie can do a base zero damage +1 magical plus special damage effect.

Languages: sylvan and one other (usually common).

Tiny Equipment: pixies can find equipment with 1/4 the weight value in their size.

Pixie armor: pixies can wear something that looks like armor (and any armor they get has 1/4 the weight value of a normal equivalent suit, but costs twice as much because they either have to secure it from stingy faeries or human doll makers who work in miniature) but the armor has no AC value (all AC 10 plus Dex modifier) due to the fact that it's tiny armor and can barely stop a bee sting let alone a sword. As such, all pixie armor only gets a protection bonus based on any magic enchantments. 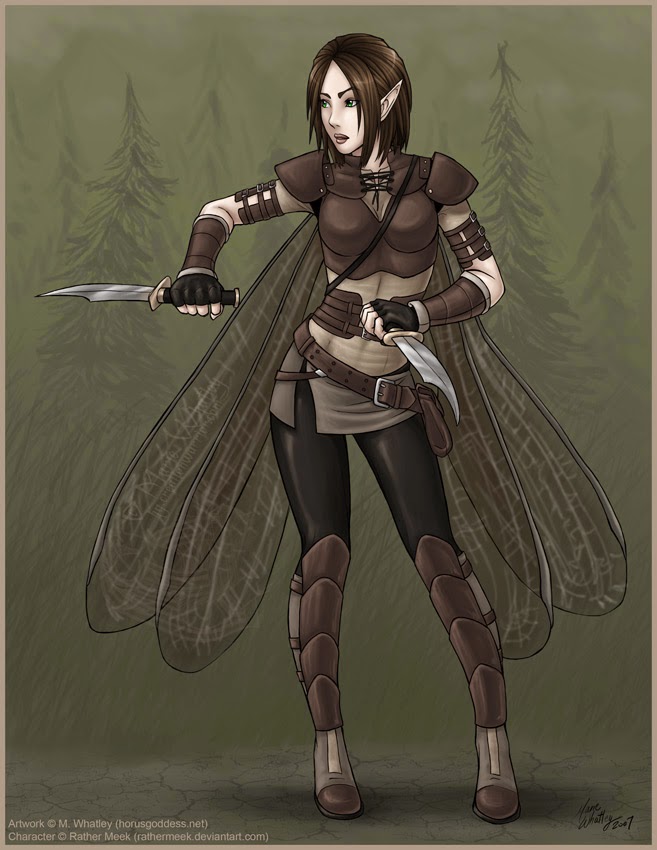 Addendum: the Saturday night game had one pixie warlock in it (fay pact if you couldn't guess...) and she was terrifying. Insisible strafe-bombing an erinyes with eldritch blast for the win. The player who is running the pixies isn't terribly experienced with gaming (having returned after an age's absence to the fold) so I am quite comfortable with her getting a chance to shine as a seriously over-powered tiny terror....but let me just say that I'd probably veto pixies as presented here (a replication of their MM entry) in the hands of even a moderately power-gaming focused player.
Posted by Doctor Futurity at 6:00 AM