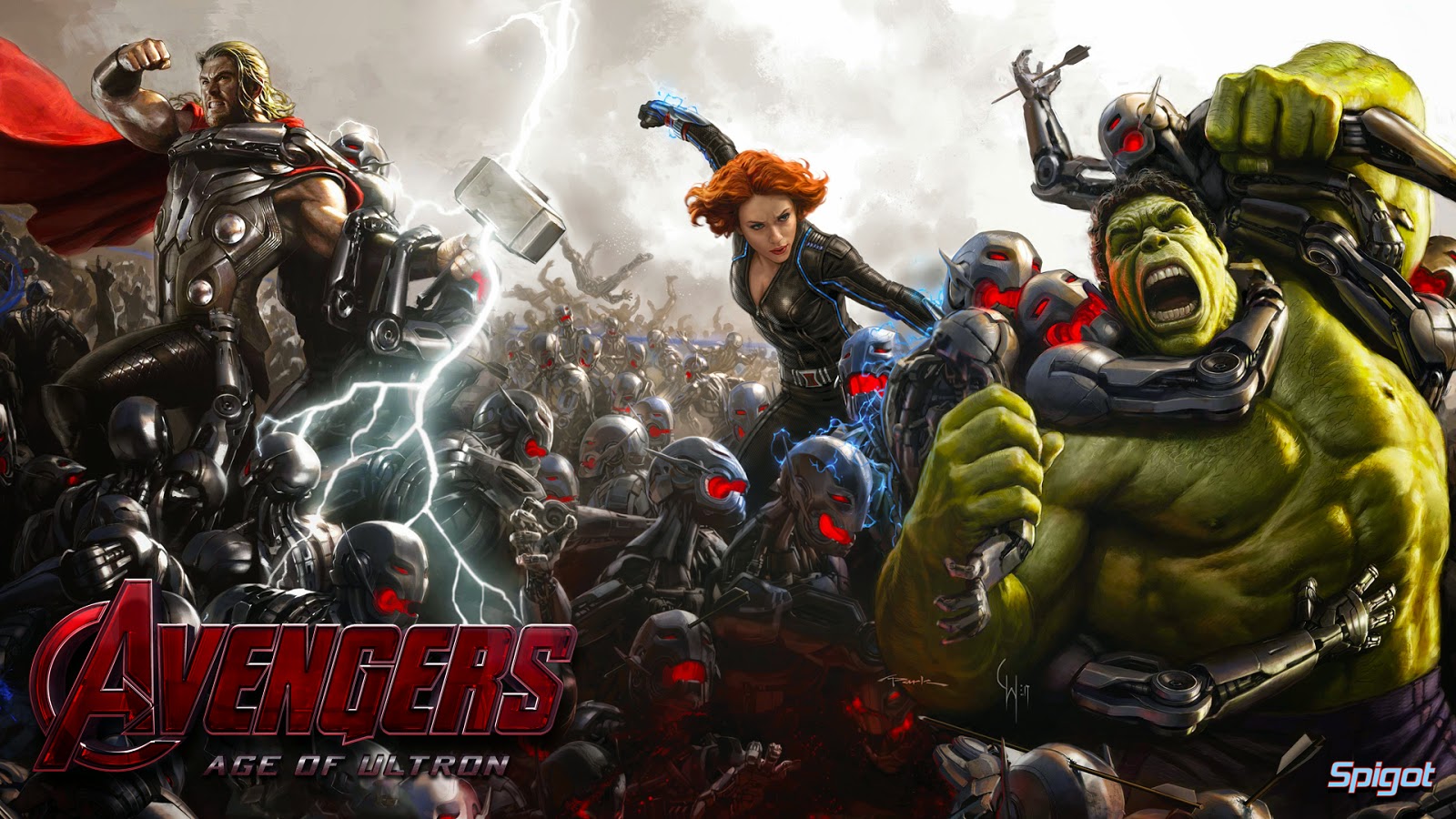 My wife and I took the day to see a double-feature at a local theater that played the first Avengers movie followed by Avengers: Age of Ultron. The grand parents were nice enough to take our son for a day or two, as he is a bit too young for a nearly three hour long movie full of explosions.

Short review: great Avengers movie. Possibly better than the first, and that's with getting to watch the first right before for comparison. More going on in this one, of course, and it does much to shake up the direction of the Avengers films (and Marvel Cineverse) by the film's end. Ultron was a great villain...Wakanda was name-dropped....new heroes rose up, old ones retired....somebody dies....a really great ride all the way to the end.

One thing that was interesting about this movie: no single character dominated the screen, although when the vision finally arrives he has a presence that stands out. Ultron was fantastic, albeit less menacing in some ways than the comics have portrayed him in recent years, if you can imagine that. Scarlet Witch and Quicksilver had very interesting introductions and reasonably well-paced journeys from villains to heroes that felt right for the essence of each character without adhering to the specificity of their comic tales. Just keep in mind that in some ways Ultron in this movie fills in for the role Magneto played in their comic book mutant lives.

Anyway....A+++ movie once again from Marvel. Now I have to wonder: will Ant-Man finally be where we see the franchise stumble a bit? Something tells me not, the trailers look quite entertaining.
Posted by Doctor Futurity at 10:41 PM