At first converting 3.5 and Pathfinder monsters was looking like an elaborate dance falling somewhere between holistic shamanism and mathematics. I gradually realized I was over-analyzing the way to do conversions.... it finally dawned on me  that this was a much simpler process than I was thinking it would be. Here’s the way to make accurate  5E stat blocks out of Pathfinder and 3.5 edition monsters in a series or crazy-easy steps: 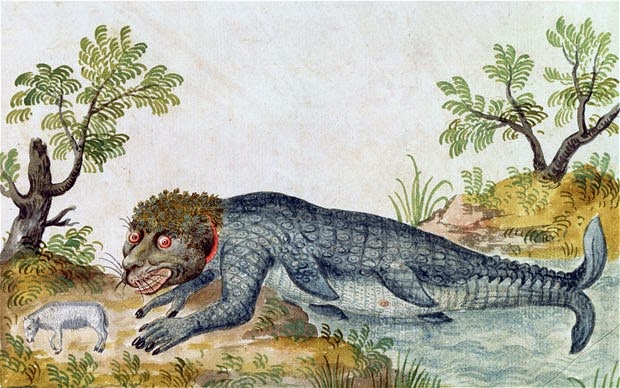 Write these down first, because they figure all the good stuff out in a moment. Once you have the attributes, you have the first half of your monster’s building blocks. When converting remember that in 3.5/PF undead and constructs don’t have CON scores, so substitute CHA in Pathfinder for undead charisma; otherwise make these scores 10.

Second, remember that 5E goes from 1 to 30 for monsters, so any monster in 3.5/PF with higher than a 30 gets rounded down to 30. You could probably shave a few points off of Pathfinder and 3.5 stats which are a tiny bit inflated, but we’re not going to sweat the small stuff here.

Write down the hit points. Actual damage expressions in 5E can be higher, sometimes much more so, but for conversion purposes we just need the average hit points to figure CR. Take the hit points and compare to the chart on page 274 of the 5e DMG. From this, write down the proficiency modifier for the monster by CR in 5E.

For Armor Class, start with 10 and then look at what the 3.5/PF version has. If it’s wearing armor, calculate from the 5E armor equivalent (applying any accepted Dex modifiers if allowed). If it has natural armor, take the natural armor, divide by 2 and then cap at a maximum bonus of 10 (or 12 if the creature should be treated as a legendary or high-level encounter). Apply dexterity only to natural armor of 4 or less.

Ignore size modifiers to AC. Ignore magical bonuses but if it has some sort of permanent magic armor, use the same rule as above. If it has multiple sources of armor, add them all together first and then divide by 2 and cap at 10 (or 12).

If your final armor calculation is higher than 23, consider capping it at 23.

Third: all the modifiers

Then note that the damage modifier will be based on the strength, dexterity and possible the magic attribute modifiers for all attacks.

Fourth: write down the defenses

If the creature has any spell resistance then give it the standard 5E Magic Resistance (advantage on saves vs. magic and spell effects).

If the creature is weak/vulnerable to an effect then it is vulnerable in 5E.

If the creature is immune to an effect then it is immune in 5E.

Radiant is holy and necrotic is negative energy/unholy.

Any turn or channel resistance becomes advantage on save vs. turn undead in 5E.

Fifth: write down the attacks

First, give the creature multi-attack with # of attacks per round. Then write down the melee and ranged, apply the appropriate attack bonuses determined in step three above, and note the reach and # of targets. Then write down just the damage dice, but bump all dice up one step (i.e. 1D6 becomes 1D8 or 2D8 becomes 2D10, etc.) for natural and magical attacks; convert to the closest normal weapon type if a weapon.

Then apply the correct damage modifier figured in step three above for each attack.

For add-ons such as being grabbed or grappled, note that it happens and figure the save DC (always relevant ability modifier plus proficiency).  Additional damage effects (such as rending) usually translate as-written (e.g. two claws need to hit for the effect to pop).

Weird effects usually translate directly, but if anything applies a condition or modifier, convert to the closest 5E condition (poisoned is always a good bet) or make it apply advantage/disadvantage accordingly.

Sixth: Write down any spells

For super quick and dirty just write them down and drop any that aren’t in 5E (or replace with closest analog, or just whatever floats your boat).

For slower quick and dirty check each spell and replace any that aren’t in 5E with a good equivalent, or look into the DMG’s appendix for spell conversion ideas.

You’ll find this isn’t as tough as it sounds….most spells have 5E analogs. Make sure to replace all DCs with the spell save DC determined in step 3.

Most monster special abilities are self-evident as to intent, and if you use them as-is, but substitute the 5E spell save DC and bump damage dice up one code, and replace modifiers with advantage/disadvantage, you’ll get the effect right most of the time. Some require a bit of holistic interpretation, and some may need you to scope out the monster abilities list for appropriate 5E analogs in the DMG, pages 280-281.

Movement in 3.5/PF translates directly into 5E. Senses translate more or less  (there are only 4 of them in 5E), and just treat low-light vision as darkvision in 5E. Figure perception as wisdom modifier plus proficiency.

For skills most monsters don’t need them. If there’s a skill that defines the monster, add it using proficiency+stat. That “one proficiency to rule them all” really does make 5E conversion easy.

For languages just write them down and substitute something else for any language not in your world or D&D 5E (e.g. I’d make Aklo either infernal, celestial or primordial….or just use it as-is because it’s cool).

Anything smaller than tiny becomes tiny in 5E. Anything bigger than huge becomes gargantuan.

If you have time, use the rules on pages 274-275 of the DMG to figure the CR as the average of the offensive and defensive CR. Now you know what level of 5E adventurer is going to find this a worthy challenge, a blood fest, or a cake-walk!

Finally: Stuff that doesn't translate well or we ignore

Remember, anytime you see a modifier greater than +2/-2 it should probably be advantage/disadvantage in 5E.

Just ignore all 3.5/PF feats. Trying to do conversions is a quick spiral into madness.

Five foot steps are an artifact of prior editions and have no place in 5E unless you houserule them in.

Save or die effects should be turned into their appropriate 5E equivalents (petrifying gaze of the medusa or any creature that deals energy drain damage in 5E should have the prior edition conversion work equivalently).

You can figure this out by determining creature hit die by size, factor in CON mod, determine the average HP per hit die and divide the HPs of the creature by that amount. If the expression isn't exact (especially if it's a Pathfinder monster with class hit dice, such as the samsaran example below) you can fudge it a bit or adjust the hit point average to reflect the correct hit dice. I'd err on the side of caution and round up when in doubt.

And now, some conversion examples! It is easier to do a conversion block of a Pathfinder or 3.5 monster than it is to write a new 3.5/PF monster from scratch. Go figure. 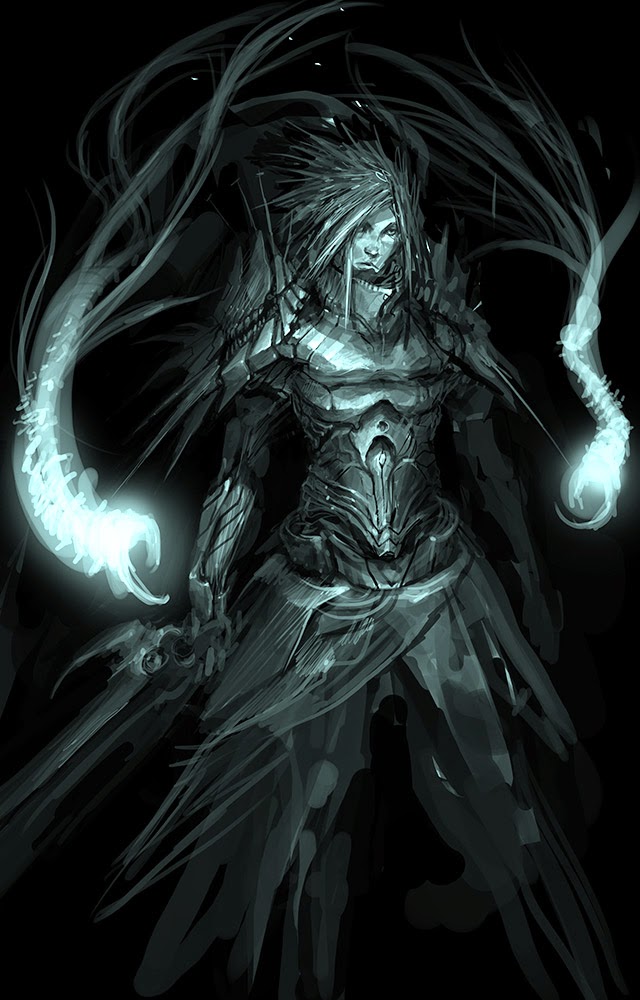 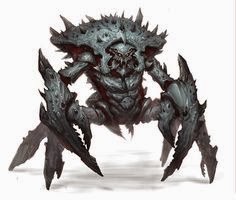 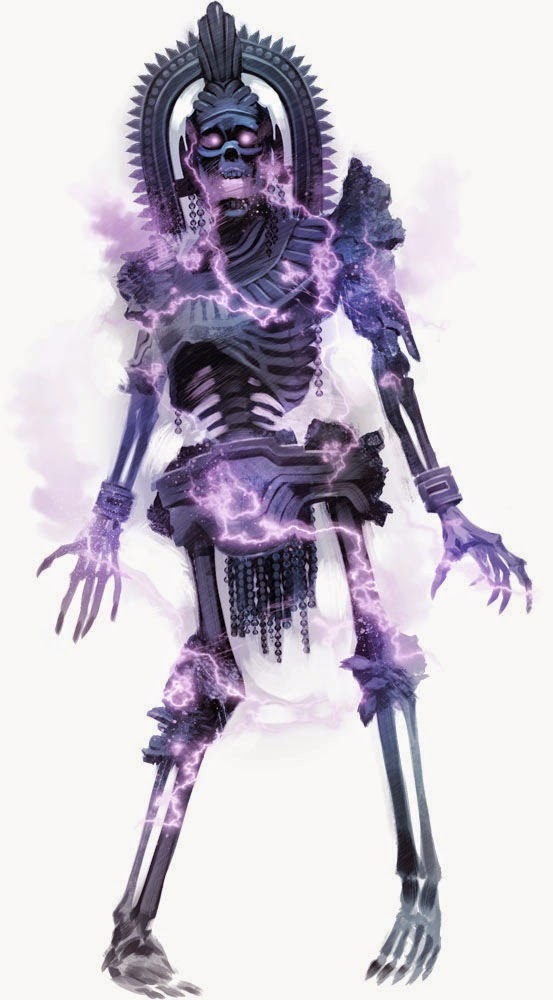 Tzitzimitl (Bestiary 3, page 276)
Terrifying Aztec undead gods of vengeance from beyond the stars.
NE Gargantuan Undead
CR 21 (33,000 XP)
Hit Dice 451 (22D20+220)
Armor Class 20
Movement 50 feet; 60 feet flying
Senses Dark Vison, True Seeing (always on), Detect Magic (always on); Perception +12 (passive 22)
Special Saves advantage against turn undead
Ability Scores STR 30 (+10), DEX 21 (+5), CON 30 (+10), INT 20 (+5), WIS 23 (+6), CHA 30 (+10)
Defenses
Immune: cold, electricity, mind-affecting spells, poison, does not breath, necrotic
Resistance: fire, piercing and slashing weapons that are non-magical
Vulnerable: bludgeoning weapons and damage dealt by a good creature
Magic Resistance: advantage on all spell saves
Attacks
Multiattack: may attack 1 bite and 2 claws per round or one eye beam attack.
Melee bite +17 attack (20 foot reach, 1 target) deals 2D10+14 piercing damage plus 3D8 electricity and energy drain (DC 25 save vs. CON or hit points are reduced by that amount until long rest)
Melee Claw +17 attack (20 foot reach, 1 target) 2D8+14 slashing and 3D8 electricity
Ranged Eye Beam +12 attack (100 foot range, 1 target) 10D8 elecricity and 10D8 force damage
Traits and Magic
Spell Save DC 19 (INT based); Spell Attack +12
Tzitzimitl Natural Magic: arcane sight (detect magic), fly, and true seeing are always on effects.
At Will: bestow curse, darkness (changed from deeper darkness)
3/day: animate dead, contagion, teleport (no greater in 5E), haste
1/day: create undead, time stop and power word kill
Eclipse: anyone in a darkness effect cast by the tzitzimitl must make a DC 19 save vs. CON or take 8D8 cold damage (save for half) and is at disadvantage each round while in the area of effect. The affected target can re-roll the save each round to remove the disadvantage once out of the area of effect.
Light to Dark: 3/day the tzitzimitl, on taking any radiant damage, can spend a reaction to change the damage type to necrotic and reflects the damage type back on the source (and an equivalent number of targets by radius if the source spell or effect targets more than one foe). The save is based on the source's DC or attack modifier.