And Then The Nexus 7 Appeared

I have accomplished three things this week, none of which involved blogging. First:

First, I worked on recovering from a flu-like sickness that was keen to turn into a bronchial infection (I'm prone to these) which meant I missed a bit of work. Not the exciting part here! 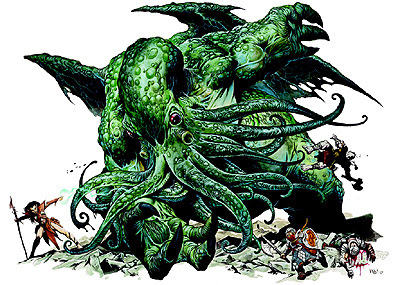 Second, I resolved my long-standing love/hate relationship with Dungeons & Dragons 4th Edition. In the wake of the latest round of playtest materials I decided that the new edition was shaping up to be pretty decent, something I actually want to play, and lots of. Poor 4E, meanwhile, languishes in a weird limbo where I want to play it but can't get a consistent group together, as Pathfinder has gained a near-Stockholm-Syndrome like grip on the gaming community at large. More over, when I do run 4E, I inevitably am reminded of its idocyncracies, the reasons I get annoyed with it in the first place....they are little, but devilish bits which always rear their ugly heads because they are baked into the rules, and are hard to extract without a functional rewrite or simply ditching the system entirely (ergo Pathfinder).

So I took all of my 4E collection down to the local Hastings ("Books and More") and managed to get enough credit to pick up a Nexus 7 tablet and extras)....a worthy sacrifice! Which leads us to... 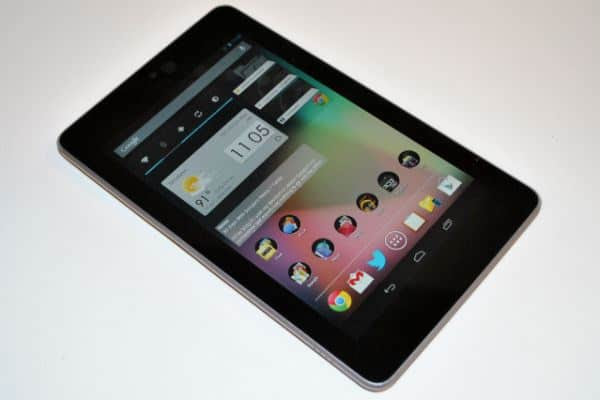 I had previously bought a Nexus 7 for my wife as a XMas present. I couldn't say much about the hardware from her experience, as all she has done with the thing is feed virtual dragon colonies, but I had it on good authority this was a decent gadget. I was not disappointed!

I'll be raving more about the coolness of the Nexus 7 in the coming weeks, and also talk apps on it. The device isn't entirely replacing my Nook, which will remain my main ereader, but it is expanding my repertoire to include the wide world of Android apps on a Tegra quadcore processor. There are some really fantastic games out there for Android, and some even cooler game resources for tabletop (the entirety of the Pathfinder SRD at my fingertips in a fine app called Masterwork Tools pathfinder Open Resource, for example). I have also packed it to the gills with games, many quite good (Dead Space Android, Mass Effect Infiltration, Order & Chaos Online, Chaos Rings, NOVA 3, Dead Trigger, Shadowgun and NFS Most Wanted, to name a few).

I can safely say that I know why the dedicated handheld market is shrinking, now. Nintendo and Sony appear to be behind the times with their quaint, costly dedicated game systems, while any old Android tablet can run fantastic games now. People who think tablets are just for casual gamers....yeah, keep on telling yerself that.... 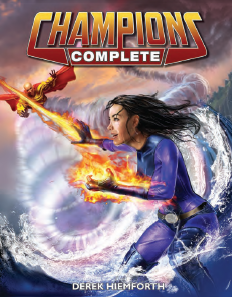 Finally, I managed to pick up my copy of Champions Complete, an innovative take on the Hero System that gets back to its roots, and repackages the game in a very attractive 240 page book that does not resemble a pre-internet-era Yellow Pages phone book. Sweet! I'll be reading through it as time permits, maybe I'll even be inspired to run Champions again for the first time in many, many years.


Posted by Doctor Futurity at 6:40 PM