It's been a few weeks since I talked MMOs, but since I need something for Monday...why not!

In the world of MMO land I've found a nebulous stand-off in my personal interest between Rift and ...of all things!... World of Warcraft. I recently fell back off the wagon, caving in and buying my wife a collector's edition copy of Mists of Pandaria and resubbing for a month myself. I didn't snag MoP for my account....I left my human warrior at level 82 and my horde warrior at 83, with the former stuck in the fishbowl world of Vasj'ir and the latter at the tail end of Mount Hyjal's never-ending quest chain. I'd love to see what an actual 3D topographical map of Azeroth looks like now....it must be rather ominously deep and tall in two distinct regions.

That said, I've apparently been playing Rift for so long that in a weird turnabout, WoW actually feels a bit "weird" to me. It also hammers home the subtle but persistent change in play style and feel over time in WoW, something made sharp in contrast with Rift, which for all its innovations still rests squarely in an older style of play....an older, slightly more brutal style which demands just a bit more of its players. Even when Rift shifts toward more "friendly" mechanics (or lack thereof) it still maintains a slightly more dangerous, sometimes grindy approach to play, something WoW only really embraces at the endgame level now.

When (probably a certainty) I do get Mists of Pandaria, it may be with the intent of powering through the newer game content once all of the grindy elements have been lifted by Blizzard in the wake of a new expansion. I've noticed that its with an absolute certainty that Blizzard will revamp the leveling pace of the previous expansion to accomodate getting people more quickly to the next new thing on the horizon. A person like me, who hates grinding and maximizes rest state health, finds it almost punishing to buy into a new expansion on day one, where the leveling process becomes a tedious lesson in slogging through what should be fun content, but instead is tainted by the need to pad it as much as possible. The irony of this padding process to slow players is it never, ever seems to work. There's always that French guy and his guild doing it in 24 hours, or my wife, who usually does it in one week (and even with a child to slow her down probably pulls it off in two).

Rift's Storm Legion expansion has the same problem, but lacks a certainty that Trion will, like Blizzard, eventually make the leveling process quicker. They actually did something akin to this prior to Storm Legion's release: they ramped up world events and instant adventures tied to the Storm Legion invasion, which in turn provided insane levels of XP, allowing for a fairly quick progression for most through level 30 at least.....probably beyond, although by then it was too mind numbing for me to want to keep up with. It's a tough issue for MMOs, where they can have plenty of great content that's fun and interesting, but is subsequently ruined by its own level and pacing mechanics. 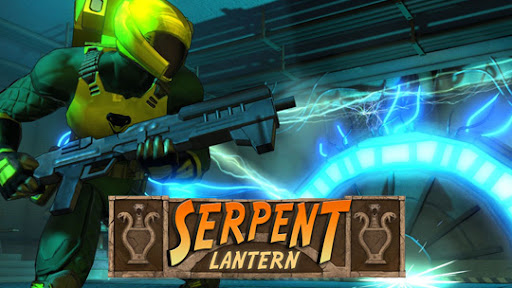 I experienced a level of frustration of an entirely different sort in Champions Online Sunday morning as well. First, something I knew was a bad idea and still tried to attempt due to the eagerness of my wife to get me involved: a run through the Serpent Lantern Adventure Packs. My highest level character in Champions is 15th, because my experience with Champions is broad (12 characters) but shallow (all level 10-15ish). Champions is a lot of fun for me, but after a point it's combat mechanics and style start to feel weirdly button-mashing. There's a strategy and approach to it, I am aware....but the jargon and style of the game turns me off, becoming an impenetrable wash of gobbledigook mixed with quests that contain some of the most insultingly (albeit amusingly) retarded nonsense you'll ever see in an MMO.

Ummm....anyway, so the point was this:

1. Don't try to run an instance with a 14 month old in the house, especially one who's primary fascination right now is with Taking Things From Dad.

2. Don't try to run Serpent's Lantern unless you're unemployed and have no life. We were three hours in, I was getting ready to fake a D/C and tell my wife my computer had croaked...anything!...to get out of this endless grindy attack on a jungle base run by the incrdibly inept and near-sighted Venom organization when one of her guildies informed me that we were at the half way mark and maybe we should call it, restart again next week. "Restart?" one of the other players who, like me, may have been unwittingly suckered into this experience asked. "We can't pick up where we left off? How much is left?" We were just at the halfway mark, he was informed....and nope, the instance resets itself. No progress on this one.

So I'm feeling a bit annoyed with Champions right now. Such a lovely character generator attached to such a weird and awkward game engine. Still, I've enjoyed it more than poor dead City of Heroes.

But back to Rift and WoW! I've been enjoying my return to WoW, but who knows for how long. It seems like they've cleaned up the graphics a bit more recently. Still ass-ugly an cartoony, but at least now it looks like an ugly ass in hi-def 1080p. Playing WoW made me realize just how much Blizzard keeps the older content on "speed run" mode, to both get players up in level as quickly as they can, and also I imagine to cater to the endless wave of slow casuals like myself who spend 95% of their play experience below level cap.

It has made me appreciate Rift (pre level 50 Rift, anyway) all the more. It has also made me wish Rift didn't employ the same grindy slow-pacing level process in its expansion. Here's some advice I learned, though: if you are in Storm Legion, avoid Pelladane unless grouping is your thing. Cape Jules is much friendlier to the solo player, I discovered.

Meanwhile, The Secret World languishes in its own darkness, a game with fascinating levels of content that do not belong in an MMO shell, thus delegating it to the backburner once more. Likewise with Guild Wars 2, which for all of its innovation and impressive graphics still feels to me like  a game about running around and filling up hearts on maps.