State of Contrast: How different RPG publishers framed 2012 going into 2013

Green Ronin recently posted its "2013" overview of things to come, and the hint that they are doing reasonably well (two new staff hires, plenty of products lined up for this year). It's in stark contrast with the more earnest but doomy Mongoose State of Mongoose I mentioned previously, which paints a bleak picture for the tabletop industry (or more specifically Mongoose's corner of it). So on the one hand Mongoose sees tabletop at an all time low, and while there's a dedicated fanbase for their RPG products, its not enough to keep them from doing more than shifting to a POD/online approach to their books. Functionally in my neck of the woods this will have no impact other than to make getting their books slightly harder if they don't put them into distribution....but so far I'm guessing the plans to do this are farther away, because my FLGS says it can order the latest batch of upcoming Legend books for me.

Meanwhile, Green Ronin is doing quite well, and I am pleased because it means I can continue to support Mutants & Masterminds and the Dragon Age RPG, as well as the eventual AGE System release they keep hinting at. Unlike Mongoose, Green Ronin is focused entirely on tabletop RPGs, and licensed RPGs in particular, as their bread and butter. GR is also good at keeping existing popular products (cough >Freeport< cough) in print and available for numerous systems. Lastly, GR puts out products at a slower, more methodical pace.....but their products always look great, and have fewer problems on average with editing issues and errata, in my experience.

I haven't seen Steve Jackson's Year-End recap yet, and I think he started this tradition a few years ago. I can predict it will talk about the glory of Ogre Deluxe, Munchkin, and have more off-comments about GURPS as a niche that is supported entirely by PDF product now, with vague suggestions that the game just doesn't sell well (despite the fact that not offering print products for a tabletop experience will by definition limit the audience to just those people who have accepted PDFs as a viable way to experience the game's content). I remain slightly bitter, of course, because when it comes to RPGs I still prefer print product for the table, and have not yet found electronic books to be useful at the game table (and indeed groups which were primarily electronic often ran into a sort of "laptop/tablet paralysis" when actually trying to game.)

Other publishers don't tend to chat as much, but Goodman Games did well last year according to their website, and I am inclined to believe it. DCC ended up not being a game I cared for....I think I'm getting a bit burned out and jaded at the entire revivalist/fetishist approach to the hobby's roots these days, due mainly to the fact that I have--wait for it!--played too much (been there, done that, it's lost its magic for me)....but it is absolutely a great game for what it does and there's a definite market for it. There's a lot more DCC on the horizon, and in contrast with, say, the open license for Legend there is also a lot more 3PP DCC material out there now, and to come. This is a damned good thing, I think. It also shows that the old school revivalism has a definite niche that is large enough to support a decent product in print and circulation (Frog God's Kickstarters have been proving this too, I think....just not in a way that makes their products accessible to a person like me who prefers to support his local FLGS).

Speaking of Frog God Games, they've got the Razor Coast Kickstarter going into 2013. I think that, even without a recap of 2012, the Frog God has done quite well, both for its S&W and Pathfinder support, and has some noteworthy Kickstarters to prove it. Razor Coast appears to be no exception. About the only thing stopping me from backing it is that it's set to end in ten days, and I need to be conservative with my cash right now as I just found out I'm moving in February. Still....if things go well, I'll invest if time permits. Otherwise I'll just have to hope that somehow, some way, there are extra copies afloat in the future. With Frog God it's hard, because they don't make the sort of books one can drop a twenty on....they're not targeting the kind of gamer I was back in the early 80's (i.e. younger gamers), they're targeting the old collectors with money (like me now). Still, it's hard to properly justify such a lavish purchase these days. Unlike most forty-somethings, I have a brand new kid here and now commanding my time and money; your average guy my age or olrder usually has a kid or two who's already flown the coop, so that's just a unique spot I'm in, and the average Frog God follower has probably got the time and money to spare.

I'm not really going anywhere with this, other than to provide a few contrasting examples with the doom and gloom of Mongoose and the anticipated "GURPS is niche" feel of SJG's annual reports. Honestly, sometime your product (like GURPS) is just plain-old niche, and maybe this is where it was destined to end up. And for Mongoose....maybe their issue has more to do with Mongoose's long-running reputation in the industry for quality control issues, and bottom lining the cost and appearance of their product. Or maybe the print RPGs at Mongoose just don't bring the money in like their miniature games do. Either way, It seems like maybe the industry isn't contracting...it's just changing. Again. 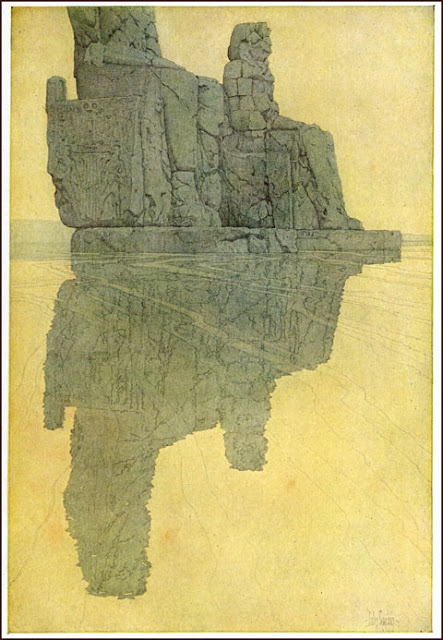 Posted by Doctor Futurity at 8:22 PM