Green Armadillo at Player vs. Developer did a sort of cost-analysis/overview of his 2012 MMO expenditures and time, and I thought it would be fun to do something similar, with more of a focus on my "year of MMOs" and what they amounted to (if anything). So, here goes...

Star Wars: The Old Republic
TOR may have come out in December 2011, but I didn't get my copy until late January. My wife played this game continually for close to a year, but it seems that her interest (and that of her highly dedicated RP guild) waned dramatically after the game went F2P, at least partially due to the over monetization of the game going forward (paying for content previously announced as free, for example, and the souring of the community due to the flood of F2P gamers who are sight-seers and gawkers, and presumably not very RP-friendly).

For my own purposes, TOR has a great single player experience wrapped in a world of MMO suck. It has padded regions (Coruscant, for example) that drag on and on, and feel very tedious and grindy to someone like me who approaches this game less as a new Star Wars MMO and more as the KOTOR 3 single player experience we really wanted. Still, the free to play option opened it back up to me, and I find that being able to jump in and play occasionally is making the game more accessible and fun, now that I don't have to worry about a monthly fee. If Bioware/EA could just realize that a person like me would prefer to pay for a couple extra character slots and not have to subscribe, then we'd all be a bit happier.

Conclusion: SWTOR moving F2P was a smart move for certain types of players, but the game still has problems. That said, it's a casual friendly MMO if you can avoid falling asleep during the long slog through boring padded areas like Coruscant.

Tera
Tera was billed for its action MMO combat and its unique revision to an otherwise very Korean style setting. The game was pretty compelling, initially....but some odd hiccups left me cold in the end. A major problem was its early billing snafus; I signed up for six months on a deal when it first came out, but after four weeks I realized this wasn't a game I was going to care for in six months, so I tried to cancel the subscription. Surprise....they didn't provide for a way to cancel! I did get my money back, and in a twist of irony that changed my opinion of the matter from "they are sleazy con artists" to "they or their billing service are merely incompetent" I still got my six months of play time. Which I barely used until the tail end, in a bid to revisit and see if my feelings had changed. They did not.

Guild Wars 2
Guild Wars 2 was heavily anticipated and I was ready for it on its first week or so of release. It's timing was atrocious, however (for me, at least), as I had gotten sucked into Rift and so found my precious game time seriously divided. GW2 is a fantastic game, but thanks to its Buy-to-Play model I have been able to safely play it just a bit, and othewrwise set it aside for now while I concentrate on the two other games worthy of my attention.

Conclusion: all MMOs should look at GW2 in the future, for both the payment model and for ideas on how to innovate. Not too closely...a future full of GW2 clones would be sad. 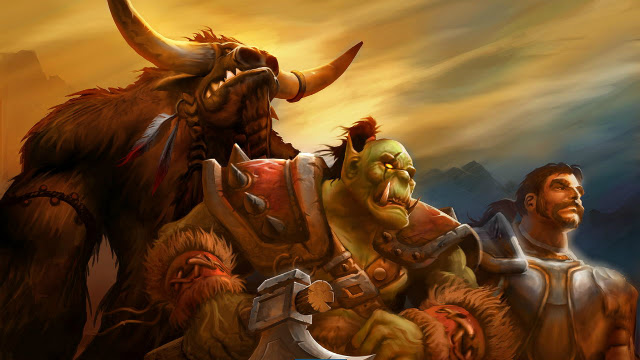 World of Warcraft
Blizzard sent me a 10 day "please come back" trial to Mists of Pandaria. I logged on, tried a pandaren monk, then jumped to the original Kalitherios who was still stuck in that god awful fhsibowl undersea region, was reminded why I left WoW during Catalyclysm and deleted the game, again.

Conclusion: WoW is getting very long in the tooth, and the only way to appreciate it these days is to be stuck with a low end PC, or otherwise avoid other games entirely. 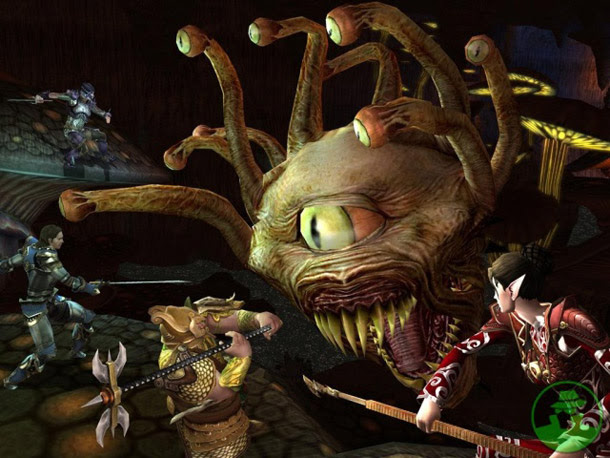 Dungeons & Dragons Online
I was a HUGE proponent for DDO when it went F2P, and it was the first F2P game I also decided to invest in. I rationalized that if I spent $15 a month for a year, I'd have spent $180 in that time, and if I spent that (or less) on in-game purchases over time, then I'd be ahead.

In the end, I spent more than that (and in fact bought about $50 of turbine points plus the expansion pack at half off on a Steam sale this year) but I also played it heavily for more than two years, and only in the last year did I lag badly. DDO has a huge disadvantage over other MMOs, that outweighs (for me) it's advantages: it has a major grind component, and it's XP is (except for slayer/explorer missions) tethered to mission completion. You can spend a long time leveling in this game if you play in the way I do, which is slowly, mostly solo, and with a methodical pace in mind. I have friends who can blast through this game from level 1 to 20 in weeks. I envy them, because they have a system. The system necessary to earn XP at the fastest rate in DDO is beyond my time frame or network of friends, unfortunately.

Conclusion: DDO is still great, but my love for it has been replaced by Rift. Still, I like to revisit on occasion, even if I've given up hope of ever getting to max level.

The Secret World
The Secret World is everything I want in an MMORPG with a modern horror theme, short of it being a single player experience. It has immersive, thoughtful storylines (with key stories fully voiced), a mature theme that's not just "adult" (although it delves in that direction occasionally, too) and a smart world that really meshes well with the modern urban horror/fantasy trend in fiction these days. However, it was subscription based for a while, and so like GW2 it was something I didn't feel I had time for with my Rift obsession.

Now, of course, that has all changed and TSW moved to a Buy to Play model just like GW2. This was a very smart move, and it has revitalized my interest in the game....more so even than for GW2, because while GW2 is an innovative drwarf-and-elf free fantasy MMO, TSW is a modern horror MMO that ditches the Tolkienesque fantasy entirely.

Conclusion: I'll be playing a lot of TSW in the future and plan to focus my money on their planned future content.

Age of Conan
I've tried to get back into AoC a couple times. Unfortunately their cash shop was pricey, the play mechanics felt clunky if you stayed away too long, and the game can't survive its main crippling issue (one that TSW fixed) which was that 90% of its primo A game content was front-loaded in the first 20 or so levels, and everything after that right up to level 80 suffered from a "rushed to finish" conclusion. I recently tried it--again--in the wake of some changes that opened up previously gated instances to F2Pers and I was shocked at how empty the game was (okay not really) and how it just doesn't hold up to today's crop of games.

Conclusion: AoC is a game I want to play, badly. Just not the one that actually exists.

Champions Online
When this went F2P two years ago I was in on day one, took advantage of their first two weeks of excellent discounts, and basically absorbed this game (as did my wife). Then we burned out as the game dragged along; the momentum could not be sustained by the title itself, which still needed more...sometuing...to make it better.

Perfect World Entertainment came along and snapped Cryptic up. At first this was bad; a merge of accounts between Cryptic and PW made accessing their games problematic for a while, enough so I gave up on trying. Eventually they got their act together, and by the time I got back in Champions Online was sporting all sorts of impressive new features. It now remains, like DDO, a game I like to keep installed even if i only jump in once every couple of months or so. Unfortunately it's not really that exciting to play (for me) anymore, and I hate the crafting/equipment mechanics of the game with a passion, but the character generator is bar none the best there is (now that CoX is dead).

Conclusion: it's worth vacationing in Champions every now and then, and Perfect World made Cryptic respectable again...a miracle!

Rift
Rift snuck in toward the start of the year and snagged me first with its Lite F2P through level 20 and then with its mixture of interesting story content and compelling mix of traditional and innovative gameplay. It is officially the first game since 2005 when WoW and the original Guild Wars sucked me in to grab and keep me for the long haul. The core game is so good I continue to mainly play it while I occasionally log onto my level 50 guardian warrior and explore the new Storm Legion content at an excessively leisurely pace.

Anyway, I don't need to blab on about how great Rift is, as I've done that a lot already this year. Suffice to say it's my top dog in the kennel right now.

Conclusion: I bought a one year sub along with Storm Legion. That's about as dedicated as it gets for me in the world of MMOs.

Next Year
I'm looking forward to Elder Scrolls Online. I think some new titles like Firefall and Wildstar may be dark horses ready to sweep in and change everything up. I suspect more publishers will eyeball the B2P model just as much as the F2P model, and if industry analysts like Michael Pachter are right we may see a decline in the number of MMOs being pumped out as publishers grow wary of entering a saturated market.