Astrophikus was colonized by the first humanoids about ten thousand years ago. To be fair, there were many humans and demihumans already dwelling on Astrophikus at that time, though they were dwelling in a state of barbarism and had no technology and culture to speak of.

The first civilized colonists to arrive on Astrophikus speak of half-forgotten myths of a great exodus, and a lost world from which they had fled after a cataclysm that left their original home a devastated ruin. The colonists followed the will of their fabled god, the Golden Traveller Etah. Even today Etah is strongly worshipped, and is the patron god of the empire of  Ashetnur.

The Astrophikans all agree that their world was once in the sky, a sister to Astrophikus, but it was destroyed. There is some perceived truth to this; the great Haze, a vast swath of asteroids midway between Lingusia and Astrophikus is claimed by many to have been the origin world of the first colonists. A fairly unpopular movement amongst some well-read activists claims that the ancient texts support the idea that the home world of all Astrophikans was destroyed by ancient magic, and that some suggest it, too, was a prison constructed to contain one of the ancient chaos gods, one which escaped. Stories of the ancient entity Dalroth from Lingusia’s pantheon have pointed to this dark god as the one which burst forth from the mantle of their lost world, creating the Haze, though others more familiar with the sacred texts of Lingusia (The Idean Codexes) point out that Dalroth existed long before the time of destruction, and no references are ever made to his imprisonment.

In any case, it was ten thousand years ago, upon primitive orichalcum-driven spelljammers that the first Astrophikans arrived on their new world. They found a world inhabited by primitives, for whom even fire was often a new phenomenon, and tool use was no more complex than stone and reed. These early travelers brought with them a fraction of the glorious history, knowledge and magical power of their lost culture, but it was enough to make themselves kings among the natives.

The sum total of the last ten thousand years of history can be described as one of perpetual conflict and evolution. The first colonists secluded themselves for a very long period from the natives, though such exclusion eventually crumbled in some cases. Over time, the Astrophikans learned that their new home was also a great source of orichalcum, although it had apparently become a lost or forbidden art for a time, for it was many thousands of years before the early empires developed enough sophistication to once again mine for the mystical ore and at last turn to the production of the stellar and planar spelljammers for trade and commerce with other worlds and planes.

In ten millennia wars have been fought, nations have risen and fallen with typical speed, and the Astrophikans slowly recovered their lost knowledge of ancient sorcery. The natives grew and learned, sometimes gifted with knowledge by the foreign powers, other times subjugated. The mysteries of Astrophikus’s curious position in the solar system and the importance of the many planetary alignments became the province of the priests of the Star God, who grew up rapidly in their beliefs, taken from the mysterious sacred obelisks, the largets of which is at the center of the Vulmeadean capitol, Gyldarion. These obelisks, of which a dozen have been found around the world, each tell of the tales of the Star God Draeggaron, and the imprisoned entity Sulziddaran within the heart of the world. So it was that the of the Star God spread across the world.

It was about three thousand years ago that the civilizations of Astrophikus recovered all their lost knowledge of spelljamming, and began to develop new ships in earnest. Over time, this changed the landscape of the world from one of normally developing civilizations, spreading outward and developing local resources to support large rural populations around feudal townships and cities in to one of a strangely different nature. Today, Astrophikus is dominated by vast, ancient ruin-filled tracts of land, with immense city hubs from which most trade and commerce comes from the plains. The merchant princes of the various empires are the true force behind each city, for they are the lifeblood. Rural townships spread out, though rarely for more than a hundred miles, providing some modest resources locally, but the enriched citizens of the empire are given to a culture of art, religion, philosophy and culture, as well as a talent for magic rarely seen in most other realms. The merchant princes are extraordinarily proficient at their trade, buying and selling commodities off world to amass vast wealth, and bringing in the precious goods necessary for the opulent lifestyles of each city of the various Astrophikan empires.

Outside of the “hub” of each city, beyond the rural farmlands, is a no-man’s land of the barbarian kingdoms, monster-ridden realms and isolated mining communities where vast complexes dedicated to the extraction of orichalcum from the depths of the earth can be found. Only the desperate and criminal tend to become miners, for life is short in this profession. Nonetheless, the seemingly endless supply of orichalcum is vital to the survival of the Astrophikan way, for without it as the only local resource of true worth, the empires would lack the vital material necessary to sustain the hulls of spelljamming vessels. Without orichalcum the empires would collapse and anarchy would reign.

There are several strong empires in Astrophikus today: Vulmeadea, Tanantsanu, and Ashetnur are three noted empires on the super-continent. Each empire has its own ancient history, and maintains careful military forces to prevent neighbors and barbarian kingdoms from interfering with their city hubs. 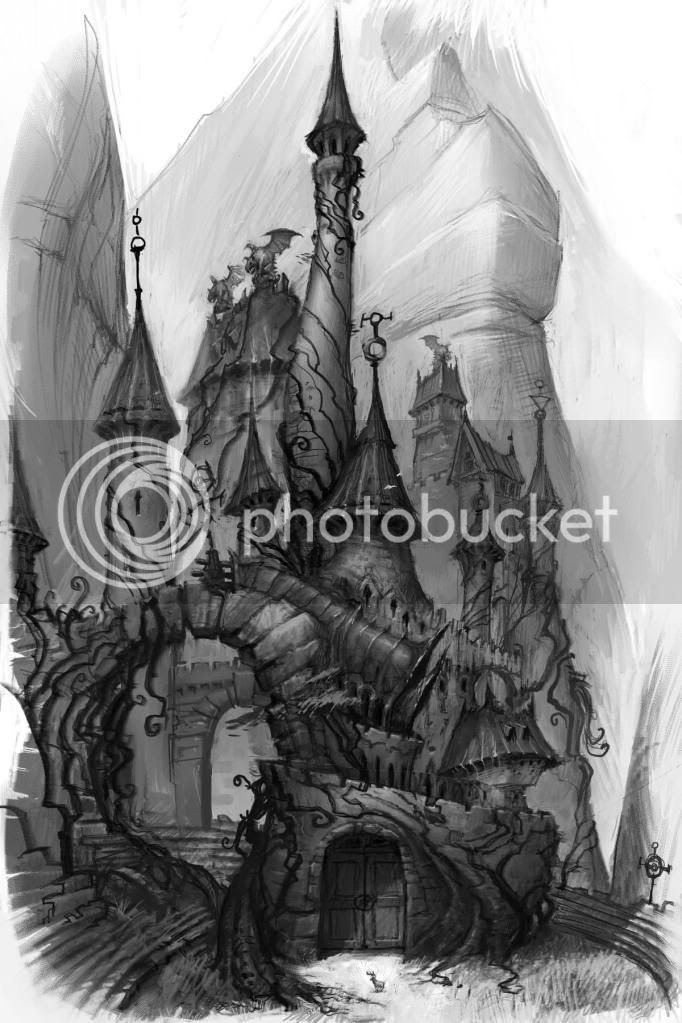