RPG Firehose: The Stuff I'll be Reading and Playing in 2013

2013 has so far been better than average in terms of my outlook on the year ahead. I've cleaned out old stuff, and decided its time to bring in some new, fresh and interesting bits to grab my interest. I'm realizing I need to force myself to broaden my RPG habits a bit, move away from overdosing on fantasy as I have been for a few years now (and D&D-likes especially) in favor of a broader range of games. To that end, I just grabbed the following, and will discuss much more about them in the coming weeks:

SciFi20 is Quiklink's reimagining/revision to what was once called Traveller20 (T20), the D20 edition of Traveller that was part of the fantastic glut of D20 era games in the early 00's. I happened to like much about this particular iteration, and was tempted by the lure of a "all purpose" generic D20-based SF system, so I snagged the PDF bundle on RPGNow. I've loaded it on the Nexus for reading (and the Nexus has some very smooth apps for reading PDF files, by the way). 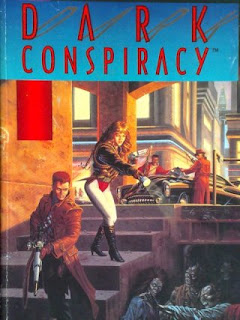 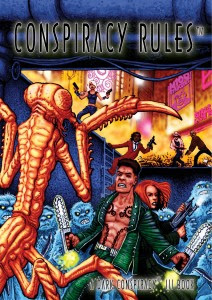 Getting the PDF of Dark Conspiracy is a bit of a cheat; I actually played a lot of Dark Conspiracy back in the early 90's, along with Cyberpunk 2020; together they were my go-to games for a while. I had long since given up my old books, but missed this game; it was well-written, and a lot of fun. By accident I discovered that Game Designers Workshop was mysteriously back in RPGNow and offering up scans of vintage products....including Dark Conspiracy 1st and 2nd edition, for purchase. I went ahead and snagged this in a bundle along with two newly written scenarios and the "collectors guide" PDFs they offer, which is pretty cool of them to do. I will probably get more. Anyway, I plan to revisit this game and will talk about the experience soon, as well. On top of all this, I subsequently discovered that the third edition of the game is already halfway through its release cycle for the core rules with Conspiracy Rules, the mechanics for the newest edition of the game. Sweet. 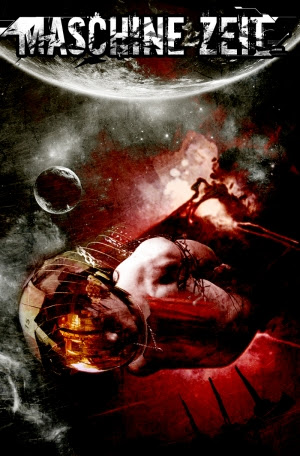 This one was discovered at random while browsing RPGNow for interesting RPGs, and after reading the description and some reviews I decided to buy the print+PDF package. It looks good on the PDF file, and I eagerly await the print on demand edition (a Birthday present to myself, heh). What's it about? Basically it's abount haunted space stations and scifi survival horror. As I read more I'll report further down the road. 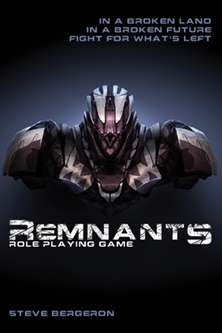 Being on a roll in searching for interesting and random games on RPGNow I also snagged this one, a game about a forlorn land littered with the apocalyptic remnants of giant robots from long ago. The premise was tantalizing, the reviews were all filled with glorious praise, and after ordering the print+PDF bundle I am pleased to see that the PDF is optimized for tablet reading. Looking forward to exploring this one! 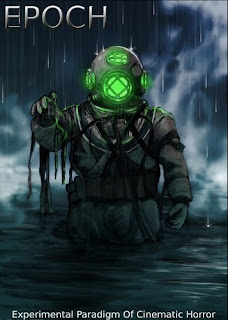 I picked up this horror system based on the text description alone, and the graphics also looked good. So far its a bit hard to say if I'm really going to like it or not....I'm a bit of an old crusty sort when it comes to horror RPGs (never recovered from the unholy trinity of CoC, Kult and Unknown Armies, which together define horror RPGs for me). Still, I'm reading through it and its two free scenario packs and will discuss it in the coming weeks. 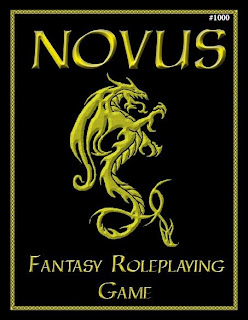 I actually downloaded Novus a while ago but plan to explore it in more detail as part of my "discover new RPGs" project for the next few months. Novus is written by Tim Dugger and it has some specific roots in HARP (which in turn is a derivation of Rolemaster), but Novus is far enough removed from its inspirational predecessors that it actually looks really fun and interesting to me. 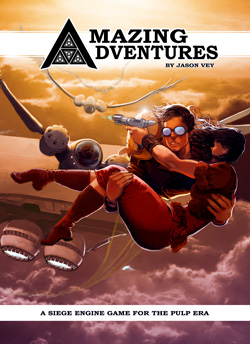 This was a shoe-in...a SIEGE-powered pulp adventure game? Hell yes, sign me up! I've been planning to get it for a while, snagged it via Discount Games (one of my favorite Ebay sellers) and am looking forward to checking it out. My print copy is on the way, but the PDF is also available here. I really hope this game has all the right bells and whistles for the genre, as I think the SIEGE mechanics could make for a great pulp system.

Maybe if Amazing Adventures succeeds it will motivate the Trolls to repackage Star Siege into a similar format...I think Star Siege suffered from its format and style a bit when it first came out, and the Trolls have gotten so much better at layout, design and editing on their products ever since.

Next up, not exactly a "new" system to me, but one I have wandered away from due to the prodigious size of the last couple editions' core rulebooks. Champions Complete is an experiment from Hero Games, apparently, a return to the days when one book could give you the rules and material for an entire genre. I hope this experiment succeeds, and that we can look forward to stand-alone editions of Fantasy Hero Complete and Space Hero Complete in the future. I'm not that up to speed on the 6th edition of Hero System, either, so this will still have some new surprises for me, as well. I picked this one up in print, but it is also available in PDF here.

I bought In Flames and its two sourcebooks a while back in print form but am including them in this as I would really like to finish reading the game and maybe even run it. A strange universe of transhumanism with overtones of voodoo mythology as the premise for a sort of "higher space" from which loa-like transhuman entities are cast out to do penance in the mundane realms of normal human space? Powered by the D6 Engine? Sign me up!


Anyway, I plan to pick up a few more new RPGs in the coming weeks, and will make 2013 my "year of new RPG exploration." Who knows, maybe I'll finally get a chance to play a few, too!
Posted by Doctor Futurity at 6:05 AM