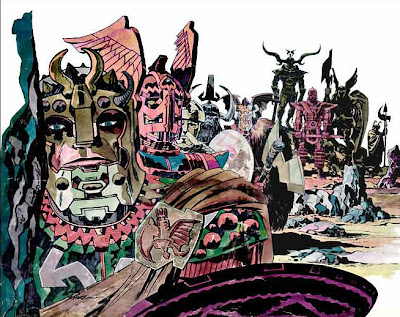 Astrophikus has literally thousands of gods, religions and belief systems in place. That said, there are a handful of gods that are worshipped by everyone, and universally accepted as the “principle deities” of the world in question:

Etah, the Golden Voyager
Lawful Good
Etah is the god of knowledge and civilization, and a revered patron amongst most Astrophikans. He is believed to have been the one who led them on their voyage in prehistory to Aastrophikus and salvation. His teachings espouse that all mortals can ultimately attain godhood through the embrace of divine virtues.

Draeggaros the Star God
True Neutral
Draeggaros is the Star God, and his worship began early on with the deceipherment of the greta obelisks that speak of his venerable heritage as the prison keeper of Sulziddaran. He is a mysterious and sometimes malevolent deity, who care nothing for forces of good and evil, but only balance. The communion with his spirit is only possible through living sacrifice. His greatest temples are found in Vulmeadea.

Sulziddaran the Imprisoned
Chaotic evil
This primal, malevolent deity is said to have been one of many spawned by the elemental Chaos itself, sent to destroy reality and remake the world in an image more pleasing to the formless domain of chaos. Sulziddaran is a potent and ever-present force on Astrophikus, dwelling in slumbering imprisonment at the heart of the world, manipulating susceptible minds in to erratic and dangerous behavior, as it seeks eternally a means of escape. 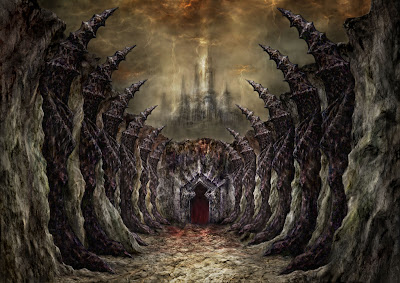 Kothe
Lawful Neutral
Kothe is a revered ancient god-spirit and patron lord of the eladrin of Astrophikus. Kothe is believed to have been a neverable eladrin who achieved immortal transcendence, and has long since been revered as the patron overseer of the race.
Kothe’s edicts are one of superiority over all, and the dedication of the spirit to the evolution of the mind and soul. Much of the eladrin culture has embraced this philosophy, and used a mixture of the primarl Feywild’s potence and alchemical means to attain higher states of being as they seek to evolve their spirits in to something greater. 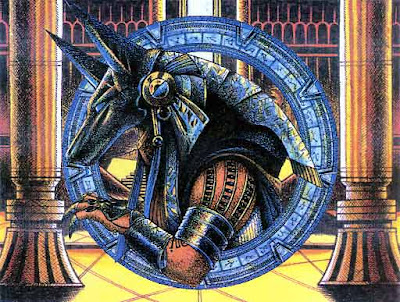 Susurus
Chaotic Neutral
The nature of Susurus is a mystery, a great watery beast in the southern waters which some claim can be seen physically. It is believed to react to worship, and to allow safe passage for those who are sufficiently reverent, while sending storms and beasts to destoy those who do not. This god is primarily revered by the barbarian cultures of the coast who are practiced seafarers.

Phonatas
Chaotic Good
The benign goddess of love and beauty is revered among the elves, who adopter her worship centuries ago from interaction with the elves of Lingusia. Phonatas is a deity who embodies lust, love, strength and many other raw emotions that are considered deeply empowering by the primal elves of Astrophikus. 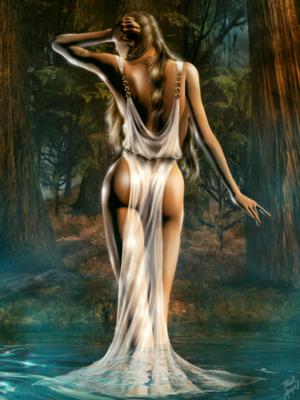 Elisin
Lawful good
Elisin is the goddess of peace and culture, and also imported for worship by the Astrophikan elves. Elisin is regarded as the calm counterpoint to Phonatas’s wild lusts, and the wizards and scholars of the elves pay homage to her.

Ningada
Neutral Good
The god Ningada is an ancient deity, worshipped by the ancient elves of Astrophikus since time immemorial. He is believed to be an angelic seraph who ascended to godhood after the destruction of his ancient city upon the moon, and some tales say he brought about the birth of elvenkind from his own blood.

Metatron
Lawful Good
The mysterious Metatron is worshipped by very few, but his existence is rarely debated. It is believed that if you quest deeply enough beneath the ruins of the moon Metaros you can find him, meditating, awaiting the time when he must rise forth to stem the tide of chaos once more. His followers are usually reverent inquisitors and paladins dedicated to thwarting chaos by any means necessary.

Hargameth
Neutral Evil
The god of blood and thunder, a vicious primeval brute who relishes in warfare is strongly regarded by the northern barbarians of Nordravar, and though his worship has all but gone extinct in Lingusia, he is strong here on Astrophikus. Though many on Lingusia regarded him as a deity of order, he is widely regarded as a beast of both powers, with elements of order and chaos permeating his being. The Nordravari priests of Hargameth are potent soldiers in battle, and many barbarians swear by him.

Zingar
Chaotic Good
The lord of the hunt is a strong deity and his worship has been with the natives of Astrophikus since the stone age. Zingar represents the spirit of the hunt, the ultimate power of nature and the interaction between man and his environment. Cults of rangers and barbarians are dedicated to him throughout the wilderlands.

Wolfon
True Neutral
Wolfon has a strong following among the many beastmen of Astrophikus, from the gnolls and orcs to the minotaurs and beyond. The Shadow Wolf is said to roam the Shadowfell, and sacrifices of sufficient greatnes by his followers will call upon his might.

Staddak’Zuthul
Chaotic Evil
The vile Staddak’Zuthul is said to be an ascended immortal, who achieved power stolen from the raw Chaos itself. His cults are numerous and surprisingly work at odds with the chaos cults, for Staddak’Zuthul does not want the slumbering darkness at the heart of Astrophikus to awaken, but instead for his own cult to subjugate and ultimately gain control over the many civilizations of the world in his own name. Rumors abound that the wizards and necromancers who follow this god work hard to make him the chief deity of the realm, and that he seeks to siphon away all of the chaos energies of the trapped Sulziddaran for his own. Staddak’Zuthul is said to d well in a powerful fortress on the plane of shadow.

The Eleven Divine Spirits
Various alignments
The eleven immortals of Shinjiki Koru are said to have been elder gods from the old world, a faith so ancient and ingrained within the people of this land that they have always been with them. Indeed, Etah himself is considered one, the twelfth member of the Divine Hierarchy.

Tyrnada
Lawful good
The benevolent Tyrnada is a beneficient deity who was imported from a remote world some thirteen hundred years ago, and over time her following spread to the four corners of the world. Her clerics are dedicated teachers and healers, and her message is one of peace and tolerance. Though her followers are often tortured and killed in regions where chaos gods are worshipped, she is nonetheless still popular, even in secret.
The miraculous cures and blessings of Tyrnada’s priesthood are at least partially responsible for her popularity. The charitable priests of her faith will free do all they can to mend wounds, heal the sick and cure the ill in whatever way they can, and many are blessed with divine magic to aid them. 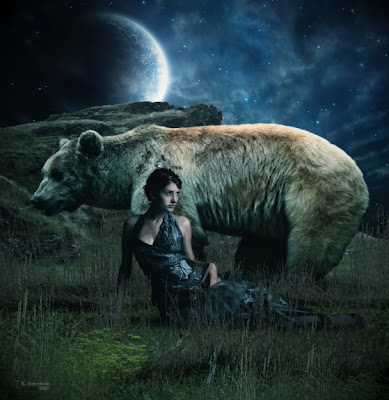 Karzak’Hadon
Neutral Good
Karzak’Hadon is one of several ancient deities that existed on Astrophikus before the immigration times, and was worshipped amongst the ancient stone age cultures. He is a deity of primal earth and air, and said by some to be the entity in charge of insuring that the great prison of the world is never weathered such that it could be broken. He has a small but dedicated following, consisting of militant templars who serve his cause by destroying demonic influences that could corrupt the prison of Sulziddaran.