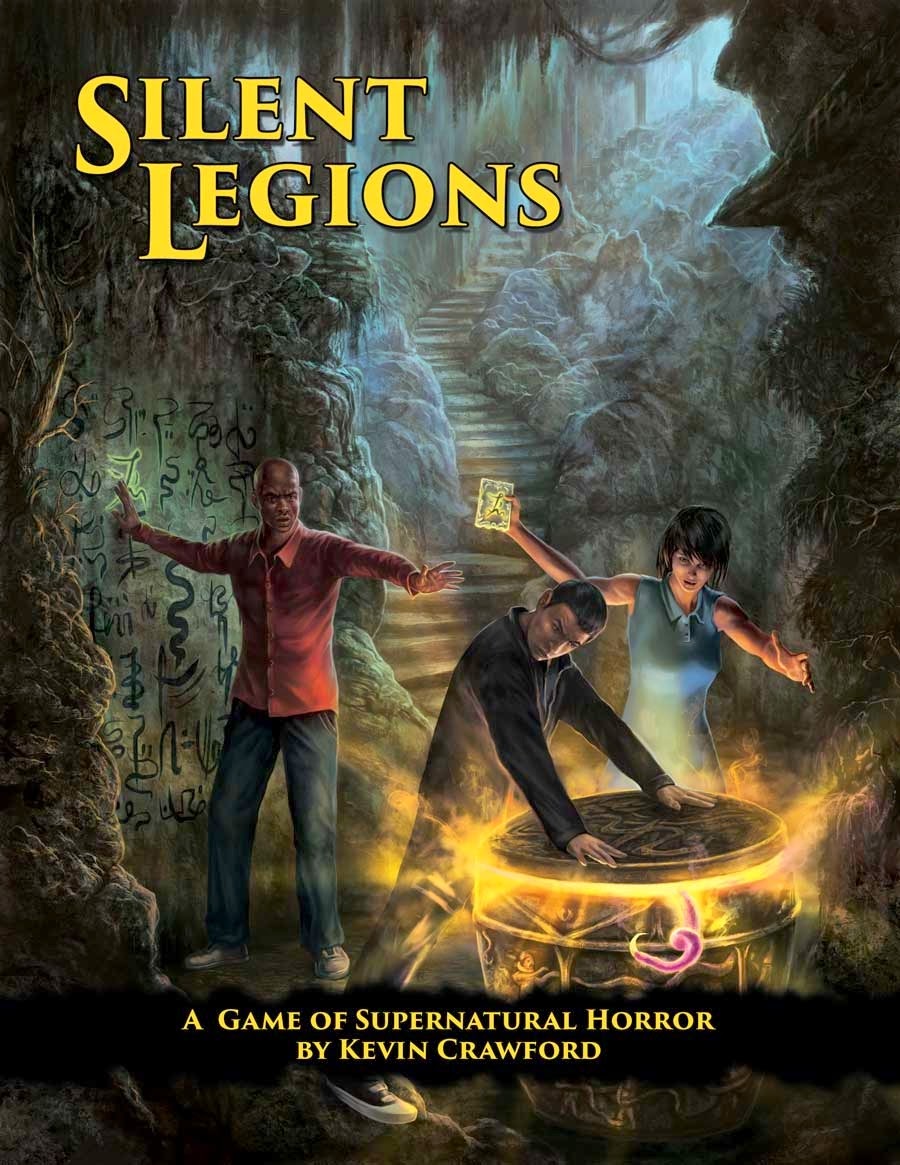 Just noticed that Silent Legions is now available from Sine Nomine. If you're not familiar with Sine Nomine, it is basically an amazing publishing experiment by Kevin Crawford in which he accomplishes the following goals with shocking success:

1. Demonstrate that you can give your game away for free and people will then buy copies of it anyway because it is so good

2. Do a Kickstarter and then finish a quality product that looks good, is well-edited, and people loved plus for extra points put it out a month earlier than the deadline

3. Release a continuous stream of high-quality products that are founded on OSR principles of design but which look and feel like contemporary games (all while still sticking to an 80's style aesthetic that still looks great)

4. Be shockingly generous and humble about it all, including releasing royalty-free art packs for other blossoming game designers to use

Kevin Crawford is (in my opinion) very much cresting the real wave of the future in our hobby, one which blends creativity at the game table with creativity in design and publishing to forge a future for RPGs that is squarely in the hands of the gamers themselves, and he does so in a fashion which demonstrates how easy it is to do this well if you're willing to put some effort in to it. His teaching tools (such as Exemplars & Eidolons) are something anyone with an interest in designing their own game (be it an OSR retroclone or not) should check out.

Kevin, in short, is a very cool guy. I hope he's making a decent profit off of all this, because he deserves it. I buy all of his games in print and PDF when they appear....still need to get Scarlet Heroes, though.

Anyway, his latest game is Silent Legions, and it's a horror genre RPG that, in classic Sine Nomine form, demonstrates a toolbox approach to designing your own horror mythos. I've just now gotten the PDF but the book should arrive in a couple weeks. I'll talk more about it later.

All of this makes me wonder if I should look at Stars Without Number as a rules option for my Savage Space setting, too.....hmmm.
Posted by Doctor Futurity at 1:36 PM