Hideous beings from the dawn of time, the body thieves steal the abilities and acumen of their victims... 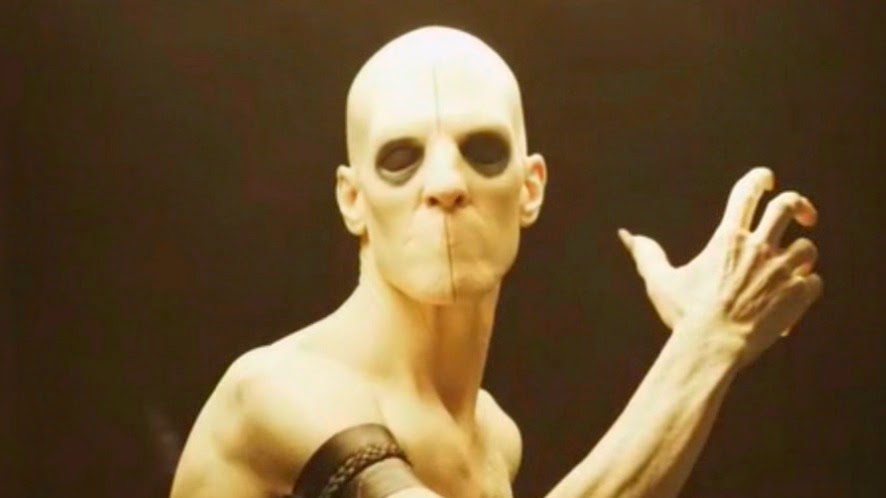 Body Thief (Quilliotos)
CR 4 (1,100 XP)
NE medium humanoid
Initiative +4
DEFENSE
AC 14 (natural)
HP 54 (12D8)
Resistance: psychic
Charm Resistance: body thieves gain advantage on all saving throws vs. charm or enchantment effects
OFFENSE
Speed 30 feet
Multiattack the body thief may strike twice with its daggers or once with a dagger and once with a draining touch. Body thieves cannot drain more than one ability using draining touch per turn (yes turn, not round).
Melee Attack-daggers +8 attack (reach 5 ft.; one target): Hit: 2D4+4 damage slashing each
Melee Attack-draining touch +8 attack (reach 5 ft.; one target): Hit: 1D4+4 damage slashing plus the target must make a Charisma save (DC 16) or take an additional 4D6 psychic damage and lose one trait of the body thief’s choice (either a statistic, skill proficiency, class or racial ability). See the trait description below for how this works.
Statistics
STR 12 (+1), DEX 18 (+4), CON 11 (+0), INT 12 (+1), WIS 12 (+1) CHA 20 (+5)
Languages: common, primordial plus any languages of the current victim
Senses: Perception +4 (passive 14)
Skills: Stealth +7, Persuasion +8
TRAITS
Shapeshifter-the body thief can mimic any target it touches as an effect of its draining touch if it so desires. It may choose to do this as a free action in addition to the attack and ability theft effect of the draining touch. It can retain this form indefinitely or until it touches another victim and takes a new form. The body thief can only mimic creatures of medium size, however, and cannot modify its size like a doppelganger can.
Ability Theft-The body thief can “steal” the abilities of its victims, and each time it strikes a target it gains one ability of choice. The loss is “gained” by the body thief until it steals a new trait. The victim gains disadvantages on all rolls related to the lost trait or loses the ability of that trait if it is a class/racial ability. The body thief can also steal spell abilities this way, See additional info below for how this attack works. Here is how each ability it can steal works for victim and thief:
Ability trait: The body thief gains the bonus modifier (if any) of the targeted attribute (i.e. a fighter with 18 strength loses his strength modifier of +4 and the body thief now gains a +4 strength modifier). The new trait does not stack with the body thief’s own modifier, merely replaces it. The victim suffers disadvantage on the affected ability until the body thief gives up the stolen ability for another stolen trait.
Consitution: If the body thief steals constitution, it immediately gains temporary hit points equal to its total hit dice multiplied by the CON modifier stolen.
Skill, language or Tool Proficiency: the body thief gains proficiency of the target’s level or +3 (whichever is better) in the chosen ability and the target gains disadvantage on the affected proficiency until the body thief gives up the stolen ability for another stolen trait.
Resistance or Immunity: the body thief gains that immunity or resistance and the target loses it until the body thief steals a new trait.
Class or Race Ability: A single class ability can be stolen and used by the body thief, such as an extra attack, spellcasting ability, or any other trait that can benefit the body thief. The body thief gains the use of the ability at the level of effectiveness of the victim, and may benefit from it as if he were of the same class and race of the victim. If a class ability would not for any specific reason benefit the body thief in any way, then he “steals it” and the victim either gains disadvantage when using the ability or loses the ability to access that trait, but the body thief can’t then benefit from the ability.
Stealing Spells and Slots: when the body thief targets a spell, he steals one spell and one slot of choice to cast the spell, so long as it is held in memory by the victim. If the spell is “used” by the body thief before it is replaced then the victim cannot regain the slot or spell until a long rest. If the body thief replaces the spell with ability before using it then the spell caster regains the slot and spell immediately.
Recovering stolen abilities: the body thief relinquishes his stolen trait when he replaces I with another. Advanced body thieves (see below) can hold two or more traits at once. If a body thief steals a trait and then holds on to it, he loses it after a full day or a long rest has passed, and the victim recovers access to the ability after a long rest.

In the primordial dawn of the world the quilliotos arose, formless beings of clay forged by the primordials to serve as the first men of the world. It is unsure what went wrong after their creation, though the most likely explanation lies in the theory that the ancient qlippothic beings of chaos sabotaged the creation of the quilliotos in spite. As a result, the quilliotos were seen as inherently flawed, lacking souls and abilities of their own, and so unable to provide the nourishment of worship that the primordials demanded. They were cast aside and left to rot in the darkest corners of the earth, as the creator gods went on to forge new races of beings who could provide the sustenance of souls for the divine.

The quilliotos earned their title of body thieves when they emerged from their dark prisons in the earth, and found that they had the ability to steal the abilities of the new creations of the gods. The body thieves lacked morality and understood only the ability to take….they could mimic traits of their targets perfectly, but they lacked the ability to siphon personality…only skills, abilities and general acumen. In essence they could touch upon every trait of the humans and demihumans of the world except their souls.

Body thieves appear as hideous, white and formless humanoid shapes with burning, intense eyes that are all too “human” in appearance. They nest in dark regions where they spin cocoons of sticky white silk to form the walls of their breeding grounds. They can form through a “budding process” once every few centuries, creating 2D6 copies of themselves which grow to adults in a matter of months, but can also steal the birthing abilities of a target race when mimicking a form. The offspring of such a union with another race is usually a deformed and hideous monster….but once in a while an advanced body thief is formed. Called quilladeen in the primordial tongue, these are exceptionally rare and evil beings:

Advanced body thieves are rare offspring born when a body thief takes a disguise and mates with a human or demihuman. The result is a half-breed of greater than normal ability. The advanced body thief gains the ability to steal more than one trait at once: typically 1D3+1 traits at a time. Advanced Body thieves are CR 5 (1,800 XP) and usually have one “open trait slot” available with the rest primed from prior stolen abilities. They retain stolen abilities even after a full day or a long rest, though a victim gets to make a DC 17 charisma save at the end of each long rest, and if he succeeds he recovers his ability to use the stolen trait normally….but the advanced body thief does not lose his access to that trait. 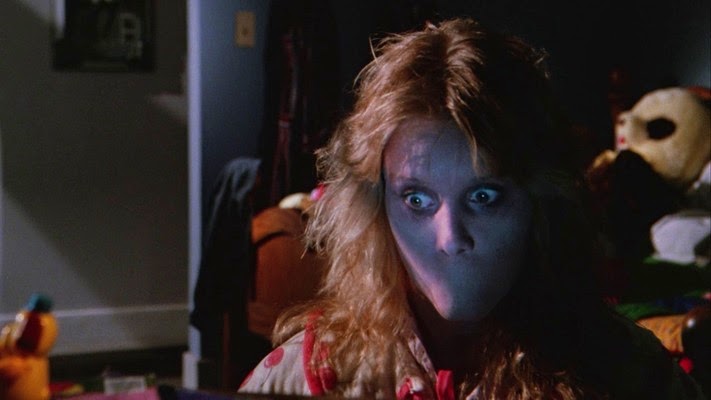 Posted by Doctor Futurity at 1:11 PM