Deep story games like The Last of Us vs. the rigorous punishment genre of Bloodborne 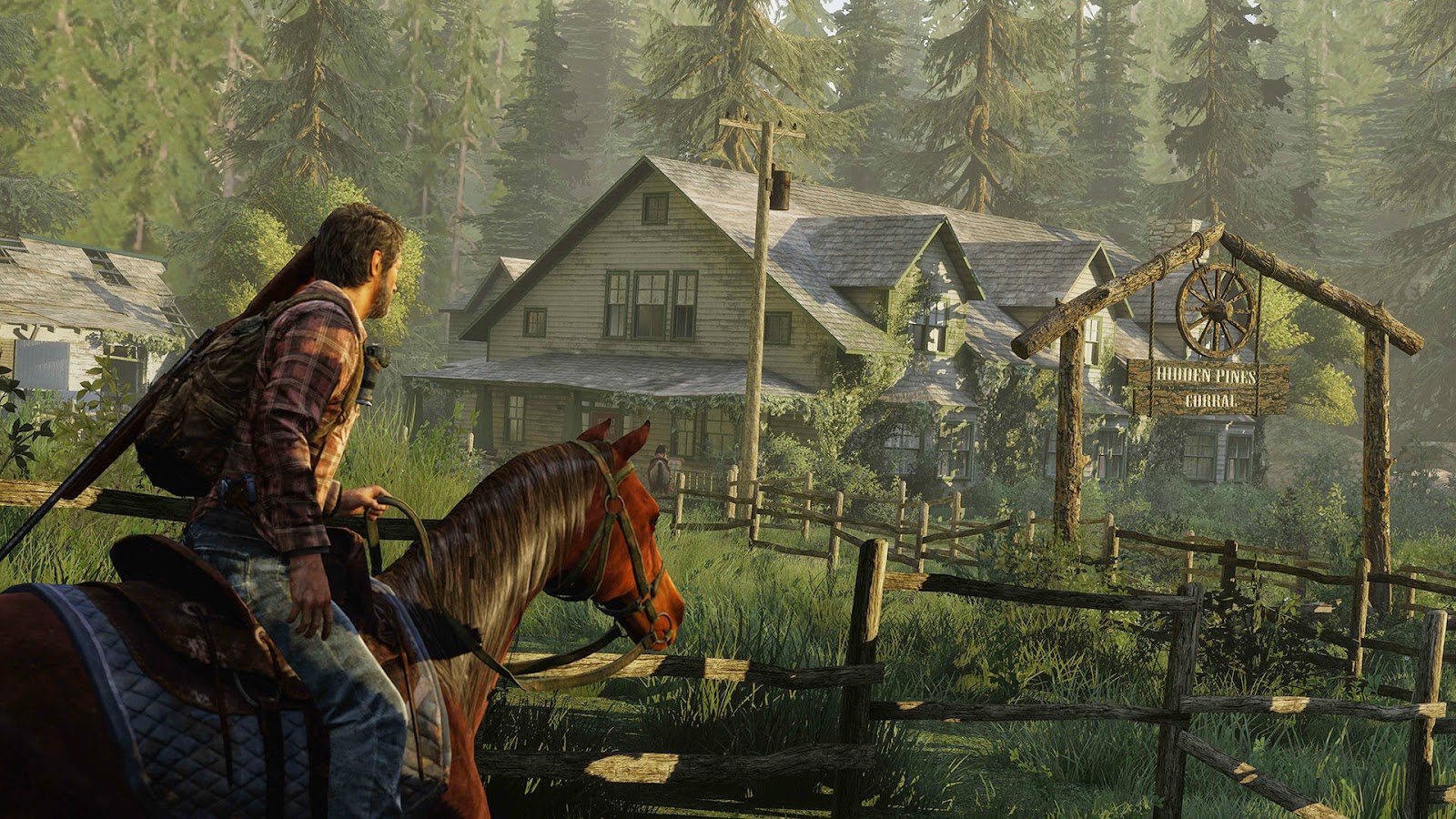 The Last of Us: Remastered

I finished The Last of Us (Remastered Edition) this weekend. It was easily the best game of the last generation of consoles, and still one of the best of the current generation. I'd have to rank it right next to Dragon Age: Awakening and Fallout 3 in terms of my deep visceral enjoyment.

But, it was a crazily depressing game. And it's efforts at realistically depicting a zombie apocalypse resonated deeply with a sense of "Yeah, this is probably how it would go down." There was a message in The Last of Us, somewhere, which involves questions about at what point one loses one's personal humanity...at what point it becomes inevitable. Survival vs. civilization, integrity vs. necessity. Interesting stuff.

Still....and maybe there was something I missed, but I never could figure out how the first Cordyceps spores managed to traverse the globe so efficiently as to lead to the epidemic. That one still leaves me scratching my head.

I also wonder sometimes if my enjoyment of The Last of Us is in part at least due to the fact that the game's principle protagonist is a man hitting 50, dealing with a lifetime of regret, worry and loss. I'm not fifty yet, but the stuff Joel worries about, while admittedly in the grand poo-bah of crapsack worlds, is still what a great many men worry about in middle age. Likewise, the loss of a daughter or child, a major driver of the game's protagonist, is something that probably speaks more to those who have children. I can safely say that I remember movies and games in the past where a child was present, and prior to becoming a father these tales never affected me as much as they do now.

One last thing on The Last of Us: it's very much the same sort of game as The Order: 1886, except much longer and it mostly avoids some of the "sense of agency" pitfalls of the latter title --you can, in many cases, find multiple paths to success, with only the occasional "kill 'em all" bottleneck moment. Still, a lot of the game is cut scenes and detailed story development. I think....honestly....The Order: 1886 should have spent more development time on about 8-10 hours of additional game play with a good story focus that was softened by an effort at more player agency. And less time rendering superficially relevant photographs and newspapers in glorious 360 degree views. For a game that's a few years old now, even with the improved "next gen" textures for the PS4 The Last of Us was damned nice looking.

Anyway if you're a gamer who plays what's good and not what's new, I recommend The Last of Us: Remastered edition on the PS4.

Then there's Bloodborne. I started playing it and the game felt so much like Dark Souls I had to stop. I spent hours trying to figure out the secret to Dark Souls (and Demon Souls before it) and reached a point of actual physical aversion o the "feel" of the game. Hatred, really. So when Bloodborne fired up and the first damned NPC spoke to me in that same whispery, haunting voice that all Dark Souls NPCs do, I stopped right there. Not even worth trying. So I gave it to my wife. She played it for a couple of days, and then handed it back to me. "It's not that I couldn't play this," she explained. "It's that I know myself...I know I will play this game for however long it takes, and I will win. And I cannot afford to lose that time on such a meaningless task." So much effort for so little gain...the deep satisfaction of being able to say one beat the Souls-like game in question is outweighed by the more important things in life, like going for a walk, playing with your children, and practically anything else. The game doesn't even offer a decent story...at least, not one which is not in and of itself inscrutable. After playing The Last of Us to the end, and experiencing a game that resonated with deep and meaningful story and characters, I am really down on the idea of playing a game purely for the mechanical, visceral ability to "beat it." In fact any game for which my primary satisfaction is going to come from mastery is just not a game I care for anymore. You might imagine I hate roguelikes, and you'd probably be right. I'm also not much of a strategy fan, so, keep that in mind when reading my opinions on the Dark souls genre of games: I'm one of those softies who likes the game to have story elements and give me ephemeral, emotional reasons for caring about it. Being able to kill two werewolves at once only to die just before a lantern is...well...it feels like abuse, really. Not into that.

For me....Bloodborne looks like a game I'd want to play, but it is not. If Naughty Dog were the crafter of the tale I would be determined to play, knowing that the depth of the game would be more than just overcoming mechanical rigor and punishment for failure. But it's not....it's a From game, and I really need to remember that the rigorous punishment genre is not for me. So yep, we're done with Bloodborne.

Anyway, we're bailing out on it pre-emptively because Lives and Reasons and all that. So I'll just say that if you loved Dark Souls and have the time, you'll probably love Bloodborne too. 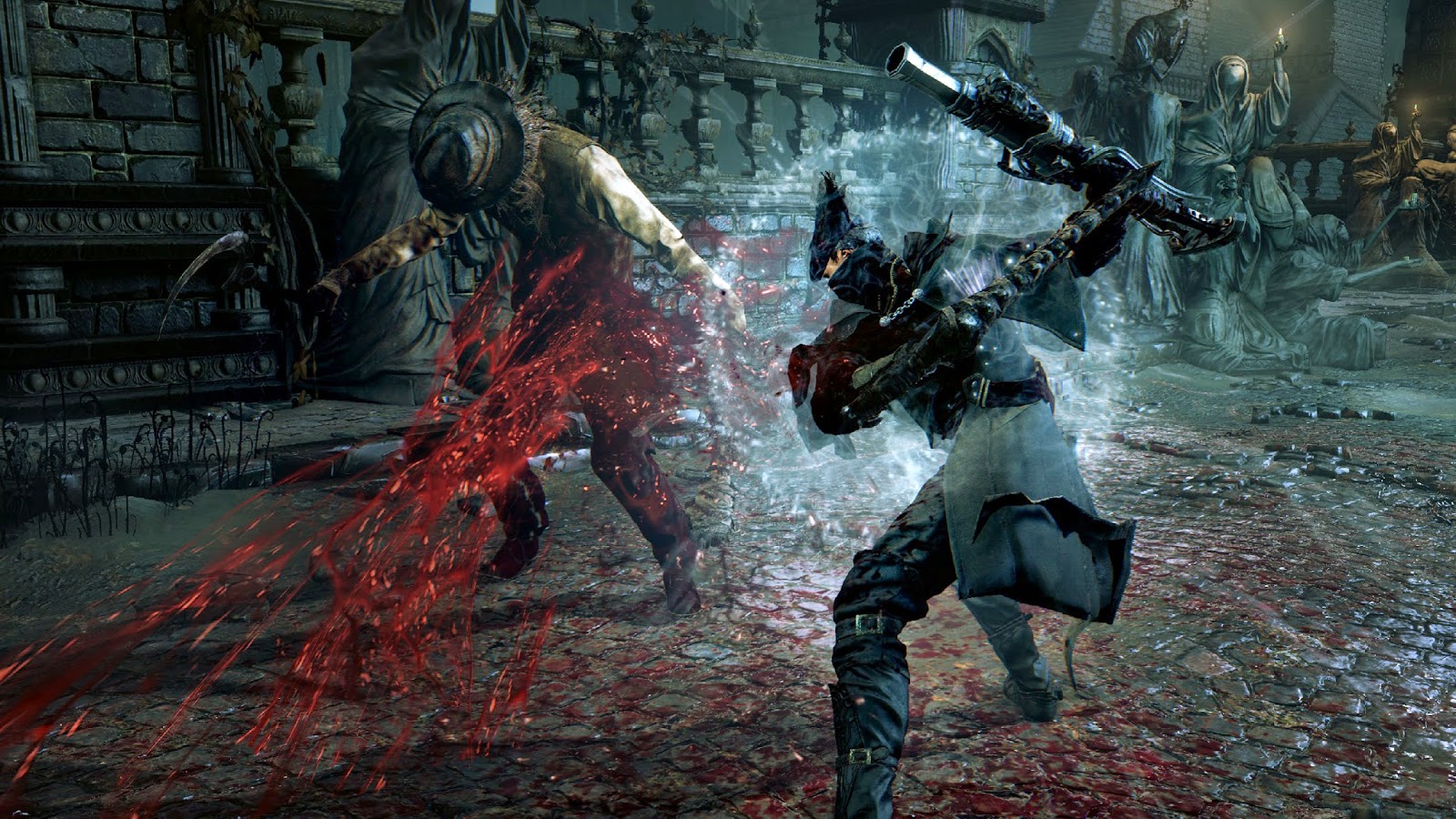 Email ThisBlogThis!Share to TwitterShare to FacebookShare to Pinterest
Labels: bloodborne, ps4, the last of us remastered