Often when plagued with the need for a future campaign or scenario idea, I can just trawl through old files and stumble across all sorts of hidden gems. Some of them come from campaign ideas I formulated or outlined and never went anywhere with, while others might be notes on planned content that never got off the ground...or very far. The following notes, which I am thinking I might expand into a proper scenario/mini-campaign, is one such example....I think, if memory serves, it came from a AD&D 2nd edition game I was prepping to run in 2008, not long before D&D 4E came out and derailed many plans at that time: 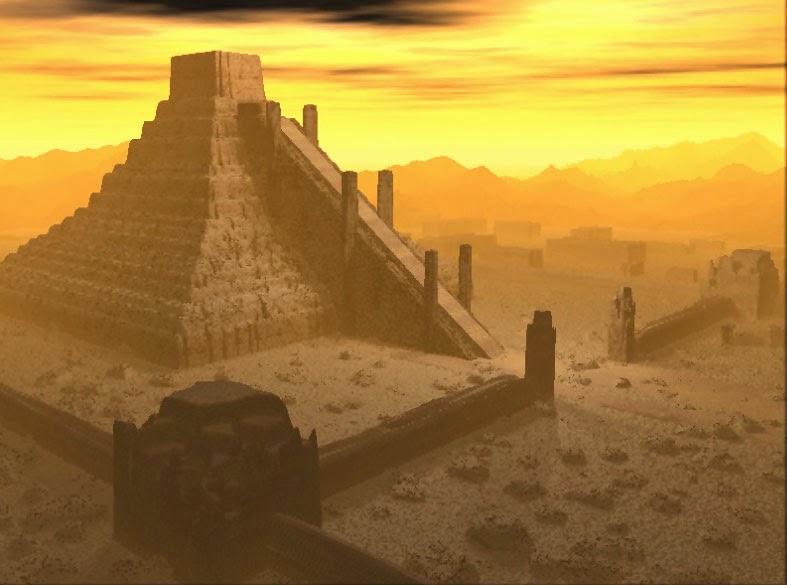 The Lost City of
Ruled by the Gnome Antigonus
The Slaves of Eredor (Eredites), descended from Sabiri blood (chalk white skin)
The Polliduri Gnomes are the ruling caste
The Behemoth of the : A great mechanical land and sea dragon, created by Antigonus, and used to shatter ships that sail too close
The Minion-Automaton: Morgason (clockwork animate)

The Watching Gods
Ominous relics encircling the Ziggurat of Polidarchus. They have golden eyes, which release awful energies when touched. The watching gods are a warning to all to stay away from the ziggurat.

The Ziggurat of Polidarchus
Contains the entombed body of one of the greatest generals of the apocalypse. Polidarchus was a member of the near-forgotten race called the Thraedarii

The Huron Sandstrider Tribe of Minotaurs

That's what a typical round outline of mine will look like.....we've got evidence of a ship, implication it wrecks, a coastal enclave run by a rather infamous Chirak pirate from back in the day, and a lost city ruled by a gnomish elite, near the presence of an ancient ziggurat. I know exactly where this all rests in my Chirak setting (west of the Huron/Beltraine area, SW corner of map), time go dig and see if I did more with it than is presented here.... 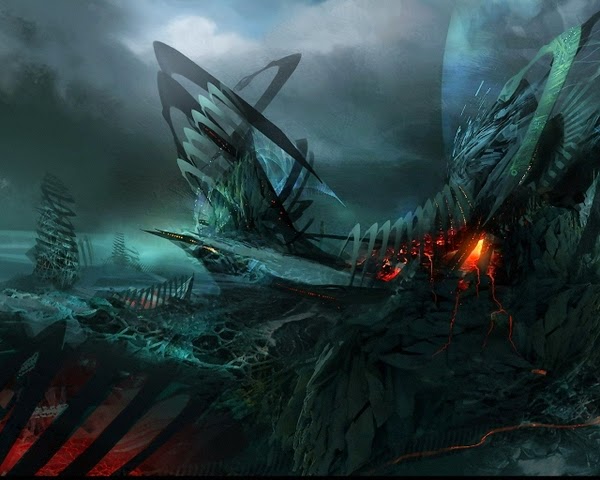 Email ThisBlogThis!Share to TwitterShare to FacebookShare to Pinterest
Labels: Realms of Chirak