Green Ronin Shows how a Real Game Company Announces its 2015 Game Lineup (but...) 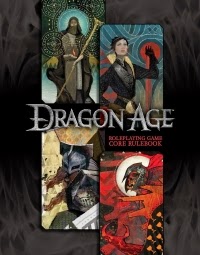 Green Ronin apparently also made an announcement for its 2015 book lineup, In this listing we have some very robust entries, including:

The AGE System gets:

Faces of Thedas (formerly a PDF line) gets its own book

Atlas of Earth Prime continues with an eventual print release

A Return to Freeport book for Pathfinder

Two Song of Ice and Fire releases for people who are into that (I have only ever read the novels. Seriously. We don't get Cable so no HBO, and until they show up on Netflix I am not going to see it)

Ork! the beer-and-pretzels RPG gets a re-release! This is kinda cool.

Now THAT is a proper game line-up. Of course, there is that giant BUT......

And if you know Green Ronin, you know what the BUT is: they are ambitious, determined, and produce fantastic books, but they are also notorious for slipping deadlines, sometimes by a year or two. So when it comes to much of their planned schedule (especially and chiefly for their licensed IP) I suggest adding 6 months to a year minimum to the release dates. I could be wrong.....I seriously hope I am wrong!.....but it's just how it's been for a long time now.

However, the good news is Fantasy AGE is not tied to any IP, and the rules are functionally out there now, so we just need the "IP-free" edition and we're good. My post yesterday mentioning to Paizo that we need a competitive "lite" edition of their game to go up against D&D 5E with more product support? Yeah, forget that.....I think Green Ronin may have this one handled just fine.


As a complete aside: I really need to look at Mutants & Masterminds seriously. I don't know why I am not playing this game (at all). I loved 1st edition, liked (but did not run) 2nd edition, and own all of 3rd.... 3rd edition appears to be amazingly well done, actually, and the DC Heroes books, despite being pre New-52, are also great resources. I don't know why I'm not doing something with this, need to investigate.