Mongoose Stealthily Returns to Releasing Actual Books - Arcania of Legend: Elementalism and Sheoloth among Others

Mongoose Publishing had a weird year in 2014 when you look at it: lots of planned releases, a few of which actually made it into PDF format, but very little traction in terms of releasing titles in print. Suddenly, they got a deal with Cubicle 7 to get their books back into print and distribution, which was a great move. So now, we have the following books out in print for Legend, which I may add are all on their way to my doorstep (and according to UPS my copy of Sheoloth from Noble Knight is waiting for me now):

Sheoloth, The Sprawling City - a revision of what was originally a D20 book from long ago, but they did a good job with the Skaar Citybook and these definitely add "flavor" to Legend that it needs...and also dark elves, lots of dark elves. (UPDATE: very nice book, and if Matt Sprange's Year in Review is anything to go by they plan more print follow-ups in Sheoloth soon).

Citadel Beyond the North Wind - a sequel to Legend of the Spider God's Bride that revisits the world of Xoth with an eye on expanding it as a full setting as well as reprinting the previously PDF-only Song of the Beast Gods adventure. Extra win! (but the Song of the Beast Gods is not in here....apparently its some very badly worded back-cover ad copy--pity). If you haven't seen Xoth, you're missing out on one of the better Conanesque sword & sorcery game worlds on the market, and its an excellent fit for Legend. (UPDATE: still well worth it for $14.99 and its a full-size format so it will match the main Spider God's Bride book; maybe Beast God will get a print version soon too).

Arcania of Legend: Elementalism - an expansion on elemental magic for Legend. Not too familiar with this one (don't have the PDF yet) but if its as good as Blood Magic was I'll be happy. (UPDATE: nice book, even includes a look at historical/mythic elementalism, Loz was involved at some point apparently, and it introduces a very nice looking new stat block format for Legend monster entries which I heartily approve of).

Legend remains a strong D100/BRP-based engine, and its material should be quite easy to convert to Runequest 6 if you prefer to use that tome for your gaming. For my purposes, I have added to my list of games this year a plan to run the full Spider-God's Bride campaign in Xoth soon, straight up as presented in the two books released so far.

Traveller is also getting back into print and distribution too, by the way. I'll have to start looking at some of the recent releases for that system again, as well....although I concede Savage Worlds SF Companion has sort of won me over for now.

Here are the links to the Cubicle 7 Pages as well: 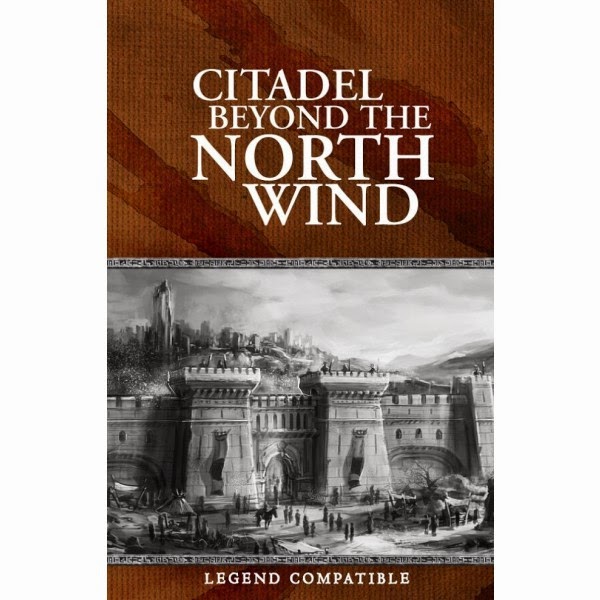