Starting today and then sporadically throughout March I plan to stick a variety of oddities in the blog....weird campaign premises that I worked up and used once, or not at all, over the last few decades. I have quite a few like this, many of which maybe served for only a few sessions of gaming before being abandoned, others which have never even seen the light of day....until now!

Some of this is just because they're interesting and someone might find a nugget of inspiration within. Other are just....well, I like to put them in a sort of internet amber here, preserved forever more in a place other than my HDD. For example....take Dark Masques, below. Technically I did provide a bit of a write-up on this one for an old issue of TSS when I tried reviving it a few years ago, but otherwise the entire premise of Dark Masques served as the outline for a weekend-long campaign in Portland which I ran for some long time friends and co-gamers, using D&D 3.5 modified by the awesome Darkness & Dread 3PP sourcebook from Fantasy Flight. So...here you go. If I were to run this today, I'd use BRP or the "All for One" sourcebook for Savage Worlds: 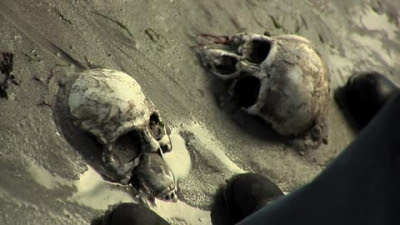 Background: The town that killed the legendary Tarasque, Tarrascon has long celebrated the victory over this dragoness of evil. The Cathedral of Tarrascon, with the holy shrine and tomb of the savior Saint Martha, is an attractive spot for holy pilgrims to visit.

The Tarasque was allegedly killed (in the tale) three centuries earlier, in 1280 or thereabouts. In fact, the Tarasque was not specifically killed, but instead banished by the holy miracles of Saint Martha. It has remained a spectral presence in the region ever since, especially the swamps near Tarrascon, which may be haunted by the devil himself.

Indeed, the Tarasque is a dimensional being, and entity of the outer darkness, which seeks the worship of mortals to aid in its escape. To breach the veil of reality, it must draw humans in to its worship, and recently, this has begun with the arrival of a warlock named Francios Callot, a man who learned hermetic and black magic from the Tabula Smaragdina. He later met a basque witch named Efrida, who was a true black magician and acolyte of  the Tarasque. She lured him through favors and promises of power in to studying the whispers of her outer goddess through drug-induced slumber and astral dreams.

Adventure Opening: The PCs are all brought in to play via their connection to one man: a patrician and scholar of Marseilles named Sir Stephan Launet. Launet has an extensive collection of texts, dating back centuries, as well as a fascination for the exotic. He regularly funds foreign expeditions to Africa and the New World to recover unique artifacts for his collections. But most recently, his most unusual acquisition came from neighboring Tarrascon, when hunters uncovered what appeared to be the remains of a fabulous creature, one which bore a terrifying similarity to local tales of the Tarasque. Though it appears not unlike the decomposed flesh of a body, it is something like a skin, shed, as if by a reptile. The skin is hard, scaled, and bone-like. It shows evidence of a six-legged beast, with traces of a coarse hair.

(GM Note: The Tarasque does not truly “shed,” but instead possesses and polymorphs a host creature in to it’s desired form on being summoned. When the summoning ends, it leaves the desiccated corpse, drained and mutated, behind.)

Launet has contacted his likeliest allies on this matter, to investigate. He will candidly admit that he paid his two best hunters, a Spanish man named Navarre and a Fenchman named Golan to seek out the origin of this creature, but he received news a week ago that they were found killed and dismembered in the swamps outside of Tarrascon. When he sent for the bodies, they had gone missing. He begs the PCs to investigate, and explains that he fears that the old legends may be resurfacing. He arms the PCs with the Reliquary of St. Martha, last to defeat the Tarrasque. The Reliquary contains a few grains of the saint’s hair in a vial of holy water. (Provides Protection from Evil to the bearer). He also tells them that the blessed vial of holy water she used to subdue the beast is on display in the Cathedral named in her honor. 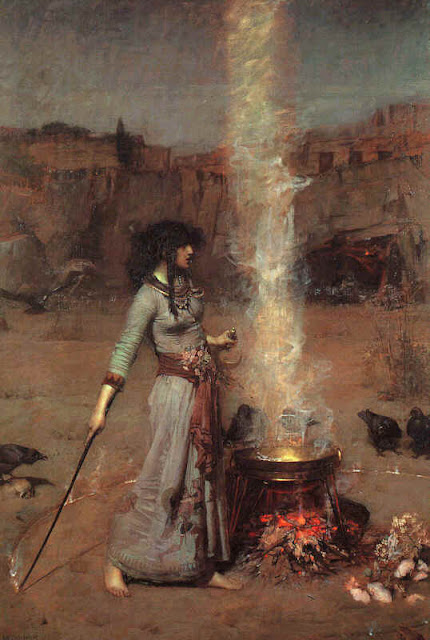 Veteran level 5; HP 38, Att +6 longsword (1d8+4), AC 16 (breastplate) Lawful Neutral, CR 5
The merchant and leader of the witch hunt, seeking to cast down Murielle as the source of evil. His ire towards Murielle secretly stems from the fact that he once coveted her, but she spurned him. Murielle has been carrying on an affair with his brother, Alain Cuviere.

Aristocrat level 3, Medium level 1; HP 15, AC 13, Neutral Good.
Murielle does, in fact, has a gift of second sight, but she is very secretive about it. She is a flirt, and as yet unmarried (she is 19), but currently has a quiet romance going with Alain Cuviere, who is a married man and esteemed land owner of Tarascon. Her father is the Lord of the Town.

The Werewolf of the castle of the beast

A terrifying beast, originally a soldier names Treville, who was bitten by a lycanthrope while campaigning as a mercenary in Germany. He fled to his homeland when the changes began, and eventually los touch with his humanity and became a hermit in the swamps. He has occasionally argued philosophy with the Devil of the Swamp, and he reluctantly deals with the coven, for Efrida has promised him a cure to his malady in exchange for his services. He could be a potential ally, if treated right.

Ghouls of the Catacombs (restless dead of the original coven that tried to summon the Tarrasque –successfully- three centuries ago, and were then entombed for their sins in the catacombs by a vengeful mob)

The possessing manifestations of the Tarasque

Each manifestation is terrifying, and otherwise invulnerable to most attacks. Assume they are medium-sized versions of the usual Tarasque. However, holy water is especially repellent, and does 3d6 damage for 1d6 rounds on contact. If the beast is swayed by a holy man with a tether to St. Martha (it fails a Will Save of DC = to holy man’s level + 10 + Cha mod) then it will follow hypnotically.

The Devil of the Swamp

The mysterious being that has given the swamps its reputation. What is it? None really know….but it appears as a dark, sometimes thorny being, occasionally as a maddened hermit, and under the dark of the new moon, as something incalculably horrifying. It can never leave the swamp, however.