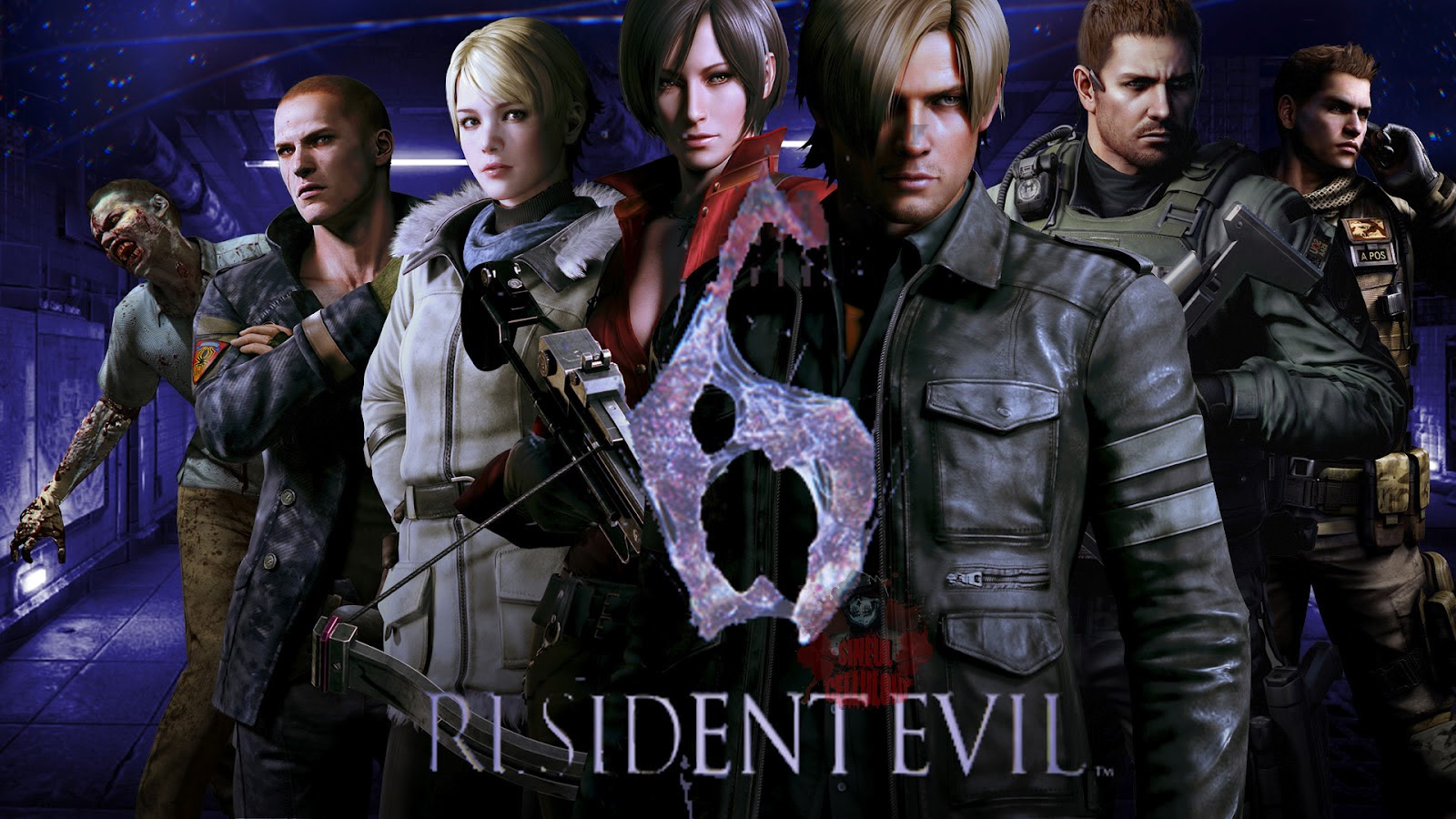 Well, I can't write about the second Resident Evil 6 campaign with the satirical hyperbole that I felt  toward the first (the crazy like a clown car full of zombies adventure that Leon Kennedy got to experience), but I can still review this portion of the game. Sure, 90% of the RE fans have blasted through all four campaigns by now, but that last 10% that either have a real jobs, children or a spouse that does not tolerate the horrid noise such types of games produce might find this worth a read, or are maybe waiting for the PC version later this month.

Fair disclosure: I set the difficulty to amateur, to mitigate the intensely frustrating QTE events I experienced in Leon's campaign. During the playthrough Capcom updated the game with a feature that would even autofill certain button presses for you, which actually was a smart thing for them. As a result, with a few exceptions the bulk of this second campaign was much less stressful (in the bad, this is not fun kind of way) than the first Leon Kennedy campaign on "normal mode."

Chris Redfield's tale takes place three years after Resident Evil 5, and some months after an event in which Chris, now leading a squad of soldiers for the BSAA, a quasi-UN military outfit determined to spend its days mopping up the spillage from previously-thought-extinct Umbrella Corp. He's got a loyal companion by name of Piers who tries to get Chris out of his drunken stupor and back into the action. Turns out Chris lost his entire team in some Eastern European country due to the machinations of the lovely Ada Wong. Ultimately Piers convinces Chris to come back to duty, just in time to deal with a massive terrorist threat from "Neo-Umbrella," which turns out to be Old Umbrella but with more weirdness, larger monsters and even better funding for cooler secret bases.


The campaign for Chris intersects at spots with Leon's campaign (and the next two campaigns as well), filling in the gaps and thankfully not forcing you to play through any of the events that you experienced in the other campaign already. Fans of the series will recall that in the early days there was about 90% overlap in locations and tasks between two different characters' campaigns (i.e. Jill and Chris in the first game). Not so here...this was its own entity, although there were moments where Chris got the idea Leon was up to all sorts of stuff that would help explain why Chris was being put through the grinder (and vice versa). It makes for an interesting experience to see the story unfold this way.

There's not a lot of story depth to Chris's campaign, though. He is called back to action by Piers and his new squad of men, experiences a playable flashback on how he lost his original crew to Ada's actions, then spends most of his time running through the streets of Lianshang in China fighting the latest breed of Umbrella super-soldier, which is a myriad variety of willing terrorists, paramilitary types and madmen who have undergone a variety of transitions from human to alien space bug. By the end, its All Space Bugs, All the Time (except for what appears to be a tyrant at the end, and a massive end boss named Haos that looks like a close relative of the Collector's human addition to the Reaper gang from Mass Effect 2).

Anyway, Chris and Piers spend half the game getting Chris out of his Spec Ops: The Line funk, but luckily he's shooting actual monsters, even if many of them were people once, so he doesn't go Heart of Darkness on anyone. They spend a lot of time on a merry chase to get Ada Wong, who leads them to a ship full of Neo-Umbrella mutants and the revelation of a plan to bomb Lianshang and countless other cities with the new C-Virus, an airborne version of the T-Virus that also makes zombies very quickly. After this debacle, it's off to an aircraft carrier owned by Neo-Umbrella. Remember, the big bad from Leon's campaign is Simmons, the head of Homeland Security, so I guess it's theoretically probable he could have snagged an aircraft carrier for his diabolical plans. Or bought it on the black market from the Russians or something. After the aircraft carrier its off to the middle of the sea where a massive James Bond villain style undersea complex awaits Chris and Piers to unload a metric ton of ammunition into endless waves of vile mutant bug-soldiers.

The entire campaign was fun, and in keeping with the spirit of Chris Redfield's new style ever since Resident Evil 5: which is to say, not very horrifying and full of gunplay. Lots and lots of it. There wasn't anything terribly wrong with this....it's officially an element of the bigger RE universe, it just doesn't happen to be what most people associate RE games with.

There were a few spots that even on idiot-mode were hard to get through, usually because of one critical mistake I was making with the controls. Here's a HUGE and important hint: when you need to run, then slide and then get up quickly, just tap the left trigger, don't hold it down.


This side of the campaign did several things "right" by comparison to the Leon Kennedy campaign. Specifically:

2. Although there is a point at which you'll be running up, up, and still further up through an impressively huge complex, the goegraphy and locales for the Chris campaign at least make spatial sense.

3. By the end, despite the story being flat military melodrama most of the time, it did have a moving moment that made the conclusion have more impact than Leon's ending.

All in all not bad, and not as many "time wasting slogs" as I expected....although one could argue that most of Chris's campaign felt like a slog if you are really frustrated with the way the third person control mechanics work and feel in this title. It's lacking that smooth, comfortable feel that Gears of War has. Even the aforementioned Spec Ops: The Line felt tighter to me.

Also, if you're wondering how I feel about RE 6 by comparison to Aliens: Colonial Marines, the answer is easy: RE 6 hands down is the worthy purchase. I finished A:CM in 10 hours which in Young Dude hours is probably 4-5. I'm 25 hours into RE 6 and still have two more single player campaigns and lots of multi-player to finish, so I definitely got my money's worth here. Plus, even though RE 6 has more frustrating controls than A:CM, the effort on its story (even when inexplicable at times) is still worth following, the graphics look like they are current, and the game has yet to bug out on me (in fairness A:CM didn't bug out on me either, but I've seen those videos, and clearly it bugged out for a lot of other people, at least on the Xbox).

B+ to this one! Camazotz enjoyed it and found it less frustrating or illogical than the first campaign. It wasn't really "horror" but it was a good action game.

Next: I try to avoid shuddering in dread at the fact that I must now tackle Jake Wesker's campaign, the one that almost everyone says will drive a l33t Korean gaming champion to tears of frustration.