How We Devalued Our Hobby and Made Piracy Okay 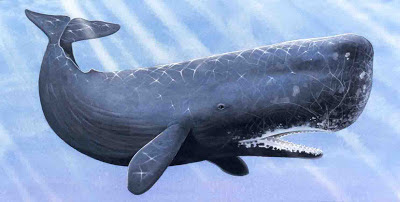 Over on rpg.net there was a discussion on the perceived worth of RPGs and the general of cheapness of gamers. I made the following comment:

This hobby is especially attractive to people with a lower income situation because you can make a single purchase and effectively be set for life, especially if you're set on being a player only. The whales of the tabletop industry tend to be GMs and dedicated players with some extra cash to burn, but even then we have a problem, which is that the time to money value of our products are way the hell out of sync.

In computer games, $60 can get you a game which might net you a 12 hour single player campaign and maybe a few dozen hours of multiplayer gaming unless you're really, really obsessive about it. You might pay $60 and get one hundred hours out of a good CRPG.

In tabletop, a $40 rule book may look expensive but then you'll get, potentially, thousands of hours of play time over a period of years or even decades. Now factor in dozens of supplements and eventually you reach a weird saturation point, where the game effectively offers you "too much." It's effectively been devalued by virtue of its own weight in content. With a CRPG, you know that there's an end point eventually, where you've reached the end of the experience and can put it away. With tabletop RPGs its effectively impossible to reach an end, especially for a well-supported product.

I remember in the early D20 days I was trying to buy all the books as a good collector, and I was about four months in to 3.0's release when I realized that my "collect it all" habit from the pre 3.0 days was effectively over, that the new approach to D&D and its SRD/OGL was going to make it functionally impossible to keep up, both in terms of free time, space, dollars and effort.

Even with being forced to learn how not to collect a game like I had before, I subsequently came to realize that even sticking to the core output from WotC was impossible; when I realized that I had on my shelf dozens of books filled with hundreds of prestige classes, and that by 2006 I had seen exactly 13-odd prestige classes in play, that I had effectively wasted my money on a ton of books which I would never, ever get any use out of.

Anyway, the idea I have is that a lot of gamers like me probably felt an obligation to keep up with their preferred game, especially in the 90's and early 00's, but that the heavy churn on supplemental material forced a great many of us to reconsider what we were buying, and what it's real value was. Given that, once again, you probably only need one (or maybe at most three) books to cover a literal lifetime's worth of gaming, ever....it's a serious problem for the industry, and part of the reason that everyone publishing in this industry does it for love of the game and far, far less often for love of money.

Then I realized that this dovetails nicely with my perception on the PDF market and why we not only devalue the PDF editions of games, but why piracy is so rampant.

There's a sense of need in our hobby to keep up with the games we love. There's also a real desire to stay informed or aware of what's going on in the hobby, to know what's being published. But this is a tough thing when there's a lot of content being written, and at peak periods in this hobby the volume of product is far, far in excess of the average person's leisure time to read up on it.
Role playing games also have a special problem that books don't: their value isn't about what the book contains, necessarily, but about what the book offers at the table. A gamer with money who loves a specific RPG is probably (anecdotally) more willing to buy that game at full price because he knows its worth to him: countless gaming hours at the table. But a gamer who is sort of interested in an RPG for fun, but who has not stake in playing it (due to all his free time being taken up by his other, preferred RPG) is not going to value that other book in the same way...it's really no more significant to him than a typical novel, really. Unless he reads it and learns it's something he could get into, that book has no real worth outside of curiosity in his or her eyes, and the effort and time it took the authors and artists to produce that book is irrelevant to the potential reader/buyer.

A lot of gamers in the past did indeed buy into the constant purchase of supplements to keep their games supported. Part of this was because we earnestly felt that there was a need for those books, that they were extensions of the games we loved and supported. Some of it was simply habit, and lack of a better place to spend. A big chunk of supplement churn stems from older business practices in the 90's and before, which have in the last decade begun to morph into newer, different models that are better able to predict demand and print accordingly. The old days, which killed TSR, are long gone. Buying habits may not have changed for all of us, though. I personally still have to wrestle with the sense that a game without a ton of supplement churn is considered dead or unsupported....it's a veritable paradigm shift to look at a monobook RPG these days and see that as an asset "a single game in one book!" and not as a detraction.

PDFs are a weird thing, because they are usually very cheap (but you get what you pay for, often), sometimes highly focused (want to play a dragonborn frost mage? This 7 page PDF is for you!), and occasionally are more than worth the money but no one will ever know because we have a sense of worth for the physical that trumps the value of virtual goods. Accepting that PDFs have the same worth as a physical product is an entirely different issue for many people, especially if they are coming from the aforementioned group of gamers who bought into the idea of supplement churn, of keeping up with products for its own sake.

Somewhere along the line, the idea of "I must have it all" became divorced from "I must buy all of this." The concept of supporting your preferred game morphed into the mere act of acquiring your own game. Our own penchant for rampant consumerism in a hobby which essentially provides the main course right up front for a modest 1-3 rulebook introductory price, followed by an endless array of desserts is part of the reason for this problem in perspective. We also have a few other contributing factors, not the least of which is that this hobby attracts a lot of people with very little money to spend.

When money is precious, but a person has an addictive desire to collect something, it can lead to an internal rationalization about the perceived worth of a product. This happens all the time in the game industry, both for tabletop and computer gaming. People don't like to think they're doing something wrong, and gifted with brains fully capable of bizarre rationalization and self deception can lead to all sorts of interesting internal strategies for making us feel better about our buying decisions:

"They're price gouging me, so it's okay to pirate it."

"This game isn't worth playing, so why pay?"

"I'd never use this supplement in a million years."

"I just wanted to take a look at it, and the publisher doesn't offer a free version or a demo."

"Who would pay for this in the first place?"

So what's the answer? How does one fix the perception of so many gamers that has led to the devaluation and effective destruction of all artistic and personal worth in our hobby?

Today, most RPG publishers are going through a contraction. There are some very specific exceptions: Paizo is clearly aiming their publishing model for Pathfinder at the expectations of an older crowd, and its paying off, at least partially because their chief competition (WotC) has stopped supporting that same model almost entirely, going instead after premium nostalgia releases instead (until 2014, anyway, after which...who knows). Aside from Paizo (and maybe Fantasy Flight), almost every other RPG publisher out there has narrowed down their focus to either a set of core intermittent products with modest support, and the rest of the hobby is supported entirely by what amounts to grass roots effort where the intent was never to make money in the first place, and doing so is a happy and unexpected coincidence.*

In short....most publishers have accepted that most gamers either have no money or will not spend that money on their hobby. They have instead accepted, to whatever degree either by intention or accident, that the core money to be made comes from the tabletop equivalent of the aforementioned whales, those few dedicates who both have money and also still actually place value on their hobby and its creative worth. The idea is that the whales generate the income, and bring in the umpteen other more conventional gamers, the guys for whom spending $50 a year might be a stretch, even if they own 25 GB of pirated data from Demonoid or the Pirate Bay at home....data which they will likely never read, but will still own because, after all they may not be good hobbyists, but they are fantastic consumers. 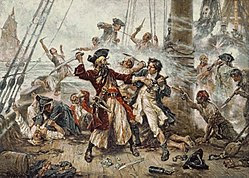 *And then there are the Kickstarters, which changed everything about buy-in and the consumer/creator/publisher relationship. More on that later!
Posted by Doctor Futurity at 7:00 AM