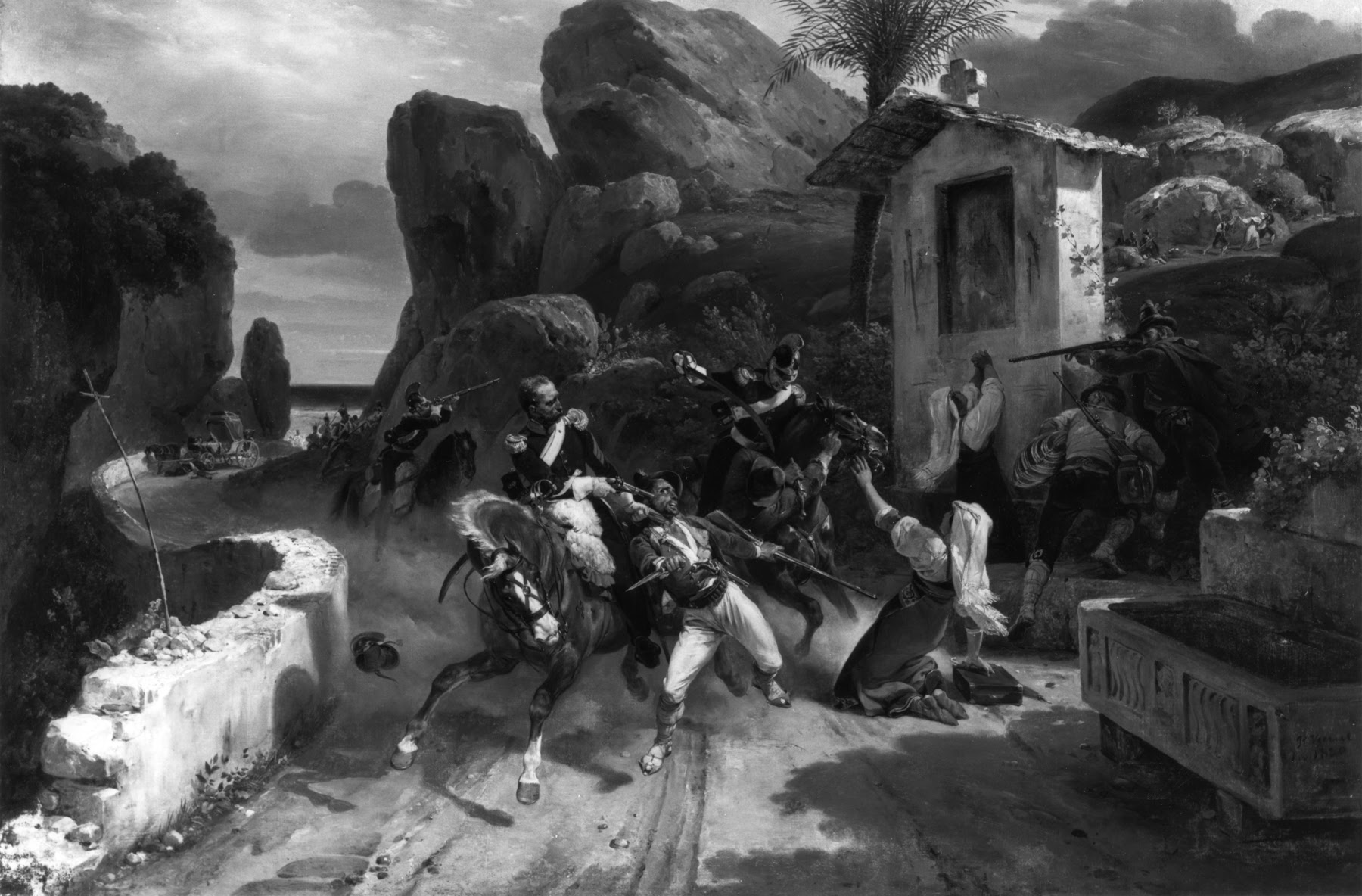 The second Magic World session went off Tuesday evening, this time with all six players in attendance (though two of them were a bit tired....an unfortunate side effect of a mid-week game, alas!)

I'm not going to go into as much detail this time, but the short of it:

When we left off the group as about to leave for the city of Aramen, hired to escort Chancellor Prion. They met two new members of the group, including Almin, another brother from Neremune who had been waiting for them in the city to arrive. Almin was a trader by profession and an escaped slave who had good reason to stay away from the homeland. The other new member was Physician Cross, a local Aeronostic and physically weak man of no small medicinal prowess, who was already in the employ of Chancellor Prion.

The group journeyed north along the coast for about three days before an unfortunate incident just after nightfall where they chose camp led to a rather dramatic series of conflicts. Cross and another guard in the caravan named Ultus scouted ahead to find a suitable spot to make camp for the night. They stumbled across a ruined keep which had mostly collapsed, and while Cross did recall some local legends about how the keep had fallen into disrepair due to a cursed family and a mad baron who committed suicide after all  his children were killed by a witch's curse, they nonetheless felt it was probably okay to stop here.

The caravaneers set up camp and the adventurers investigated the ruins, finding much evidence of rats and one very large nest filled with exotic eggs in the back wing. They proceeded to take an egg, which the shaman Jafar dropped, breaking open to reveal a half-formed monstrosity. Shortly thereafter a hideous roar in the distance greeted their ears. Something sensed its eggs had been tampered with!

The group got back to the camp site along the eastern wall of the old ruin and instructed the Chancellor and his attendants to flee immediately. This happened just in time to realize something had flown in under cover of darkness. In short order two manticores appeared and attacked the camp, one trying to steal a horse, the other taking advanage to nab the sorcerer Shamus, who had moved to position himself beside the entry to the ruins, an unfortunate spot to be in.

Long story short: they hacked the manticore pair apart, but not before Shamus had been brutally liquefied by manticore venom. Amidst all this Physician Cross bolted on his horse into the night. They ran right into a tree in the dark (not many trees in the area) while in flight, knocking both horse and rider half-senseless. To their dismay, it as the hanging tree from the old legend, with a skeleton in the darkness swinging from a low branch. Worse yet, skeletal arms burst from the ground to try and drag both horse and rider under. The horse bolted, luckily for the physically weak Cross, and dragged the doctor across the ground until the Huntress found and calmed the beast, allowing a senseless and beaten Cross to untangle his foot from the reins.

The group subsequently went looking for the Chancellor and his attendants, as well as Commander Draeson and the other guards who were to see to the Chancellor's safety. They instead found tracks leading to a nearby arroyo, only minutes old, and three bodies of the other carvan guards, killed but not looted. Print suggested a struggle, and that the rest had been captured and escorted down the narrow ravine. Shortly thereafter a new expedition was mounted to pursue whoever had absconded with the Chancellor.

The group headed down the ravine, but by fortune a fellow named Radic, a Katari Horseman and bounty hunter who was in the region tracking a band of brigands which local farmers had hired him to kill was in the area, and had watched from a save vantage point as all went down. He also knew the end of the ravine opened into a low area where the bandits were camped, and that the opening was booby-trapped. He decided to intervene, and communicate to the adventurers their plight, as well as show them a better approach to the bandit camp. (This was the new character replacement for Shamus)

The group, with the help of Radic, formulated a plan to assault the bandits, who had corraled their prisoners and were presently beating Commander Draeson and Chancellor Prion for information. Worse yet, two men in black with the burly leader of the brigands appeared to be Sullari assassins! Somehow the assassins had forged ahead and found bandit allies (not hard, as the caravan is very slow).

So it went down like this: Huntress found another high point in a lone tree from which to fire arrows into the well lit camp. Jafar the wizard crept up the closest point he could for spell casting which Cross watched his back. Radic and Almin rode in from the safer angle with no ambush point, while Zhahir rode on his camel through the Ravine and the ambush point as a distraction.

End result: Zhahir's gambit paid off as the net trap and guys with spears were thwarted due to some lucky rolls from the player and abyssmal rolls from the GM. Then Zhahir massively critted on a charging attack with harpoon on the bandit leader, who pretty much was dead on the spot. A stray bandit spotted Cross who ran into the group and cut down one bandit, while Radic and Almin charged in to take on six bandits in combat from horseback. Huntress methodically picked off bandits who had no idea where the arrows were coming from until they decided to flee under cover of darkness to get out of site.

When all was done there were three bandits surrendered, one Sullari captured who bit down on a poison capsule and perished, and the prisoners were free. They healed up the beaten Chancellor and Commander, and decided the bandits had a very nice camp.

Next: much looting ensues, and the journey to Aramen resumes.


(My group has been incredibly patient and I have to thank them for that. The purpose of this night was to get something going my wife could participate in at home, so our son could be managed without having a rampaging 16 month old in a store environment. Marcus is surprisingly not shy about all these people in the house, but nonetheless wants to get Dad's undivided attention right up until bed time. This includes efforts to take my book and notes to see what I'm looking at, taking my dice which are insanely fun to collect, apparently, and generally act like a crazy little monkey with a captive audience! I'm sure he'll make a great DM one day, in other words)