Theater of the Mind Rules for 4E

This is an adaptation of a relative proximy zone, ToTM stylem combat system (as seen in WFRPG 3e and 13th Age) to D&D 4E. It can be used as replacement of grid combat, but since it doesn't change the basic stats and numbers of 4E it is always possible to switch from one to the other for each battle.
It makes combat a bit more hazy and unpredictable, trading off a some tactical control for the sake of smoothness and a more organic, freeform feel.

Background: As seen in WFRPG 3e and 13th Age, the system works using zones of relative proximity. Basically once in combat anything is either Engaged (melee reach), Nearby (1 move action away) or Far Away (2 move actions away). It is still a good idea using minis or tokens for ease of visualisation (we do), but it's not required.

STATES AND MOVEMENTS
• Engaged = Melee (base contact)
• Nearby = One move action away (5 squares or more)
• Far away = Two move actions away (10 squares or more)
• Disengage = Shift; with # being the number of enemies disengaging from (shift 1 = disengage 1 enemy); no roll required
• Difficult Terrain = Slowed = Movement 4 or less : Nearby becomes Far Away, Shift is halved (round down)
• Flanking = two or more allies engaging the same target


Sigh...I really miss playing 4E sometimes! Stuff like this makes me want to jump back in, though I can usually assuage my sense of longing by delving deep into my massive Pathfinder collection or messing around with Magic World, Runequest and BRP. 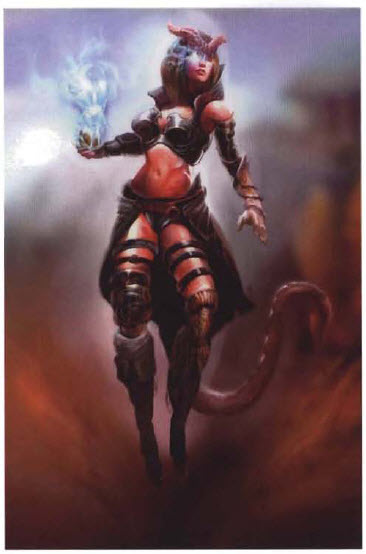