Some Combat House Rules for The Hero's Journey

After messing around with The Hero's Journey, in thinking about how combat is handled with a mixture of deflective (AC) and reductive (reduction value). The book includes some optional rules for GMs who find reduction value gets in the way of conflict resolution, but I felt you could do this with a bit more nuance. Here's three rules I would suggest to improve the combat experience in THJ: 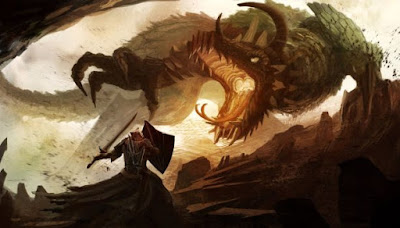 If a PC or foe roll a natural 20 on their attack roll, they get a critical hit. They may do one of the following with a critical hit:

Deal damage directly, bypassing armor
Deal 1 point of damage directly to the armor (permanently reducing it; armor with a RV reaching 0 is useless)
Automatically deal maximum damage with their roll

This option lets foes damage armor, bypass armor and also choose maximum damage against unarmored opponents. Just remember that they only get one option!

If you can absorb damage with armor in THJ, then why not also parry attacks? If you are wielding a weapon and you want to parry, then make an attack roll against the target number your foe rolled. If you roll higher than the final attack roll (with modifiers) then you may roll the damage value of your weapon, convert it to reduction value, and reduce the total by that amount.

Under this system, while using the crit rule above, you can damage weapons used to block you or bypass them on the crit. If you deal damage to a weapon, it loses 1 point of RV, which is equal to the average of it's damage roll, rounded up. So a two-handed sword, with 2D6 damage, has a RV of 7 for purposes of damage dealt to the weapon. You record this as a "-1" and each time you try parrying again with the weapon you roll the parry value and subtract this total. If the damage on the weapon increases, note it as -2, -3, etc. until it reaches the maximum RV based on the average roll, at which time the weapon breaks.

Daggers under this system have a special deflection property: they roll 1D6+1 for determining RV rather than the actual damage roll of 1D6-1.

You could also treat shields like this. Give bucklers a RV 1, regular small shields an RV 3 and larger shields an RV 5. You have to choose to parry with the shield if you so choose, and like weapons they can be targeted and damaged.

Sundering becomes a specific option under these rules. You can elect to bypass attacking your opponent and aim for his shield, armor or weapon. In these cases the attack roll is aimed at sundering the protection of the defender. Sundering attacks are always at a -2 penalty. A normal success that is not parried will result in the attacker rolling damage against the armor, shield or weapon.If the total damage is higher than the RV of the targeted piece of gear, it's RV is reduced by 1.  So an orc with a 2D6 two-handed sword decided to sunder the paladin in plate, targets the armor, and deals 12 damage. The paladin fails to parry and is hit....7 points are aimed at the armor, and the plate armor goes from RV 5 to RV 4.

Sundering is a declared attack, and because it targets gear it does not deal HP damage to the target.

On a natural "1" on the roll, a critical failure, the GM can rule that one possibility of the fumble is that the RV of a parrying or attacking weapon is reduced by 1.

It costs 10 GP per RV and 1D6 hours for a blacksmith to hammer out and repair armor, weapons and shields to reduce damage. Bows, wooden shields and leather armor may require different specialists to repair, and may not be worth the cost.

GMs can rule that magical arms and armor cannot be damaged, but a more realistic method is to declare that they get a saving throw. Anytime a piece of armor, shield or weapon would take damage, and it is magical, it adds its magical modifier to a saving throw, with a target number of 10. If the magical gear rolls 10 or better then it is undamaged. Repairing magical armor requires special skills and typically is 100 GP per RV fixed, and takes 2D6 hours.

Creatures with Natural or Magical Armor

If the GM rules that the natural armor is the source of the RV, then the RV cannot be reduced. Alternatively, RV can be reduced but all extra damage rolled is delivered to the target. Magically granted RV should not be possible to reduce (due to spell or nature of supernatural entity) in most cases. A lycanthrope, for example, is naturally resistant to damage but also does not take any damage from unsilvered weapons. In this case, I would rule that the RV of the werewolf can't be reduced.....unless a silvered weapon is used to sunder.
Posted by Doctor Futurity at 6:00 AM