State of Holiday Gaming So Far (video games, that is) - Ranking AAA games by the Busy Dad Rating 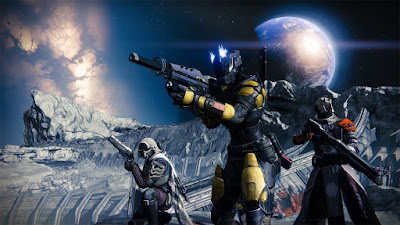 I haven't had as much time as I'd like to assimilate them all, but here's my "busy dad ongoing review status" for the Holiday games I've been in to:

I finally found time to play. It's good, and a refined, cleaner version of the Bethesda engine we all know and love (or loathe). It's got a great intro....brief, but it sets an interesting precedent for your character that I haven't seen in prior Fallout titles. The game is quick to reward you with power armor (that requires a lot of upkeep) and your pet dog, Dogmeat (because in the Fallout universe no one names dogs Spot anymore). This was a bit disconcerting....I'm not used to having some of the cooler elements from Fallout 3 handed to me on a silver platter like this; it feels....pandering? I don't know. But the upkeep requirements on the armor are interesting, and make for a more engaging sense of ownership.

Fallout 4 also introduces some more elaborate crafting (mildly so, but easy to understand). It introduces settlement building, too....I'm not a fan, but maybe I'll warm up to it. If you've been reading about game glitches, take note I am playing the PS4 version (still need to upgrade my PC to run stuff like this) and have encountered no glitches whatsoever. If people complain it looks bad, I can only point out that you're only hearing that complaint from hardcore PC Master Race Dudes; the game looks fine to me.

Busy Dad Rating: A+ as it's purely single player, plays at your pace, seems to be much save friendlier than the old days, and while it's long, it is not the kind of game you'll get tired of any time soon if you're into this sort of RPG/action hybrid.

I'm almost done with the campaign (I think) and the story remains crazy and interesting. I realized I still hadn't tried multiplayer so popped over to the Xbox One to give it a spin before finishing this article. Short version: it feels very good, and feels much better to me than the old Halo 3 MP I spent a lot of time with. I couldn't say how it compares to Halo 4 MP, however....by the time Halo 4 was out I was pretty much focused on PC stuff, no time for console MP. Anyway....I like the feel of it, but it is still a frenetic mayhem-riddled experience where you are certain you are sucking because you don't have time to practice like the 13 year old tea-bagging nutjobs on the other side do. Also, unlike Black Ops 3, Halo still offers zero offline bot-based MP gaming, so no practice opportunities at all.

Busy Dad Rating: A+ for the campaign so far, C+ for the multiplayer; would rank higher if it had any offline ways to enjoy the MP (even Spartan Ops missions like Halo 4 did).

Well, I initially thought this would be the Call of Duty title that broke the camel's back.....but nope, this may actually be the first CoD title in the franchise to really energize it. Black Ops 3's campaign is interesting but not nearly as thrilling as the multiplayer, which returns to an engaging level of addiction I haven't experienced since the original Black Ops (the CoD title which got me hooked on the series, actually). My advice? If you've been itching for good multiplayer gaming, or even bot-based gaming (bots are fully supported in BO3) grab this one, it's worth it. The zombie stuff is fun, too. Treyarch remains my favorite CoD studio, and their latest entry has shown up the last two years of sub par or average CoD games.

Busy Dad Rating: A+ because the CoD people know they have an aging demographic that also doesn't want to piss off fellow players by dropping off in the middle of an event because of all that family stuff. You can play the entire game, all features, offline if you want. The online matches are mostly short, too (except for zombies mode). Fair warning though: the game has a lot of swearing, and if you don't want to explain where your son learned to curse like a grizzled veteran of the cybernetic wars to his teacher, some headphones may be in order.

As is traditional with Destiny storylines you find you've murdered the Taken King halfway through the actual content, leaving lots of strike missions to do mop-up and foreshadowing for future plotlines. The changes to Destiny are overall quite good, and I have since gotten very used to the new Ghost voice from Nolan North....I still miss Dinklebot, but not even fractionally as much as I did before. Honestly, the best voice acting is now between North's Cade and the gothiest girl in the house, Eris Morn.

I'll say this much for Destiny over the other titles discussed: it's where you'll find the best pick-up-and-play co-op so far, and the boss levels are Absolutely Amazing. The arenas for each major fight are full of interesting tactics, shifts, environmental hazards and other surprises, keeping everyone on their feet and thinking through every fight. I've never had so much fun with boss battles as Destiny offers. This is all thanks to The Taken King; it wasn't this good before.

Busy Dad Rating: I've played more Destiny now than any other title on this list. I have to say it's definitely an A game, and would give it a + if the game would let me run any strike I wanted solo on demand.

It's out this week. I'll post more, but I did play through the Open Beta and was most impressed at what was on offer (even if Hoth remained a clear bloodbath for the Rebels). My son is also entranced by the game, so he and I will probably be playing a lot of offline co-op to teach him the basics on the FPS genre, which admittedly he's pretty good at these days. No rating yet, but I'll be curious to see if they offer more (rather than less) solo/offline options given the Battlefield series is not known for being solo friendly at all. 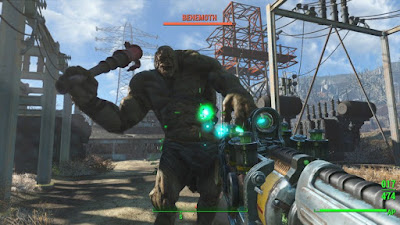