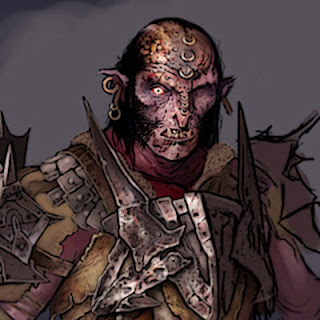 A party of adventurers has a captured prisoner...a hobgoblin river pirate.

The chaotic evil character will cut the hobgoblin's throat, probably without asking. He will be unrepentant if he antagonizes his allies. He might intimidate the hobgoblin into servitude. He will relish a fight with any paladin in the group in this process, bowing down only if it looks like his death is likelier than the paladin's.

The neutral evil character will want to torture and interrogate the prisoner, but only if there's something to be gained. He will abstain if it looks like his allies will turn on him; self interest rules.

The lawful evil character will talk the hobgoblin into serving him after inducing Stockholm Syndrome so he can figure out how to take over the river pirates, while convincing his allies that infiltrating their organization is the only way. A less smart lawful evil character will argue that they need to drag the prisoner back for a proper hanging but really so they can secure any reward for the prisoner's capture. He'll be happier if the local constabulary just need the scalp, however, since that's easier to carry.

The lawful neutral character will defer to the strongest personality that doesn't disrupt the legal process that would dictate the hobgoblin's fate.

The neutral good character will suggest that the hobgoblin go free if he cooperates, but likely won't want to kill him unless the hobgoblin's own crimes are egregious.

The chaotic good character will almost certainly cut him free if he swears to reform and seems honorable, or kill him if he feels the hobgoblin is irredeemably evil (and be unrepentant about his decision).