I'm still working on my 5E update for Realms of Chirak....hope to have something publishable by the end of February. For now, here's some tattoo magic rules in the form of a feat for you to critique: 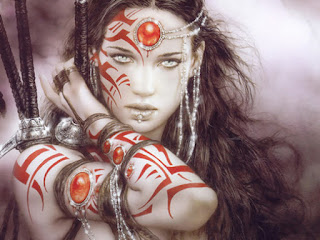 Tattoo Magic
Prerequisite: any spell caster; Eradariin elves gain this feat as part of their Mark of Shaligon trait

Benefit: Called tattoo mages, the practitioners of this art stand out due to the garish spell tattoos which cover their bodies. The character may brand ritual spells upon his or her body in lieu of a spell book, gaining unique special effects for those spells. In Chirak there are several cultures which engage in this form of ritual magic: most notable are the eradariin elves, who engage in a form of ritual scarring that imbues their flesh with spells. In the west, the Sabiri use elaborate forms of artistry and sharply contrasting pigments to imbue spell magic on their skin. Among these cultures heavily decorated skin is a sign of great power.

Each time this is done the caster must choose one spell with which to tie or imbue power via a ritual tattoo. This requires an Arcana check to inscribe with a skill DC of 10+the level of the desired spell imbuement, and an expenditure material components (ink, needle, ritual components) equal to 100 gold pieces per level of the imbued spell. If both of these requirements are not met, the tattoo imbuement fails and must be tried again when the character gains a new level of experience (though different spell imbuements may be tried immediately). 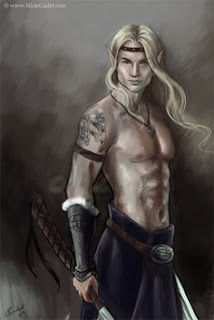 Upon imbuement, the tattoo mage chooses one of the following effects that will benefit the spell:

Difficulty Enhancement (one slot): when cast, the spell gains a +2 to any relevant casting DC
Slot Enhancement (two slots): the spell may be cast as if it were one spell level higher in effect (i.e. you can expend a level 2 spell slot to cast but gain the benefit of a level 3 slot expenditure)
Mnemonic Permanence (one slot): if you must inscribe and memorize a spell as a wizard, the spell is now considered permanently in memory


Faster Casting (three slots): imbuement of the spell in the tattoo makes it possible to cast the spell as a bonus action instead of a regular action, provided the spell is level 3 or lower. A spell tattoo of this type takes up twice as many imbuement slots.

Special: Eradariin elves are high elves which may receive this feat in place of the high elf cantrip. They may elect to start with one spell already imbued (provided they can cast magic). 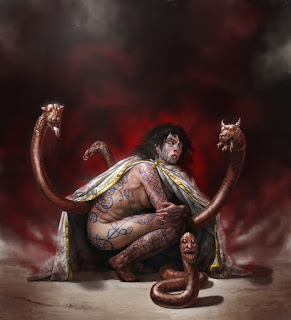