It's one of those things you'd never imagine was possible but, once presented, seems hard to fathom how we went so long without it. GURPS is getting a new sourcebook, and it's actually going to be a print product: GURPS Mars Attacks, based on the Topps cards of the same name. Check out the cover: 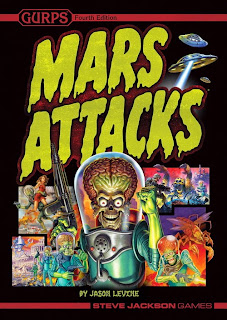 According to "PK" it's going to be derived from the card game (as opposed to that old movie from Tim Burton) and set in a default modern era setting. Here's some gloriously weird old card art to give you an idea of what to expect: 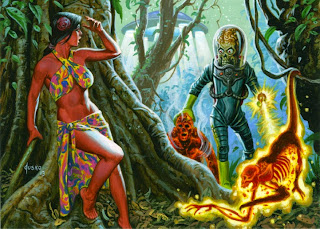 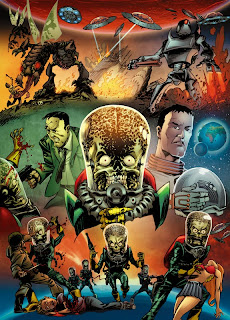 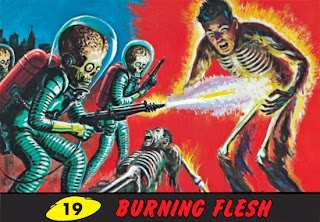 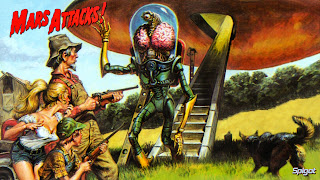 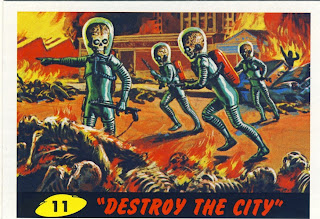 Interestingly the Mars Attacks trading cards apparently came out in 1962, which last I checked put them past the McCarthyism era of the 50's that prompted the rise of the comics code authority (and also these were trading cards as opposed to comics, so there is that). Many of the original cards from this series are downright gruesome in an EC comics sort of fashion.