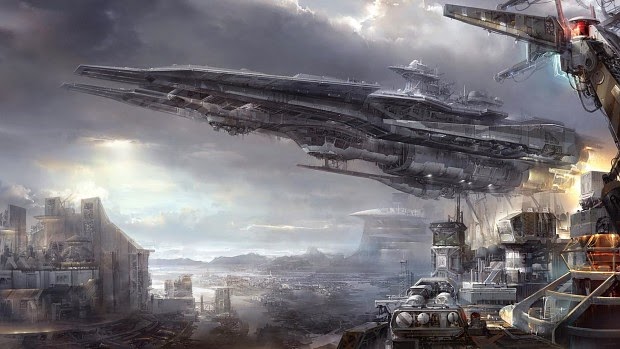 Utopia Incognita
System Data: binary star system; 4 gas giants, 14 standard planets, 2 Type A civilian starports and 1 Type A Sector Authority starport
WPP: A766A85-12
Moons: Utopia Incognita is a moon around the Darius Gas Giant, closest in of the four large gas giants in the system.
Detailed Profile: SP: A; Size: 7; Atmos: 6, Temp: 6, Hydro: 6, Pop: A, Govt: 8, Law: 5, TL: 12
Homeworld Traits: high tech, high population, rich
: Utopia Prime (also site of an A class starport)
Utopia Incognita (Undiscovered Utopia) is the capitol world and center of Sector Authority in Sirianthus Sector. It is a slightly cold world, and most of the population is centered around the warmer equatorial regions. It is a near-earth size world with slightly lower average gravity (.92) than Earth normal. The planet has plenty of resources, but strict regional laws prevent the exploitation of the local environment and resources in favor of materials imported from other regions in the sector. Utopia Incognita’s governing system tries hard to live up to the name, enforcing living standards and insuring a measure of quality living for all citizens. Indeed, on the surface it appears to be an unusually idyllic and beautiful world, with a peaceful, eco-conscious society.
As with all such worlds, this is only on the surface. The decadence of Utopia Incognita has led to a brisk trade in illegal goods, especially drugs, bio and cyber mods for a population of bored dilettantes. This has created an unintended “underworld” of sorts which is most evident in the star ports and the smaller cities and arcologies. More over, there is actually a healthy population of the underprivileged, poor and desperate who arrive at this world to receive the free handouts, only to find out that you must already be a member of the privileged wealthy to gain any perks. The Sector Authority takes time quarterly to round up illegals and haul them off to one of the colony worlds, but it is a thankless, fruitless task.
Characters from Utopia Incognita have access to cybermods, biomods and other treatments not so common in other regions of the sector. It is likelier that denizens from this system are either very wealthy or very poor, and both the criminal underworld and the seat of the local naval power can be found here. 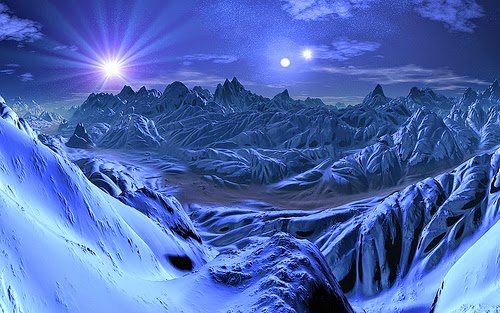 Reardon’s World
System Data: trinary star system, 17 semi-stable planets in orbit, 2 close gas giants
WPP: C303414-12
Moons: Reardon’s World is a moon of the immense ice ball Taurus 443B
Detailed Profile: SP: C; Size: 3; Atmos: 0, Temp: 2 Hydro: 3 (methane seas and ice), Pop: 4, Govt: 1(8), Law: 4(5), TL: 12
Homeworld Traits: ice capped, vaccuum
Reardon’s World is an example of the many uninhabitable worlds of Sirianthus Sector that nonetheless garners lots of attention due to its natural resources. The bulk of the moon’s resources can be found in the thick ice sheets, in which copious amounts of frozen hydrogen can be found, along with a surprisingly rich variety of metals beneath the moon’s crust. More interesting than that is the presence of several prior xenoforms on the moon, who all established refineries and mining activities, then apparently abandoned their operations, though no one has yet established what happened to these former miners. The Von Neuman Institute pays handsomely for unusual artifacts found by the local belters and prospectors who discover unusual artifacts on the moon.
Reardon’s World is in relatively close proxmimity to Taurus Station, which is an orbital refinery platform around the gas giant, where a great deal of mechanized fuel mining takes place. Although no bases have been built on Taurus 443B due to the crushing atmosphere and 4.7 gees local gravity on the surface, Taurus Station (a Class C port) is a primary lifeline to the local miners and belters in the area.

Apophis 2216R
System Data: single star system, 5 gas giants, 11 smaller planets
WPP: E844300-X
Moons: Apophis has no moons
Detailed Profile: SP: E; Size: 8; Atmos: 4, Temp: 5 Hydro: 4, Pop: 3, Govt: 0, Law: 0, TL: 8
Homeworld Traits: poor, desert
Apophis was named by its first explorers, who felt that the world was a damnable location that showed every evidence of being a relic of some lost, evil age. The world has evidence of a dead civilization that wiped itself out countless millennia ago in a nuclear apocalypse. The aliens who perpetrated this crime are unknown, though evidence showed that they used orbital bombardment against a civilization just barely reaching the space age. The system is rife with relics in space and on other worlds of these cultures, though nothing but fossils and dust is left of the original inhabitants. Their technology was distinctly inferior to that of the precursors found on other planets in the sector, and they are believed to have existed within the llast forty thousand years, reaching the first space age thirty five thousand years ago, then being extinguished in nuclear fire within a few decades.
Apophis has a few rather notable traits worth avoiding. First, several attempts at colonization have tried and failed. There are still clusters of humanity dwelling on the world, struggling to survive, either forgotten or willfully exiling themselves to this planet due to religious or ideological issues. Pirates have made Apophis a base of operations on more than one occasion, and a crude class X starport called Trogan’s Respite is currently active, where known criminals can find a safe harbor. Third, it is a major stop over for smuggling vessels transporting illicit goods, such as drugs or slaves. Sector Patrol makes a fair habit of stopping in the system whenever possible; they always stir something up.
On world, the harsh alien ecology is littered with the survivors of the lost age, including a crude species called Skizaddi in their own tongue who appear to be rather sophisticated organisms that evolved sentience rapidly after the collapse of the former sentient species in warfare. The Skizaddi are primitive hunters but have learned tool use. They are dimly reminiscent of human sized sapient centipedes with several longer, more ambulatory forelimbs. These hard predators are only one of several dangerous local species that local colonists contend with. There are plenty of ruined colonial cities and townships across the globe to attest to how hard life is here.


Finally, the world has received a reputation for being haunted. Spacers and colonists in the region regularly report “sightings” of what some claim are ghostly alien remnants from the extinct sentients who once ruled the world, though no research has taken such claims seriously. Still, spacers in the region like to tell tales of ships whose crew went mad and sent themselves out of an airlock after an encounter with such apparitions.
Posted by Doctor Futurity at 6:00 AM