Is D&D 5E Good for the OSR Economy?

I have a theory (that lacks support beyond the usual anecdotes) that the ease with which D&D 5E allows one to adapt older edition modules and content to the current rules system may in fact be promoting more expansion and growth among OSR games, as well as more sales. When you can pick up any number of OSR tomes and use them with minimal effort in D&D 5E, the absence of a robust product release schedule...or even an OGL....for D&D 5E is not so troubling.

For those gamers who find D&D 5E to be a bit simple in design, that is certainly not the case....but I think there are more of "us" out there buying OSR books these days then there are of the other variety, who reserve their attention for all things Pathfinder and the now dead but still voluminously covered 4th edition rules. I didn't use to think that.....and I don't mean to suggest that total Pathfinder players aren't far in excess of OSR players (they most certainly are), but among those who actually buy stuff....the RPG whales...I think there are a significant number of us these days buying OSR books or D&D 5E stuff that we then perhaps use with OSR content as well (or at least a growing number of the latter).

Most Pathfinder players I know never buy anything....Paizo is lucky if they even pay for the $10 PDF of the core rules over pirating it or using online OGL resources...suggesting that all the buying is being done by the GMs for Pathfinder. Even then I wonder just how many there really are; it's a hard thing to gauge, since the fact is, most visible Pathfinder content out there today comes in the form of 3PP PDFs with price tags, and I don't really find that many blogs that do things creatively with the game.* Certainly not blogs like you find in the OSR, which with few exceptions are all usually quite involved in the hobby in a very creative way (notable exception: cool blogs like The Daily Bestiary for Pathfinder).

Then again, I could just not be looking in the right circles...and right now most of my circles are giant "Os" at the start of OSR....but to get to my question in the header: maybe it is, but maybe its more like a complimentary sort of arrangement; people who might not have used an OSR product by itself can now do so because there is a contemporary system that is at least OSR friendly....and often times that's all it really takes. 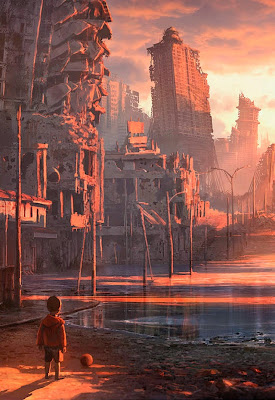 *My theory is that stat block and design for Pathfinder/3.5 is considered onerous, unpleasant work by most, such that paying for content is preferred over just making it...and those who take the time to make for it realize that it is hard work, and want to be paid for the time and effort. Unlike OSR bloggers and 5E bloggers who are riding a sometimes decades' old sense of visceral joy at their hobby's creative expression and love giving things away, sometimes even very classy things for free or at cost.