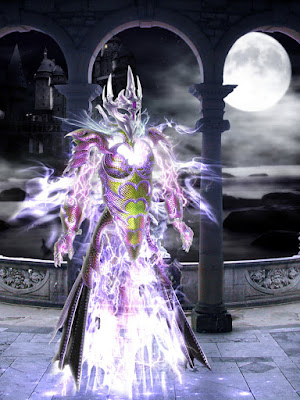 Korozonti (Lighting Men)
CR 8 (3,900 XP)
LN medium celestial outsider
Initiative +9 (improved)
DEFENSE
AC 19 (natural armor plus dexterity)
HP 77 (14D8+14)
Resistance: thunder, acid
Immunity: lighting, fire
Special: cold damage heals krozonti and doubles their movement for one round
OFFENSE
Speed 30 feet, 60 feet flying
Multiattack Korozonti are literally lightning quick. They may strike three times with any combination of fist, weapon or lightning strike attacks each round.
Melee Attack – Fist +9 to hit (reach 5 ft, one target), 1D8+5 bludgeoning damage and 3D8 lighting damage
Melee Attack – Lighting Whip +9 to hit (15 foot reach, one target), 2D4+5 slashing damage and 3D8 lighting damage plus target is knocked prone if it fails a DC 17 Dexterity Save.
Ranged Attack – Lighting Blast (Recharge 5, 6) (120 foot range, all targets in line of effect) targets in line of effect must make a save vs. Dexterity DC 17 or take 12D8 lightning damage; success means ½ damage.
Reaction – Lightning Shield (Recharge 6); Korozonti can evoke a wall of lightning and force that grants resistance against the attack that prompted the reaction.
Statistics
STR 14 (+2), DEX 20 (+5), CON 12 (+1), INT 18 (+4), WIS 14 (+2), CHA 12 (+1)
Languages: common, primordial, Korozonti
Senses: blindsight, Perception +6 (passive 16)
Skills: Arcana +8, Insight +6
TRAITS
Lighting Magic: Korozonti are often encountered with levels of storm sorcerer, and korozont wizards and druids favor storm and lighting magic.
Superconductive: cold damage actually heals a Korozont and doubles their movement until the end of their next round in which the cold damage is dealt.  They become “hyperconductive.”
Blindsight: Korozont can actually “see” in other spectra of light and as such invisible creatures are plainly visible to them, due to infrared radiation and other waves of light the body works in. This gives them functional “sight distance” blindsight.

Korozonti are a race of lighting elemental humanoids that migrate through the planes. Though they are identifiably native to the Elemental Chaos, they have been found far and wide, usually in the service of lawful, neutral and good deities and their servants. A large enclave exists in the Outlands in a dominion called Peace, where it is said the demiurge of peace (known as an obscure primordial called Saedra’hadal in the Anansic language) exists. This demiurge is allegedly a benevolent being of light and purity, served by a host of dedicated seraphim, the city of Kamaskos in which the Korozonti reside, and other celestial beings.

Korozonti physically look like men of glass and mirror surrounded by lighting. They usually wear cloaks and robes to disguise the bulk of their form. Merely touching a korozont can cause 3D8 lighting damage unless they will themselves “harmless” so the need for thick robes and gloves when moving in crowds is evident. Korozont robes are distinct, in that they seem to negate static charge, creating an insulating effect; normally a korozont in regular clothes will rapidly build up a charge and accidentally release a lighting blast within 1D10 minutes of moving about, half that in a dry and arid environment.

Korozonti are dedicated to philosophical pursuits of truth and knowledge. They are prone to following whatever power they meet in the planes that promises this, and are known to occasionally be duped into following evil beings.

Optional Trait: Lightning Movement
Some korozonti are so proficient at their form of lightning that they can move with near instantaneous speed from one location to another. This ability may be used once per day, and allow them to arrive literally "like a bolt from the blue" at another location within 1,000 miles. This arrival is impossible to disguise, with a thunderclap and lighting strike. In the event a target is standing at ground zero (by accident or design) he or she must make a DC DC 17 Dexterity save or take 4D8 thunder and 4D8 lighting damage and be knocked prone adjacent to the point the korozont arrives. 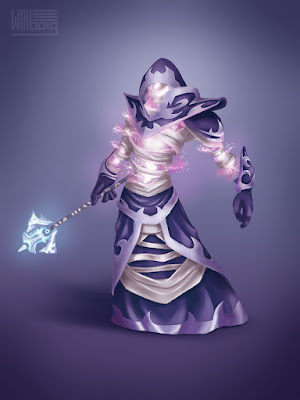