Formal work on the Realms of Chirak, 2nd Edition has begun

I am ready to tackle it. I feel my familiarity with 5E rules is reaching a comfortable point, and the ease with which one can design monster and NPC stat blocks is greatly appreciated. Realms of Chirak 2nd edition will be designed initially for use with D&D 5E and I will use the same publishing scheme I used previously to publish it (as an OGL resource), similar to the method used by Frog God Games and Goodman Games....unless WotC manages to produce an OGL of some sort before I am finished, anyway.

I'll post some rules stuff on the blog as I go to try and vett ideas to the general crowd. I've done a bit of this already....some 5E designs on Chirak races are already up here and if anyone wants to provide some feedback I would welcome it. Players in my group will likely already offer feedback; my next planned Chirak campaign in 5E will be a "one year later" revisit to the fabled Espanean city of Corlione, a locale which the prior adventuring crew all but trashed in their rise from level 1-15 in Pathfinder, before sailing south to the remote lands of U'al for some serious high level gaming.

So yes, their level one 5E characters will get to roam a city still rebuilding from the destructive wake left behind by the prior adventurers. That same campaign even had a grand plot involving time travel using a legendary "Pillar of Eternity" (no relation) which when united with a planetary convergence that happens only once every 2500 years allows for those with the know-how to slide up and down the time stream, to reappear at the exact point in the past --or future-- that the last or next convergence takes place. That campaign witnessed the birth of the Final War and the death of all Chirak at the hands of the cosmic fiend Molabal. It also destroyed Molabal, presumably changing the future history they witnessed.

Anyway....the new Realms of Chirak book is going to focus more tightly on the Sea of Chirak region to start (plus a couple key locales such as Sabiri, Xoxtocharit and Kasdalan), and then I'll work on expansions that focus on the other regions of the setting, since each one alone would merit a book in its own right. I figure this will keep me motivated for some time.

I was considering a Swords & Wizardry Complete editon as well. This requires both more and less work: 5E philosophy of design is much leaner and easier to work with than prior recent editions, and closer in spirit to the classic 0E retroclone, but in terms of "what you need" to run S&W it's still more detail than the original game demands. As such, it would be a matter of refining and paring down that which is not needed and replacing those rules and stat blocks with the slimmer and more frugal classic 0E design. But worth it; both games have a lot in common, and being intensely fun to run and play is top on the list. *

I wish I had the energy to work on a Pathfinder version of Chirak...I certainly have the detritus of such lying around to assemble something. Alas, much like the reason a D20 3.X era version of the game never came to light (despite my personal guide to such used from 2000-2008) the simple fact is that the raw mechanical rigor of that iteration of D&D is just not fun for me to mess with. There are many who love that rigorous approach to the game....I am not one of them. You'd literally have to pay me, quite a bit, to do it, because it feels like a job, not fun to mess with 3.X era stat blocks. I guess what I'm trying to say is that if I ever Kickstart this (a possibility once I have a finished manuscript in layout and edited, if only to secure money for decent art) then a Pathfinder version could be a stretch goal or something. Or maybe not, I'm really not much of a masochist.... 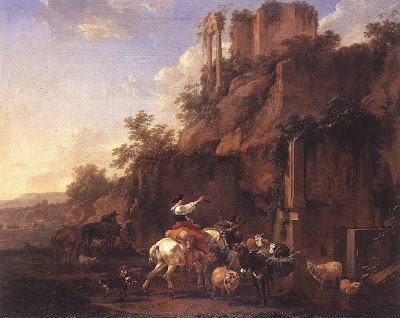 *On the other hand....I have this idea for doing (yet another) revision to a different setting, one with a grim old school thematic that I think might fit really well with S&W....Sarvaelen, the one I developed on this blog a while back, first for T&T and then later for a medley of BRP/MW/Legend. I only ran one campaign with it so far (in Magic World) but for various reasons I felt like the world wasn't quite "clicking." In my original T&T edition, initially done for the fun of it, I still presumed a world with elves and dwarves and hobbits/halflings...but with the darkness of a Howard/Lovecraft sword & sorcery feel. I later questioned the need to include Tolkienesque tropes in the world, which oddly was both liberating and limiting...in the sense that focusing on humans only helped develop the world as a more grounded and realistic locale, but it also carved out a lot of what at the core of a D&D world makes it D&D for many people (the fantastical elements are permitted for players as well, at least in so far as elves and dwarves are still fantastical, sort of). So now I'm debating the idea of going back to my original conceptualization, and reintroducing more elves and dwarves and such, albeit perhaps in new and darker forms...more mysterious and remote, ancient races withdrawn from the world which only recently saw fit to re-emerge when the empire of Camrinal destroyed itself. Orcs and goblins may surface as well, as a malfeasance boiling out of the damaged earth in the wake of Camrinal's fall, forcing the dwarves to interact with surface dwellers again. We'll see....there's a lot of room in this world for all of these races, as is fit for any good D&D world.

More to come on this, but once I started thinking about how S&W would fit Sarvaelen and the Watchers of the Sullen Vigil thematically it was like that setting finally "popped" for me....I think it's the final piece of the world-puzzle that that setting needed. More to come on that, probably soon.
Posted by Doctor Futurity at 6:00 AM