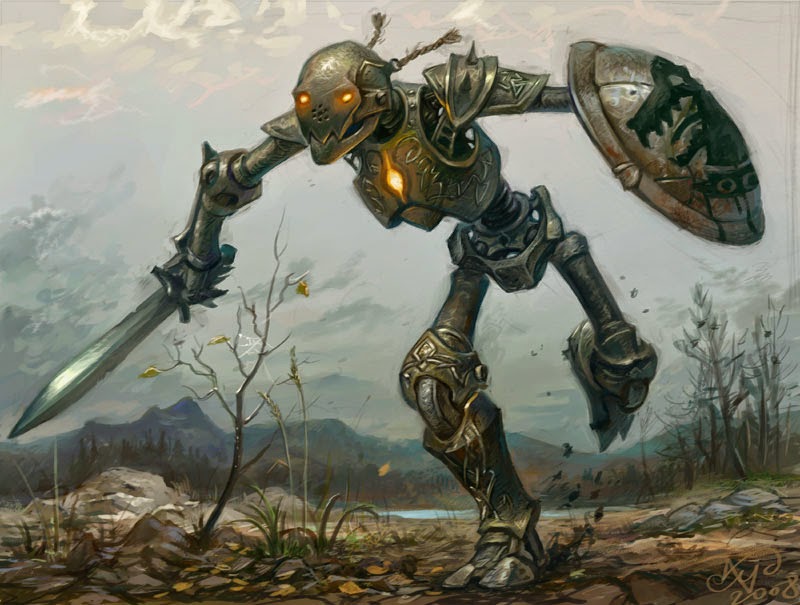 Living Construct. The animate collector is a living construct, and does not need to eat, breathe or sleep, though an animate with spell casting ability will need to meditate. Animates are immune to poison. Living contructs do have an animating spirit, however, and intelligence. As such they are not resistant to mind altering effects,
Lightning Slowness. Animates are reduced to half moving speed for one round when struck by lightning, and in that round they cannot take bonus actions or reactions.
Elemental Imbuement (fire): animates may imbue themselves with resistance to one elemental type. The sample worker drone is imbued with fire.


Armor Up. Animate collectors can “seal” their armor in reaction to an attack that they are aware of. The target gains disadvantage on the attack. This attack can be performed against any incoming strike the animate is aware of until the animate actually takes damage, at which time it is no longer able to effectively armor up until it repairs itself.

Animate collectors are the most human looking of the sentient golems, usually appearing as lavishly decorated humanoids with etched skin made of bronze, gold, wood and ceramic plates. Their bodies are composed of a curious mixture of clay, plastic-like substances, woolen material and these black strands of an unknown carbon-like substance that radiates elemental heat.

Collectors really don’t like to fight, although they are equipped for it if necessary. Their primary function is to observe, record, and learn about the many cultures of Chirak, and if forced to confrontation the animate will seek only to defend and avoid hurting others. Not all animates are like this, however. Some rogue collectors, or animates from the Black Dome seem to look down on organic biological beings as less than worthy, and show an utter disdain for the lives of others. Such collectors are often found in league with the Arcanists, seeking out lost and forbidden secrets for exploitation.

In other worlds collectors would rise from any relic civilization where sentient golems or constructs were created. For example in Pergerron collectors may have existed in the era of the Saric Empire and, like Gear Maidens, may have served their elven creators, and now wait to be found and reactivated in the rubble of old cities. Some may be active now in enlightened corners of the world like Phantomax.

Rules for playing animates as a character race option are here. 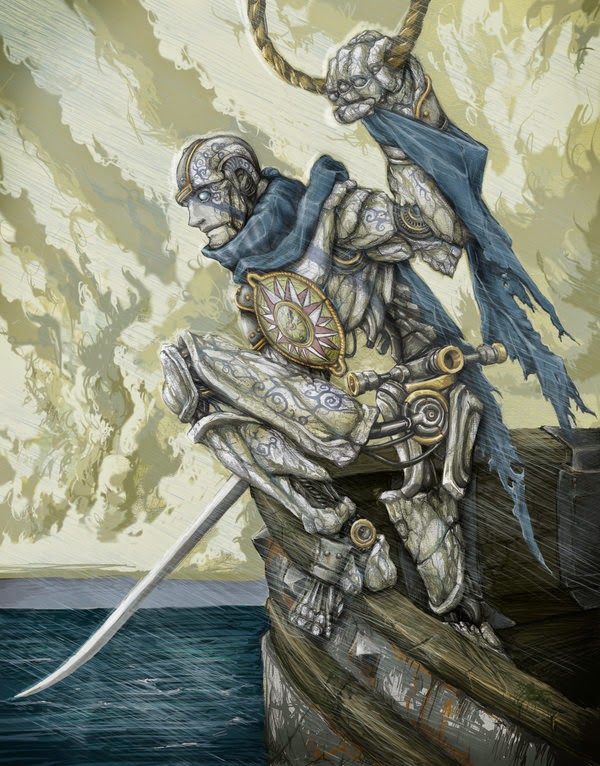