Sword Coast Legends - what does $60 really get you? 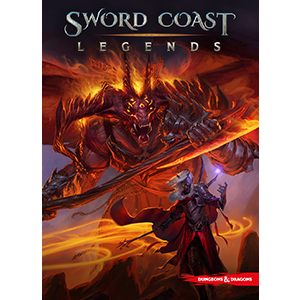 I'm probably a bit late on commenting on this, but Sword Coast Legends does deserve some attention. On the surface it appears to be a isometric Baldur's Gate-style RPG with some utility that will give it a bit of the Neverwinter Nights cusotmization for running home games. The ad copy here and here strongly imply that you as DM will be laying out the tiles, monsters and other encounter bits for home-design scenarios.

This may sound cool, and if you're mostly coming at this from the tabletop end then it's worth pointing out that NWN's scenario design abilities weren't quite what one thinks of when you see Fantasy Grounds or other online tabletop utilities. NWN let you use a rather complex design tool to create CRPG adventures, which were more or less pre-programmed with a certain amount of DM intervention possible....but it wasn't a grand medium of free-form tabletop style gaming.... you were definitely still playing a CRPG, just with a player who could manipulate some of the story elements at times.

The other interesting element of Sword Coast Legends is the price. It looks like entry in the single player game only is a measly $35, which isn't bad. $60 seems to get you some functionality as a DM with one "Lost Mines" dungeon tile set. There are the obligatory deluxe special collectors editions aimed at the D&D whales out there, which I concede I am probably not one of; I only dedicate a functional chunk of my time to D&D, and don't buy every miniature game, board game and special super collector's edition PC game there is......but I guess they expect somebody will.

$60 seems fine for a "single player plus DM's kit" edition, right? But one tile set suggests that this will be a micro-transaction/DLC-based title. This trend is nothing new today....Project Spark and other titles give you a minimum level of functionality and then dump a cash shop full of minutiae on you to expand your game experience for the right price. It's a shame to see that this is likely the way Sword Coast Legends will go, since of course we can all still load up Neverwinter Nights 1 and 2 on GOG games and (for a bit of aggravation and effort) get all the tile sets you could ever want for no extra cost. So while it looks like the base game will be $35 or $60....the truth is we have no idea how expensive it will be to get the "full game."

$60 used to be the "end point" for a game purchase....the cost point at which you owned the whole thing. But for the last several years now that's completely eroded away....$60 is now the "entry point" for most games, the bare minimum for playable access, beyond which more money must be given for the "rest of the game."

Oh well....at least it's not "free." That's the word that tells you you'll end up paying the most money for all the options....
Posted by Doctor Futurity at 7:30 AM