Located east of the city-state of Samaskar, and found only by those who look carefully for the path that leads from the stone-henge atop The Hill of Giants, lies the pathway to the Vosjin Wood, a demon-haunted forest of mystery in Pergerron.... 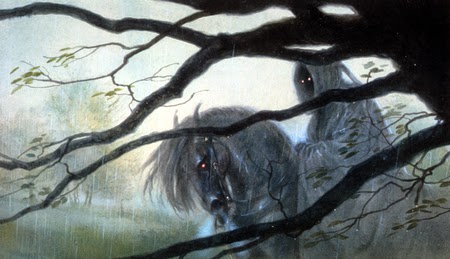 The haunted Vosjin Wood is actually a landmark of the ancient war between the primordials and the Enkanneth, a landmark battle where the forces of the old Empire of Sar rose up against the Enkanneth and their armies, bolstered after the defeat of the primordials in the outworld. Using dire magics, an army of elvish blood knight vampires sought to destroy the human armies, but the goddess Suliversa called upon her divine magic and encased the army in a vast forest which rose up and grew around the armies of Sar. The trees captured all of the sundry monsters, blood knights and other creatures encompassing the last stand of the Saric armies and the primordial followers. To this day it is said that the trees of Vosjin feed on blood and that one can accidentally awaken a vampire (or worse), trapped in torpor, within the trees. 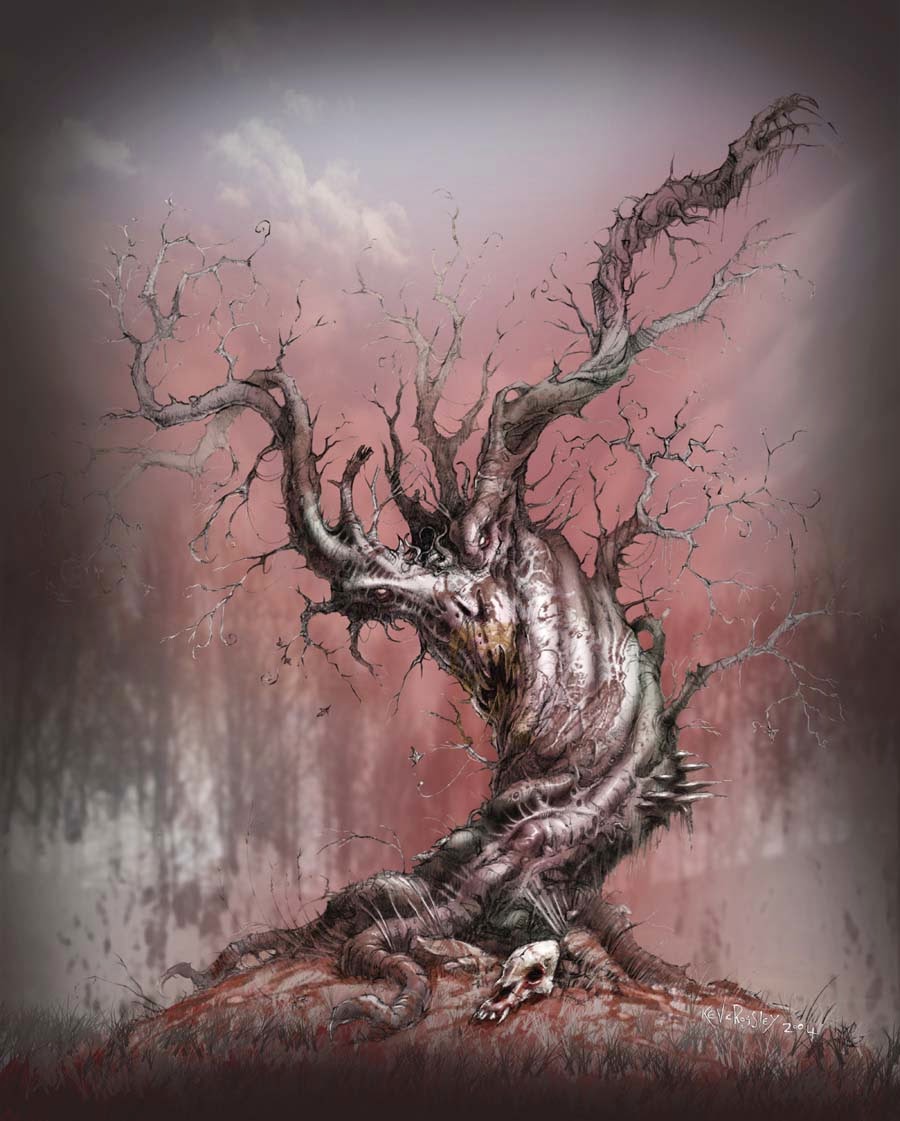 Getting to the forest isn’t easy: first you find the Hill of Giants, about ten miles north east of Samaskar, where an ancient stone henge rests along with the entrance to multiple tombs of old giants. Then the henge must align such that one sees a path into the wood. To do otherwise will lead the explorer only into the mundane Dreshani woodlands. Once in, escape is not so easy; the forest is enchanted, and no path is easily discerned save what the spirits of the wood desire you to see.

The forest has three spirits of great power which vie for control of the woods, and serve as protectors to the hidden portals which lead to the Outworld and the Mountain of Sahambla. The sole survivor of that ancient army of Sar was the Lamia Queen, Sukagra, and she was tasked with the goddess Suliversa with overseeing the great woods, to insure that the army within was never released; it is said that every time a creature is released from the woods, Sukagra must hunt it down or suffer terrible pain, or even death.

Sukagra has reformed much over the thousand years she has ruled the woods as warden. In this time she has come to recognize that the primordials and the old empire of Sar had grown corrupt with power, and that they brought their own downfall with the hubris they showed toward the young race of man. To this end she has accepted her role as a warden and protector of the Vosjin Wood. She has also changed in her very nature, becoming a champion of light and a purveyor of the ideals of the Enkanneth as a result.

The other two spirits were bound to the wood when the goddess forged the great expanse. Both were gatekeepers in their prior lives, spirits who held the keys to the portals to the Outworld locked within the woods: The White Stag knew the secret path to the Chasm, a bottomless rift in the ground beyond which the mountain of Sahambla rested. The Black Rook knew of the Portals within the earth and the Deep Passage, reached through the cistern beneath Aruman’s villa and other ways. The Black Rook was a being of pure shadow, a spirit spawned from the emanations of Pulsagral, and a interested party in entities like Aruman, which it likes to trap in the woods as playthings.

The White Stag, by contrast, is a being of pure balance and empathy, and also a servant of the old god Sambador. Sambador was a primordial of neutrality, and the White Stag seeks to find champions who can pick up the cause to either awaken or avenge the primordial.

There are many who have sought the refuge of the magic wood, which by its nature obscures the path of those who enter such that no one leaves without the will of one of the three caretakers. The Saganyir Elves are one of the most notable denizens of the woodlands, a tribe of ancient wood elves who found the comfort of the magic wood and its access to Outworld to be to their liking. Led by the elder lord Vask’Tinorin, who may well have been a survivor of the ancient war and a young elf when the Vosjin Wood was created, these elves remember the old ways of Sar, but seek to learn where they fell in their hubris. They revere Sukagras almost like a goddess.

The Tymardiae are also frequent visitors to the Vosjin Wood. These gypsies of the east claim to have descended from the lineage of Suliversa, and have a blood relation to the enkanneth. This allows them freedom of movement in the magic wood, which allows them to enter the outworld as they wish, for the Tymardiae are indeed gifted with a sight that lets them see the bridges to the outworld, and to enter and leave the outworld as they wish.

One of the greatest threats of the Vosjin Wood is the green dragon Caldare. Caldare has resided in the forest for centuries now, and he is one of the few beings with the force of will necessary to leave against the wishes of the spirits of the wood. He hunts any who he wishes, and serves the whispering madness of the shadow as he sees fit. Sukagra would see him banished or slain but lacks the power to do so herself. There is some evidence that the secret cult to Hox Nagor is affiliated with Caldare, and may in fact regard him as a patron or even a lesser god to be worshipped, for Caldare claims to have descended from Hox Nagor, when the primordial lay with the dragon queen Cytarelle.

Of final specific note is the presence of the Ibixians, goat-headed beastmen of the Outworld who frequently arrive in the Vosjin Wood and seek to escape into the rest of the world to do much harm. The Black Rook lets them go, the White Stag tricks them into returning to the Outworld, and Sukagra seeks to hunt them down when possible.

Next: Aruman, the Lich of Vosjin
Posted by Doctor Futurity at 6:00 AM