D&D 5E: Kobolds for Every Occasion-Shield Champions, Wardogs and Spellstabbers

Next time your 5th edition gang of adventurers meet some kobolds, throw these tyrannical devil dogs at them and see what happens….the kobold shield champion, wardog and spellstabber will make for some impressive combatants against a party used to the same old 5 hit point kobolds in the Monster Manual.

Each of these stat blocks was created according to the guidelines in the DMG (page 282-283). 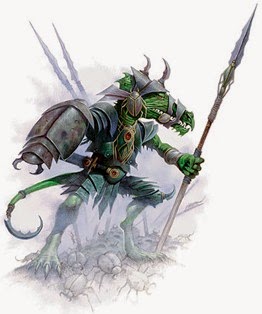 The kobold shield champion is a towering monster among his kind, almost four feet tall and bristling with tiny but spring-loaded muscles, ready to terrify Halflings and gnomes everywhere. He is a dedicate to Tiamat, and believes that in the next life he will reincarnate as a dragonborn, or perhaps even a drake of some sort. Anything is better than being a kobold… 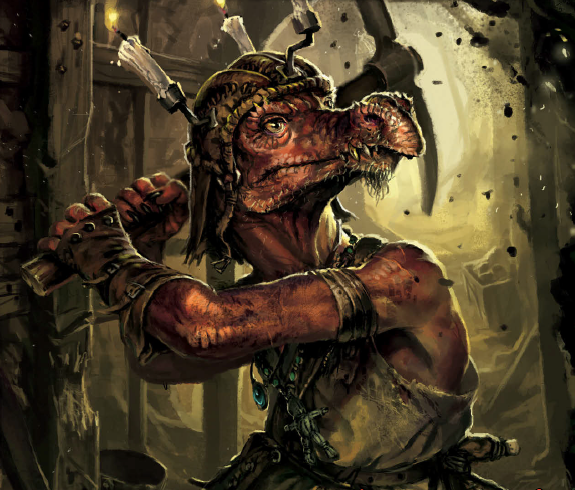 The kobold wardogs represent a special subculture of kobold warriors who believe they channel the spirit of the rabid fire drakes, barking like mad beasts as they charge into battle swining their mighty warhammers about like crazed berserkers. Wardogs are literally trying to become drakes in their minds, hoping this will let them get closer to spiritual reincarnation as the next echelon of draconic being after they perish.

The kobold spellstabbers are a breed apart. Worshipping tiamat but harboring a clever intelligence and cunning for magic far above their brethren, the spellstabbers have formed an elite order of eldritch knights within the larger kobold societies, serving in many cases to dominate behind the scenes. Spellstabbers aren’t terribly formidable by the standards of elven and human mages, but their reliance on cunning and surprise, as well as fielding plenty of wardogs and shield champions ahead of them while they bombard with magic from afar has given them a well-earned reputation.

A note about encumbrance: each of these kobolds is below the gear threshold for the optional encumbrance rules, but in some cases only a bit. As such, a successful gang of kobold raiders will quickly start to slow down if they drag too much loot away from a raid. They usually drag along lots of normal kobolds to do that job.
Posted by Doctor Futurity at 6:00 AM