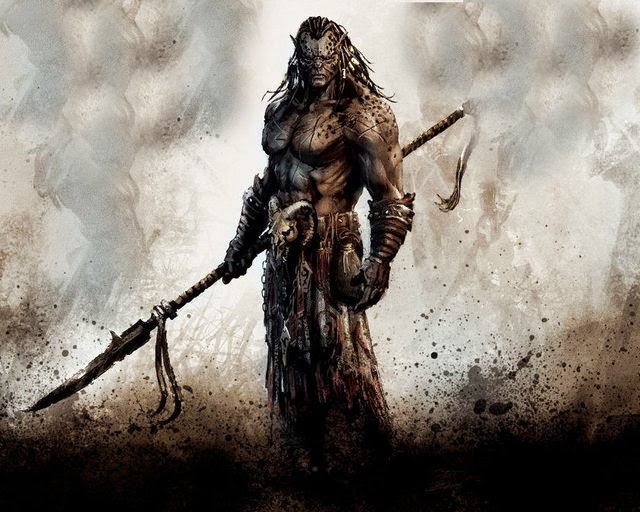 Amaskar was the bastard son of Kalabar Drethos, warlock-king of Mt. Gol. His mother was the elven sorceress Ayetha, but she died shortly after childbirth and he was given to her sister and kin to be raised. He was taken with the Saelyndin clan to Caluum where a healthy elvish district resides to be raised in a more cosmopolitan city than the Sybariti elves could offer in the forest. Amaskar became obsessed with the Monastery of Greatwater where the warrior-monks of Kalar resided, and petitioned for entry. He is an avid student. During a visit to the north Amaskar was instrumental in saving a village from the Behir of Gataz, and so his life as a local folk hero began.

Recently Amaskar fell in with a group of malfeasant rogues and tomb robbers, seeking to aid them in a quest to find a dragon. He was badly wounded and left in the swamp, believed dead. A kindly lizardfolk shaman named Sis’thik found and nurtured him back to health.

Personality Trait: Judges people by actions, not words
Ideal: Freedom!
Bond: protects those who cannot protect themselves
Flaw: the warlord of Mt. Goal has it out for Amaskar (might be a blood relation…)