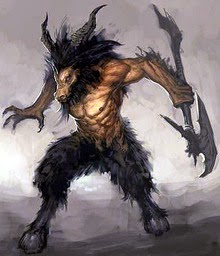 Ibixians are planar denizens of the Outworld, a timeless, infinite dimension that some fanatics of the great wheel believe is just a lost segment of the Outlands, and others think is a spawning realm of the Abyssal Chaos. The ibixians don’t care; they believe they were born of the sweat from the pits of the primordial Pulsragal himself, as he rained down his bodily fluids upon the land. From each plague-ridden drop formed an ibixian, whole and ready to serve their vile elder god of plagues.

The ibixians technically do have males and females and can procreate as a species, but they prefer to capture humanoids of other types as breeding stock; such infants are usually born true ibixians 60% of the time; the rest are deformed, stillborn, or manifest as terrifying monsters of unusual nature.

Ibixians regularly seek out planar pathways into the mortal realm, especially the native world of Pulsragal, the lands of Pergerron, where they raid for food, wealth and breeding stock. The ibixians have a unique trait that they call their “third eye” which literally manifests as a third eye upon their forehead that is blind save for its ability to detect planar gates and portals. This ability also extends to an almost unerring ability to “read” where the portal will open up for them.

Ibixians rule by might within their tribes, and a handful of the strongest goatmen will dominate the others. Usually these ibixian chieftains have a few levels of barbarian to back them up.

Ibixian tribes congregate in runed temples of pulsragal, vermin and plague infested domains such as the worst slums or dungeon levels might allow for, and in the Outworld they always dwell in regions that border on the toxic for other creatures. 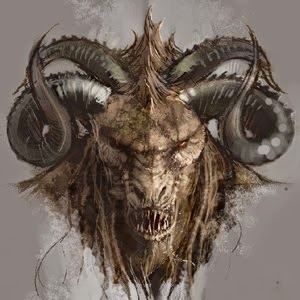