By Crom, Modiphius is making the Conan RPG!!!!

ENworld dropped the bomb here! This is good news. I snagged Mutant Year Zero recently and it was impressive. I have immediate high hopes for the future of Conan in gaming now. Modiphius's announcement page indicates a planned August 2015 release (and it does look like they are pretty good at hitting their target dates). They plan to use the "2D20" mechanics developed for Mutant Chronicles 3rd Edition (the playtest packet is free at rpgnow) so we can get a sense of how it will work.

From the release, here's who they have lined up to design the game:

That looks like a pretty decent lineup to me.

It also removes one suspect from the list of "what IPs could Fantasy AGE come out with this year?" 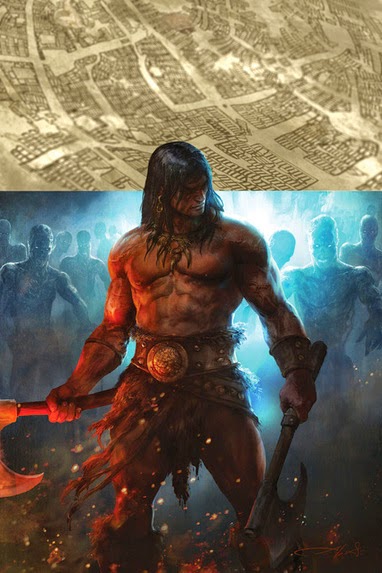 Posted by Doctor Futurity at 12:28 PM