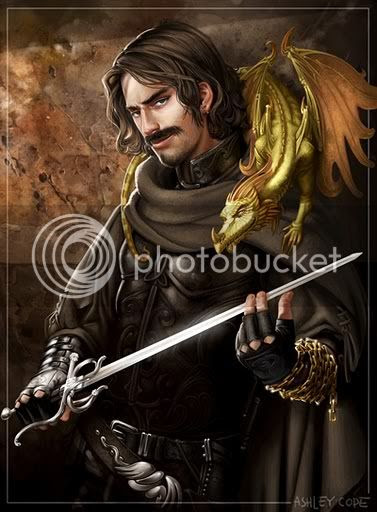 The main gripe I have always had with Basic and Expert D&D was the confusion between class and race. Strictly speaking, the game is mechanically offering a set of specific choices that aren't actually out of line with AD&D, by simply limiting each race to one class: an elf is a fighter/mage, while the dwarf and halfling are both fighters, essentially, with a mix of racial features (dwarven saves, halfling sneakiness) that make them distinctly their own thing.

I realized that one could borrow the AD&D multiclassing rules easily enough and apply them to B/X D&D without much fuss. Under this approach you could have such combinations as a dwarven thief or a halfling cleric, so long as the class met all the minimum requirements for all prerequisites. This approach breaks down with the elf, however.

Of the three racial classes, the elf is the one that is hardest to multiclass with because the core book elf is already a fighter/mage with a significant XP penalty to advancement. You could do it, sure...but then you have effectively a triple-classed character. You also would need to decide if you can half an elf/mage or an elf/fighter combo as well. Such a combination would be of great benefit to a elf/mage (doubling magic casting, effectively) and of minimal gain for an elf/fighter (allowing some modest extra hit points and maybe slightly better attack tables). Hardly seems worth offering.

So in the spirit of allowing such combos in any B/X D&D game I might run I have worked out the following B/X multiclass houesrules:

Available Options: Elves may be multiclass elf/clerics or elf/thieves. If an elf wants to be something more distinct, then see the variant racial class option that follows below.

Multiclass Rules: The multiclassed character conslidates both classes as follows:

Experience Gain: Either add the XP requirement for each level together, or track each separately; all XP gained is divided equally between the two in the latter case.

Hit Dice Per Level: Formula when you gain a level is to roll the HD of each class, add CON, then divide by two (round up). So a Dwarven Thief rolls 1D8+1D4+Con Modifier, divides by two, rounds up.

Weapons and Armor Allowed: You get the most restrictive armor but the most liberal weapon proficiency. So a Dwarven thief is limited to his thief armor limits but has acsess to his dwarven weapon skills.

Magic does not Stack or Mix: You can't be an elf mage because elves are already mages, essentially. But an elf cleric is permitted since it's two different kinds of magic, and must be tracked separately (i.e. you can't cast magic user spells with cleric slots).

Humans and Multiclassing: for purist campaigns, this is a big No. You could hijack dual-classing rules for that if you want. For impure modern day postmodernist D&D with a retro origin you could easily allow humans to do the same. The key issue of course would be that humans can only multiclass with nonracial classes (fighter, cleric, thief and magic user).

Elven Variant Racial Classes: This option lets you play an elf straight-up, but by substituting some class features for others, you can create an elf with no magic who is a better thief, fighter or cleric. This is advantageous in that it allows you to play an elf who sacrifices some traits for the benefit of quicker XP advancement. These variant racial classes are as follows:

Elven Spell Thief
The elven spell thief sacrifices his or her fighting abilities in exchange for a thief’s skills as well as weapon and armor limitations. An elven spell thief has intelligence and dexterity as prime requisites, substituting dexterity for strength.
Spellthief Traits: Hit dice is D4, weapon and armor choices are same as thief, class abilities are the same as a thief (including backstab) and advance at the same rate. The spellthief advances as an elf for XP purposes and is still capped at level 10. Spellthieves gain magic as normal elves do.

Elven Rake
The elven rake is a figher/thief variant with no magical ability. This elf loses spell casting but gains thief abilities and is still a good fighter. Substitute dexterity for intelligence as a prime requisite.
Elven Rake Traits: Lose all spell casting abilities, but gain the thief abilities, including back stab. You retain the elven armor and weapon abilities, and also retain a D6 for hit dice. They may advance to 10th level as per the elf advancement chart.

Elven Priest
The elven priest is a holy caster, usually of some nature god, giving up a magic user’s advancement in magic for a clerical pursuit instead. Substitute wisdom for intelligence as a prime requisite.
Elven Priest Traits: Hit Dice remains D6, and the elf loses all magic-user traits, instead advancing precisely as a cleric would (so refer to clerical advancement for gaining spells instead of the normal advancement for an elf). Elven priests may gain turn undead, but if so they must adopt the weapon and armor limits of a cleric and lose the elven armor and weapon restrictions instead. If you opt for weapon and armor freedom in lieu of turn undead then you are considered an elven war priest.