I made Valgos last week for B/X D&D and then also statted him for Pathfinder, so after posting the vertiginous and vile grave knight (stats courtesy of Dingle's Games) I realized that there was no equivalent such monstrosity in B/X D&D. Death Knights, of course, appeared in the original Fiend Folio, but that's AD&D, man...not B/X. And B/X is sort of the retro thing I'm in to now. Also, Pathfinder. So here's an unholy union of the two in the form of a B/X edition Grave Knight: 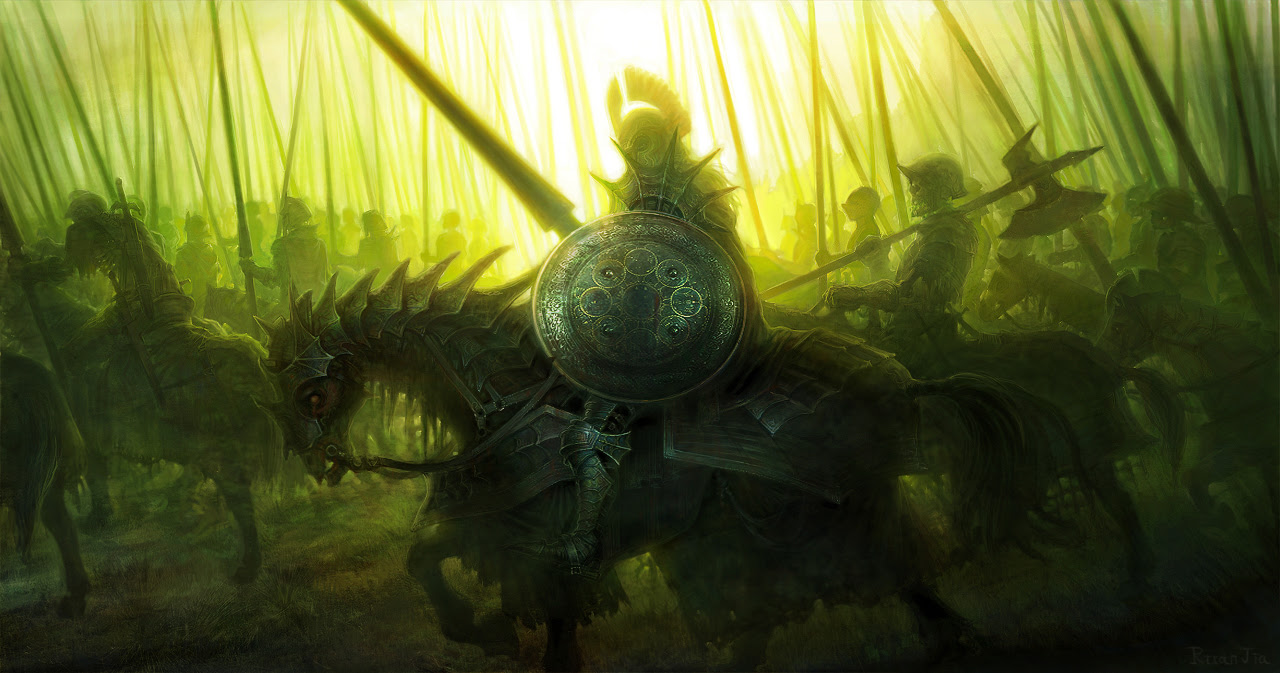 Grave knights are the remains of vile warlords and evil fighters who are so immersed in chaos that not even death can shackle them. The grave knight rises as a powerful undead lord with destructive abilities and an army at his beck and call. Few grave knights tend to work together, unless it it toward a common cause.

Grave knights can summon a skeletal steed, which is in all manners a skeletal horse that obeys the grave knight. The mount has the stats of a horse but is undead, and can be resummoned once per hour, even if destroyed.

Grave knights are kept perpetually moving by their chaotic armor, which restores them to life 1D10 days after they are destroyed.

Grave knights constantly radiate an aura of chaos for a 30 foot radius. While in this radius healing spells and turning attempts do not work unless the cleric makes a Save vs. Death!

Lastly, grave knights are masters of the undead and can attempt to control undead as a cleric of their level, in which a turned or destroyed result instead enslaves the target undead to the grave knight's will permanently (intelligent undead may make a save vs. spells to break free of this effect). If an undead is not controlled in this manner or makes a save it is free for the next twenty four hours. Notice how awesomely simple the stat block above is, and yet it encompasses all the relevant details that the equivalent stat block from yesterday's post does.

I love Pathfinder, but I sure do wish it were a leaner, meaner system with less mechanical clutter!
Posted by Doctor Futurity at 6:01 AM