Warlords of Lingusia II: The Middle Kingdoms circa 3500 a.w. 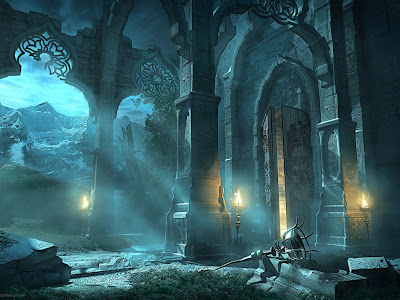 A Short Overview of the Middle Kingdoms, Circa 3500 a.w.
The habit of calling the cradle of civilization the Middle Kingdoms has never faded. It is so entrenched that this region has been known as such for more than five thousand years, or so scholars and historians contend. Nonetheless, the inexhorable march of time has had a strong hand in shaping the region.
Old kingdoms, especially coastal kingdoms, have been devoured by the rising coastal waters over the last ten centuries. The global warming has led to increasingly warm summers and stormy, vicious and unpredictable winters. Certain regions of the world were especially susceptible to change due to local geology. In a mere century the dramatic flooding caused by the melting of the distant polar reaches led to the flooding of the Amechian basin, which itself was significantly below sea level and has always suffered during the hothouse epochs of the world. Entire civilizations were forced to migrate or suffer total devastation.
In the Middle Kingdoms, the cultural descendants of long-standing groups such as the Hyrkanians and Octzellans continue to thrive, but the political and social boundaries have moved, often dramatically. The old power structures are gone, as well. The last living Hyrkanian emperor, the dei’elevasos, died in battle nearly seven centuries ago, during the barbarian invasions of 2800-2835. These invasions, brought about by the sweeping upheaval of the northern tribes, led to a new lengthy dark age for the Middle Kingdoms, which have only recently begun to lift.

Octzel, Valance and Zatacas
Octzel, arguably the strongest regional culture, has held through admirably, if not unscathed during the dark ages. The kingdom, which had fragmented in to three separate provinces of competing power a thousand years ago, remained split and barely survived the period of foreign invasion. In the present, the enigmatic growth of the woodlands of Mitra’s Forest have engulfed what was once Halale, and separated the northern Octzellans from their southern counterparts of Valance. Moreover, the invaders fro Zatacas have led a fifty-year long push to seize the territory of Valance, although they were driven away successfully from the Octzellan shores of the north. The Zatacans have also established a firm presence in the region of the Jhaknian coast, where the local tribesmen make for easy prey to slavers. Most of old Jhakn is now beneath the risen coastal waters.

Etrurias, Gharspad and Golmadras
In the central regions around the Inner Sea two new major powers have arisen. The northern Persedonian and Eastonian descendants of old have long since intermixed and gradually the republic of Etrurias emerged, to dominate the western seaboard. Across the waters, in the once elvish lands of Silvias is the empire of Golmadras, fought and won through vicious battle against the elves (both light and dark) by refugees and loyalists of the exiled sorcere-king from Argosea. Here, the survivors of the ancient civil war in Karaktu settled. In the current era, they have now stood as long allies with the Ashtarth, and the reach of Golmadras even took in old Blackholm, which was renamed Saddikar in honor of the conquering god-emperor at that time, but Hyrkanian forces out of Hyrendan united the collapsed city states of the old empire sufficiently to stop further advancement. Rumors abound that the old Lich Queen of Blackholm is not dead, but merely bides her time to awaken and reclaim her lost city when the stars are right.
Westward from Etrurias, beyond the Cimmeran Mountains is the rough coastal kingdom of Gharspad, a young new kingdom risen from the ashes of old. Gharspad has yet to be tested.

Sendral
In the distant east lies Sendral, which is still nominally Hyrkanian but with mixed Cretean ancestry. The people of Sendral look upon their heritage with the Old Hyrkanian empire much as the English of 1200 AD looked upon old Imperial Rome. There are more myths and folklore to be found than true history, now.

Nordaman and Hyrkania
In the north, dominating the Niras Forest which has also inexorably grown out to encompass much that was once grassland, and with a capitol now amazingly centered at the city of Hyraphon in the Thargonid Mountains, lie the Kingdoms of Nordaman. The Nordamans still nominally identify themselves as part of the Old Empire, but there has been no uniting emperor in seven centuries, and the lineage of kings since the barbarian invasions has been exclusively from northern blood. The region still holds strong ties to the old Hyrkanian cultural traditions, suffused with the Nordaman, Hettanar, and Zarnian influx of foreigners who invaded the land centuries ago.
In the south, squabbling city states vie for control of the region with no common leadership, though Saddikar claims to be the spiritual successor to the imperial lineage of the Hyrkanian Empire. It has been more than one hundred years now since the last major barbarian invasion, although every such assault from the northmen has been repelled for the last four centuries. The southern Hyrkanians remain fiercely independent, so much so that even their nationalist sense of pride prevents them from achieving a true unity that might otherwise allow them to reclaim the northlands of the old empire.

The Sea of Amech
East, in the Sea of Amech, where once there was a great basin containing an immense rain forest there are now island chains, on which the descendants of the Belladasians, Hotepsalans and other cultures now reside, save for those who pushed westward to found the city of Holamar or northward in to the Great Plains. Perhaps of all the tragedies of the global warming, this is the most devastating, for so much ancient history and so many cultures were lost or displaced. Now, journeying to the Eastern Kingdoms requires a boat or a lengthy caravan journey through the northern plains or the southern passage through Cretea.

Enarrion, Covarte and Andanir
The so-called “Middle North” is a vast gateway for trade and commerce between the Middle Kingdoms and the rest of the Lingusian continent. From the grand city of Yllmar one can travel eastward by land to the Greater Plains and the fabled cities of Karan and ruined Starthias or by water to the Sea of Amech region. Northward one can travel along the coast of the Baldaric Sea and in to the northern territories of Hettanar, Autrengard and beyond.
Enarrion itself is famous for its legacy in the era of the Plague of Unarak, the time in which almost all living races were wiped out by the dark god and its undead legions. It was here, in lands that were once provinces of the ancient Hyrkanian Empire long ago, that the survivors of the undead plague rallied and began to push back, eventually uniting the survivors of the Middle Kingdoms in to an army strong enough to forge across the Great Plains to the very gates of Starthias, and to at last cast down Unarak and end his destructive reign.
Andanir is the eastern domain of Enarrion, ostensibly its own polity under control of an appointed regent. Covarte is an old land once dominated by a culture of river folk who always relied on trade with Amech until the time of the Deluge, after which they established a stronger seafaring culture and benefit more than ever from the trade and commerce that passes through their lands.

Senempar
Ostensibly Senempar is a polity of northern Hyrkania, but this curious region along the coast of Nyarlith is nestled in the western end of the Slithotendan Mountains (better known as the Mountains of Madness), and reflects a unique local blend of cultures and races. The city was founded as a bastion of defense in the Plague Years, and prospered thereafter, eventually becoming a new hub of trade and commerce, providing a bridge between the underworld cultures of the Lower Dark and the surface dwellers. Today, Senempar is noted for its unusual mix of politics and intrigue as well as for its position adjacent to the vast domain in the mountains called the Tomblands, where four thousand years of kings and gods have been interred.

Galvonar, Agasar, and Azadhan
A medley of ancient kingdoms can be found in the southern lands of Lingusia. The kingdoms of Galvonar hold a history nearly as old as that of Hyrkania’s territories. Here can be found the ruins of countless fallen empires, including the vast empire of Agasar which was founded from the ashes of ancient Persedonia, the ruins of Old Galonia and it’s lost god-kings on top of which the new, young empire of Azadhan was built, and the vast Haikyndyr Alliance of the Great Desert, where the lizardfolk rule supreme.
Galvonar as a whole is famous for its ancient secrets, the belief that its ancient dead are more common than the living, and its reverence for these undead ancestors. The concept of immortal god-kings and the concept that mortals can hope to ascend to godhood stem from these lands, and a few scholars even believe that the people of Galvonar may well be direct desendants of the fallen Prehunates from ten thousand years gone.

The Yekastran Alliance and Naminthia
The Yestastran Alliance is centered on the trade port of Naminthia and is the strongest eastern alliance to date. Naminthia, more commonly called The Jewel of the East is the grand capitol of this alliance, and is the regional capitol of the Kingdom of the Shining Sands. Its present rulership consists of King Demardak and Queen Tatatha (daughter of the sheik Razam of the Ny’Koddin Alliance).
Naminthia is the primary city and self-proclaimed capitol of the southern region, ostensibly referred to as the Yekastran Alliance, in which the Naminthian provincials, the eastern Carataeans, the Chigros chieftains and the sheik of Ny’Koddin have all agreed to a mutually beneficial alliance of trade and commerce, as well as military assistance. The nominal “king” of Yekastra and the mastermind behind this alliance is Demardak, who through a, arranged marriage with lady Tatatha, the daughter of the sheik Razam, has insured a strong alliance between his and the second largest military force in the region. The benefits of opened trade between Caratea and Chigros insure they remain compliant, as well.

Rulership in the Middle Kingdoms
Here is a quick summary of the major movers and shakers in the world today:
Andanir:
Regent Arimas Gonn Darspad 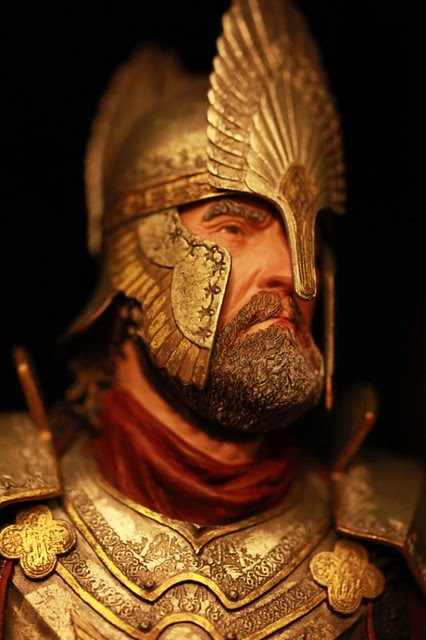