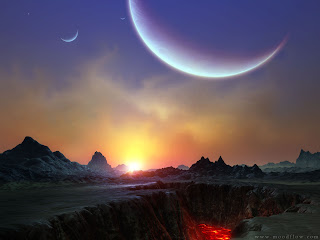 More Traveller that has seen print before, but which I felt deserved a place in the blog. These linked worlds have no map; you can insert them into whatever sector you need a collection of odd worlds to explore. These are not specifically part of the Ad Astra setting, but they could be.

Regeren
X873500-1(C) Tmp 9
Regeren is a wasteworld, a relic planet that suffered a terminal meltdown to do as yet unknown causes approximately 2,000 years ago. It was founded by human colonials, possibly from a STL sleeper ship, almost 4,000 years ago. The Regeren culture was prolific and expansive, but something led to its downfall. Warfare is clearly evident, and they even seem to have dropped asteroid payloads on their own cities as weapons.

There is no active starport at Regeren, but there is a small scientific research expedition headed bu the Utopia Prime Exoarchaelogical Institute. The leader of this expedition if Prof. Carol Dranir, who is workinghard to uncover the myster of what happened to this TL 12 society before it was eradicated, and whether they did it to themselves or it was from an outside group.

There is a hidden class D starport manned by the Sathar Consortium in the region, and used by friendlies to the Sathar normally labeled pirates in Penumbra space.

Recently, the four communications relay beacons and satellites in orbit went offline, and Prof. Dranir needs them repaired/replaced, as well as info on what happened to them. Moreover, visitors arriving will receive a brief, strange burst of data from groundside that seems to have come from a relic structure; the data is encrypted using techniques common to Regeren’s military.

Vortex
C632314-C Tmp 3
Vortex is the appellation commonly used to describe what happens to crafts’ instrumentation when approaching this world….to most it’s like “slipping in to a vortex.” This anomalous amber-class world is presently being studied by the Starcom Science Institute out of Paridas for evidence of what is going on here, both on the planet and in the system. The head of the institute, Dr. Richard Chandler, is a congenial fellow who decries the corporate military presence to be found here in favor of the scientific endeavors. He believes that evidence of progenitor technology—the local phenomenon of the two-million year old species which affected so much of this sector and its neighbors so long ago—may be responsible for the anomalies, but so far the only direct evidence of progenitor presence is in the form of a vast dish-like object circling Vortex’s sun in its own trajectory near the Kuiper belt.

Recently, Dr. Chandler lost contact with his crew working on the alien artifact, and he needs someone to investigate.

Paridas
A210686-E Tmp 2
Capitol of this subsector and central station of activity for the TSA, the PSS and The Scout Service. Paridas is as close to normal as you will get in Deep Space Subsector 2. The planet serves as a principal waystation for local authorities as well as Commonwealth ships, and is the central hub in the region for interstellar communications and news. With multiple outlying gas giants, the system provides ample resources for ships relying on processed refueling, and it is heavily patrolled, insuring that most pirates and other raiders from beyond the rift do not bother the mercantile traffic in the region.

Than’kk
BA68763-B Tmp 8
A polity of Paridas, this world has a large migrant population of adapted humans as well as the local indigenes called the Athan’ka, which are a form of intelligent cetecaean. The population has thrived here for centuries, but most of its technological evolution has revolved around adapting to life on a water world.

Skaltin
D665671-A Tmp 6
Skaltin is the first gateway world in this region to the Penumbra Nebula expanse. Skaltin is a virtual lawless planet, populated by succeeding immigrant waves of various extremiss, revolutionaries and expatriates over the centuries. It has arranged for a nominal political position in the Penumbra Collective, allowing the PSS to maintain a base of activities here, but there is little actual authority in the region outside of the twelve “families” that keep the system running. There is a vigorous local economy centered around belt mining and fuel extraction from the three jovian-class planets in-system. The “twelve” like the PSS here mostly as a deterrent from rampant piracy. The local PSS commander is Commodore Alice Burns, a weary older woman who at once is horribly pessimistic, but secretly loves the challenge of this system.

Gassar
E100302-C Tmp 2
Gassar is a small indendent colony of rebels who believe that jovians (4) of the system show strong evidence of intelligence life brewing in their depths. The locals are cult-like in their observation and study of these beings, and have been trying to communicate with them for two decades. Gassar itself is a small barely habitable moon, and it is unclear how they sustain themselves with such meager facilities and limited contact. Their leader is Andon Poorman, a man wanted by the Terran Authority many sectors away for a veritual genocidal crime many decades ago.

The Sathar have a secret military installation here, and they are interested in the work going on at Gassar, so they provide funds and resources in exchange for the data the colony generates. It is a class C military outpost. 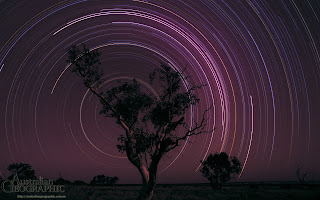