A Past, Present and Future History of D&D plus Ryan Dancey

All of this makes for some fascinating reading, and while I know it seems like the rpg.net crowd is split between casting Mr. Dancey in bronze and burning him in effigy, I tend to think the guy knows what he's talking about (or at least makes a compelling, reasoned and educated presentation of his case).

So first, go to the Escapist and start here. This is basically a trio of slightly biased articles that take as a given that D&D 4th edition has done more harm than good (although it does try to address the changing face of the hobby a bit, the article series pins a bit too much on 4E's shoulder as the point of blame). Regardless of one's impressions, loves or hates for 4E, it is hard not to dispute that the current community around the game is fragmented and that the way the game and brand have been managed is at the center of it all.

Ryan Dancey was quoted in the article briefly, and decided to elaborate on it here and then with follow up comments as well. It is very interesting stuff, and I think portrays a really interesting picture of what's going on and gone on internally at WotC over the years for them to get to this point. Anyway, if you are at all interested in the business of RPGs, its worth a read. 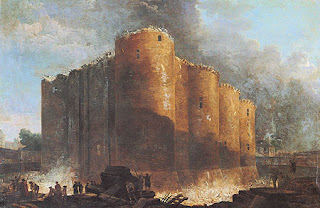 I really find this one quote interesting from Ryan Dancey:

"Flight to Quality" isn't something publishers do. It's something consumers do. And it's an emergent behavior, not a planned or scripted thing. It just happens because most people are rational, and in a shrinking market, the rational thing is to go where most of the other people are going. Once it starts, it becomes a self-fulfilling prophesy. In Pathfinder's case, it's well past the starting point.


...because that is exactly what is happening, en masse, in my local area. My own groups are 100% Pathfinder as of yesterday, although that is at least partially because I decided to commit exclusively to that system for my D&D-esque needs for this year (but the move immediately doubled the number of players attending my Wednesday game, so it had a net gain effect).

Anyway, the general consensus is that Pathfinder is alive and well and being supported. It is visible in the community and its publisher's public face is proactive, friendly and responsive to what the community wants. Admittedly, Paizo is not responsive to what 4E fans want (Pathfinder and 4E have key differences in intent, obviously), but the problem here is that I'm not sure WotC is even responsive to their own audience, either. This is having a specific impact on pretty much anyone locally who is not playing D&D Encounters. In fact as of this week I think the only 4E games active that I am aware of at the local game shop are Encounter-based.

So yeah....I can see this phenomenon Ryan is describing, and its happening in real time, locally.