Tales of the Cannaded Dei: the Prehistory of Sabiri 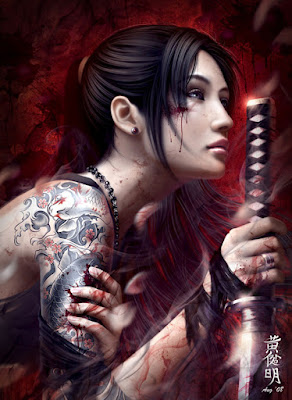 The Prehistory of the Land: 700 years ago and beyond


Sabiri’s history is murky after around seven centuries ago, due in no small part to the absence of written records from that time. It is known that there was a large kingdom that ruled the entire region for several centuries that fell about six hundred years ago. The name of this empire is lost to history, but most locals call the people who built its ruins the Kadelans, after the most famous of its ruined cities, believed by some to have been the capitol of this lost kingdom. The word itself, Kadela, is Sabiri for “Those who Came Before.”

Exactly how long the Kadelans ruled this region is unknown. Arcanists have recorded over one hundred ruins and sites throughout the land, and suggest that they were driven people, for many of the monuments and structures they built are fairly impressive, but most of the stone used to build these structures came from quarries two hundred and more miles distant in the Kossarit Mountains. There are few consistent rivers in Sabiri, so building in a location to rely on local rivers for the easy passage of cut stone was unreliable at best. There is plenty of evidence that the Kadelans used slaves, however. All in all, it is suspected that the Kadelans may have ruled for at least seven to ten centuries, as such a range of time would help to explain how they built so many fantastic monuments.

One of the most famous Kadelan sites is right next to the city of Fartheren, where the infamous Necropolis can be found. It has been very popular in recent centuries for Sabiri warlords to seek out the Necropolis as a place of burial. Although most of these warlords like to suggest they will build their own monuments, the truth is that almost all of the ziggurats in the Necropolis were there long before the fall of the Kadelans. Most of the monumants are large ziggurats, the largest of which is nearly 300 feet high, though most are only 20-30 feet in height. The oldest monuments exhibit very detailed, sophisticated architecture and design. The newer monuments, including the impressive mound that belongs to the famous warlord Zvhakkatas, are much simpler and are often created by heaping earth over a barrow and then hauling in stone plates to give the exterior a pyramidical shape. The last such tomb to be made was Zvhakkatas’s tomb, a century ago.

Although the Kadelans wrote in an ancient script derived from the lost Inadasir language, they were prone to offering little detail in their writings. Almost all translated script, stelae and remnant scrolls found among Kadelan ruins amount to business records, proper names, and occasional land deeds. They appeared to have little or no interest in recording details of their culture, history, or deeds. Although they left no sacred monuments behind (other than to their buried rulers), some take the absence of any idols to Kobal and other demiurges as a sign that they revered no gods. This is at least partially true, as the only temples found to date are dedicated to entities best described as demon gods, not unlike the one hundred and thirteen entities worshiped in distant Xoxtocharit. Boolion, Colobon the Asp, and Vargre of the fire are three of these beings worshiped by the Kadelans that have recently seen their cults restored after being rediscovered by the Arcanists.

No one can really say why the Kadelans perished six centuries ago when warfare quickly destroyed their many cities and drove their people to extinction. Some speculate that the Sabiri, believed to be migrants at the time, arrived in the land, perhaps driven by a very charismatic warlord, and that they eradicated the Kadelans. Others point to the many remains of the old minotaurs in the land, called the Auman, of which tens of thousands of skeletons have been unearthed in the ruins of the city of Kadela alone. It is clear that the minotaurs were far from extinct in that lost age, though perhaps whatever killed them also killed the Kadelans; perhaps they killed one another.

There is one more link to the mystery of Sabiri’s prehistory. The port of Westgate is built on the ruins of an older city, founded by Masirians and abandoned six centuries ago. Many feel it was abandoned in the wake of whatever terrible war destroyed the Auman and the Kadelans. Unfortunately, the Arcanists who have such a keen interest in the region are barred from activites in Westgate, and so little formal research has been done. Although a few Preservationists have been interested in investigating, a treaty between Espanea and Masiria prohibits tomb robbing in Masirian ruins, as there are miles of crypts and catacombs beneath Westgate. For this reason many possible questions about what happened six centuries ago remain unanswered. Even descendants from that time in Masiria (some of whom may have been children at the time, Masirians being so long lived) have been silent on whatever transpired so long ago.

Next: History in Antiquity
Posted by Doctor Futurity at 6:00 AM