At the beginning of January I was thinking that a good forecast for this year was that we'd see more innovation in OSR rule sets with unique settings, but I wasn't thinking big enough...I focused on subgenres of fantasy and muddied the waters. My total conversion to a White Star sort of gaming focus lately had me realizing we need other non-traditional fantasy genres to get the White Box treatment. Right now we have White-Box/0E inspired games for science fiction (White Star), planetary romance (Warriors of the Red Planet), starship troopers (Colonial Troopers), super heroes (Guardians), fairy tales (Bloody Basic Mother Goose Edition), Totally-not-Warhammer-40K Space Hulk (Hulks & Horrors), espionage and X-Files (White Lies), urban fantasy (Skyscrapers & Sorcery), and no doubt others I don't know about or own. Some genres are well-represented (such as pulp adventures), just not with the White Box style.

Here's five genres we don't have represented properly yet, that I'd really like to see (followed by a mess of other suggestions):

Actually there is Stark Space, a sourcebook for White Star, that provides a nice expansion to cover this genre. But an actual dedicated Cyberpunk genre ruleset is not in the mix right now, anywhere. If I want to run guns as a solo or fixer in Night City, there's really no ideal system to handle this right now without grabbing White Star, Stark Space, and maybe White Lies and duct taping them all together with some classic CP 2020 for setting material. 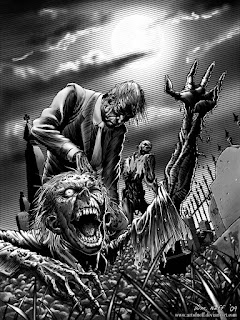 The only OSR-styled zombie tome out there is Rotworld, which is actually a rendering of the classic Pacesetter game system in zombieland. It's a good straight-forward treatment of the genre but it is not what I want: a White Box treatment. A tome with some survivor classes, tons of equipment/salvage/survival rules and a load of cool GM tools for hexcrawl survival in zombieland would be amazing. 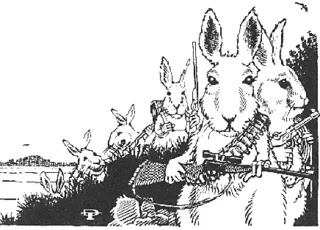 Shockingly there's no real competition out there for post-apocalyptic emulators outside of Mutant Future, which of course is the Labyrinth Lord system with a very heavy coat of Gamma World colored paint. I like Mutant Future, but would love to see a White Box version in the same style and feel as White Star or White Lies, or possibly Warriors of the Red Planet. 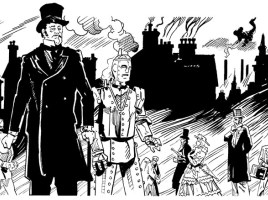 There's nothing like this anywhere for a classic OSR style. Instead we can look to the reprint of Time Master, or maybe Time Zero for Savage Worlds....but a White Box approach to time travel could make for a really interesting sort of setting. The challenge would be in figuring out how to handle a scenario generator for multiple timelines, and work out an over-arching set of general themes for the GM's toolbox...sort of how Dr. Who style time travel is one flavor vs. Star Trek or Quantum Leap type time travel. I feel like this could be a really interesting project for the right brave soul (not me, alas). 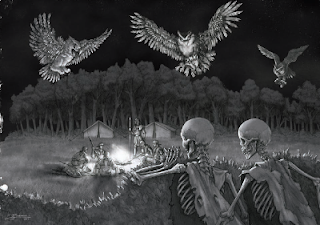 Right now the closest effort at horror in OSR is Silent Legions, which is a Sine Nomine book so we know it's good, and closely aligns in general with the 0E aesthetic for the most part. But Sine Nomine is known for thick tomes with lots of elaborate detail and implied background....contrast Stars Without Number to White Star, for example; the former is like an encylopedia of procedurals and the latter is like a VCR loaded with Star Crash....if you've only got a couple hours to kill option #2 is going to be much preferred. The horror genre needs something like this in a White Box format....one with a bunch of ready to rumble monsters, quick and easy rules for evil magic, some investigator classes, and maybe some efficient setting rules for a few key eras to help the GM along. I could really use a White Box styled horror game, is what I am saying....

Absent from this list is the steampunk genre, which I'm not personally fond of, but I suspect someone could make a great OSR White Box game out of. I've also omitted genres that are not represented right now but which may be better served by other game systems' styles, such as schlock horror which is usually best with one-shot session systems. A wide range of OSR White Box games could easily spring out of an effort at adapting all sorts of historical settings into the system and style, however. Imagine an Imperial Rome White Box book, or one focused on ancient Greece. These have the disadvantage of requiring the proper level of work and research....and sometimes the effort spent in documenting the setting for use in an OSR system can make it hard to show restraint in the design, making more complex iterations of the game more suitable to the job at hand. That said, I'd love a good, clean White Box style book like "Ruins & Ronin" but exclusively for ancient Greek adventures, or Norse adventures...or Roman, Egyptian or even later periods. How about a Caribbean Adventures White Box? Think The Legend Pirates sourcebook, but actually useful.
Posted by Doctor Futurity at 6:00 AM